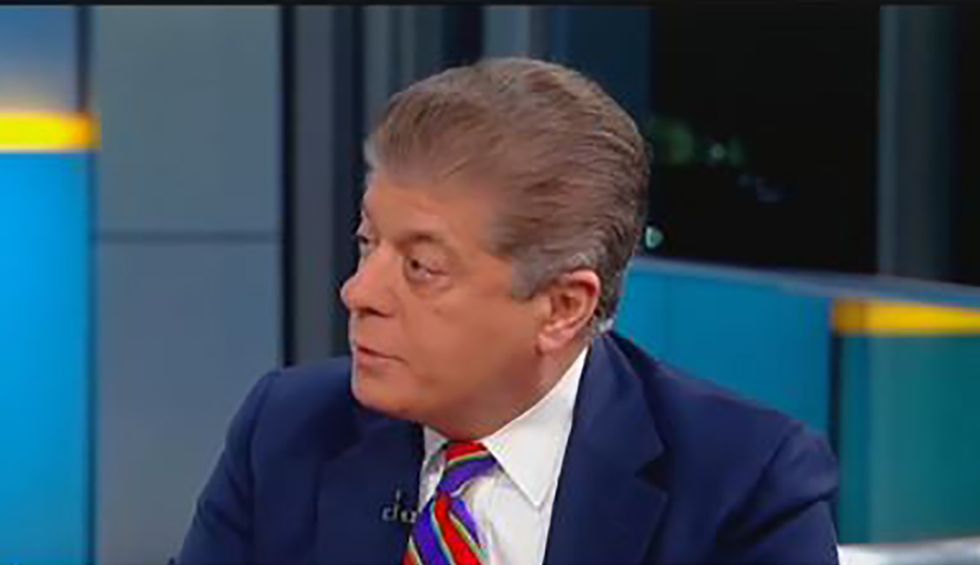 The ultimate purpose of House Republicans illegally storming a SCIF was to reinforce a narrative they have been cultivating to turn the public against impeachment: The hearings are secret and therefore Democrats must be hiding something from the American people.

“Let me tell you what I did, Kilmeade, I read the House rules,” said Napolitano. “And as frustrating as it may be to have these hearings going on behind closed doors, the hearings for which Congressman Schiff is presiding, they are consistent with the rules.”

“They can make up any rules they want,” scoffed Kilmeade.

“They can’t change the rules,” said Napolitano. “They follow the rules. When were the rules written last? In January of 2015. And who signed them? John Boehner. And who enacted them, a Republican majority.”

“What do the rules say?” said Earhardt.

“The rules say this level of inquiry, this initial level of inquiry can be done in secret,” said Napolitano. “What happened in the Nixon impeachment? My former boss. I was his page in the House of Representatives. Peter Rodino, instead of holding the hearings in secret, interviewed the witnesses in secret. Congressman Henry Hyde in the Clinton impeachment, witnesses interviewed in secret and presented in public. Congressman Schiff, with a different set of rules, chooses to do initial set of interviews in secret.”

“Secret doesn’t work in this world,” Napolitano added. “Eventually there will be a public presentation of this. At which point lawyers for the president can cross-examine these people and challenge them. This is like presenting a case to a grand jury, which is never done in public. So, I get it. The Republicans are frustrated. And they wanted to make a point. And they made their point. But this is just not the most effective way to show respect for what your colleagues are doing.”