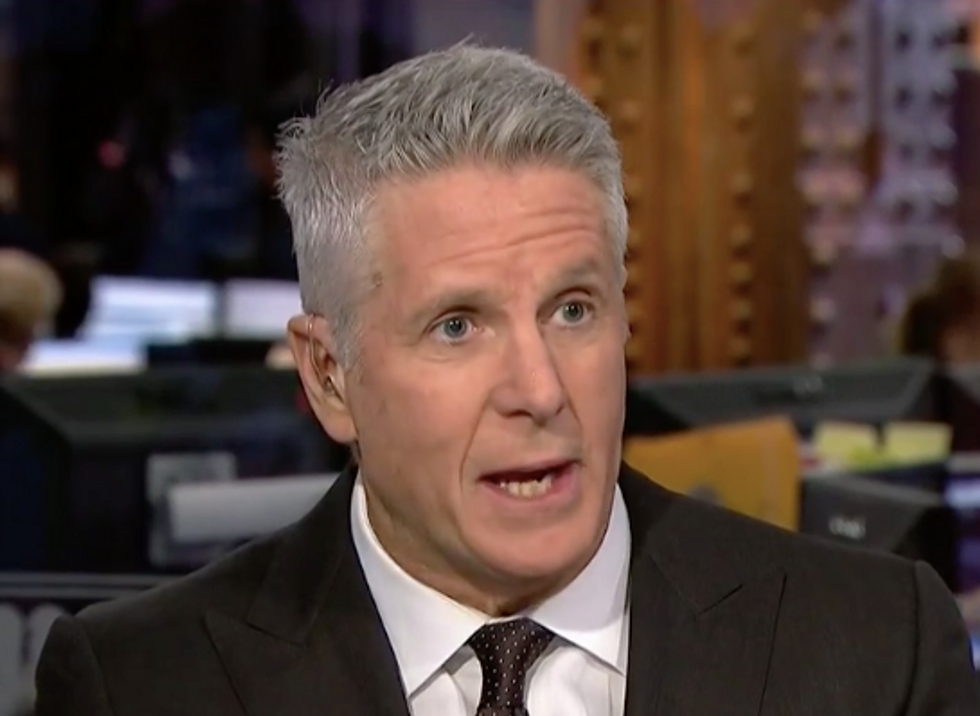 MSNBC's Donny Deutsch has a theory about his old pal President Donald Trump and his latest strategy to wriggle out of trouble.

The "Morning Joe" contributor suspects the president, whom he used to know from their days in New York City, believes impeachment is inevitable, but he's confident that Republican senators won't remove him from office.

Mulvaney, the acting White House chief of staff, admitted during a press briefing that he held up congressionally approved aid to Ukraine in an effort to press the country to investigate a conspiracy theory about Democrats and the 2016 election.

"He's got the defense going into the general public in the election," Deutsch continued. "That is his bet. I believe this is, once again, the same strategy -- 'Yeah, Fifth Avenue, I shot someone.'"

"So we're sitting here talking about how this strengthens the case for the impeachment in Congress," he added. "I'm going on the premise that he's playing a bigger, longer game. The ultimate transactional day trader is looking past this."

"I think you could be right in terms of Trump logic," Sharpton said. "But Trump logic is not always logical. What he is missing is the public is different in terms of their attitude than they were when he made the statement about Fifth Avenue. The majority of the public is saying they want to see impeachment inquiry or his removal from office."