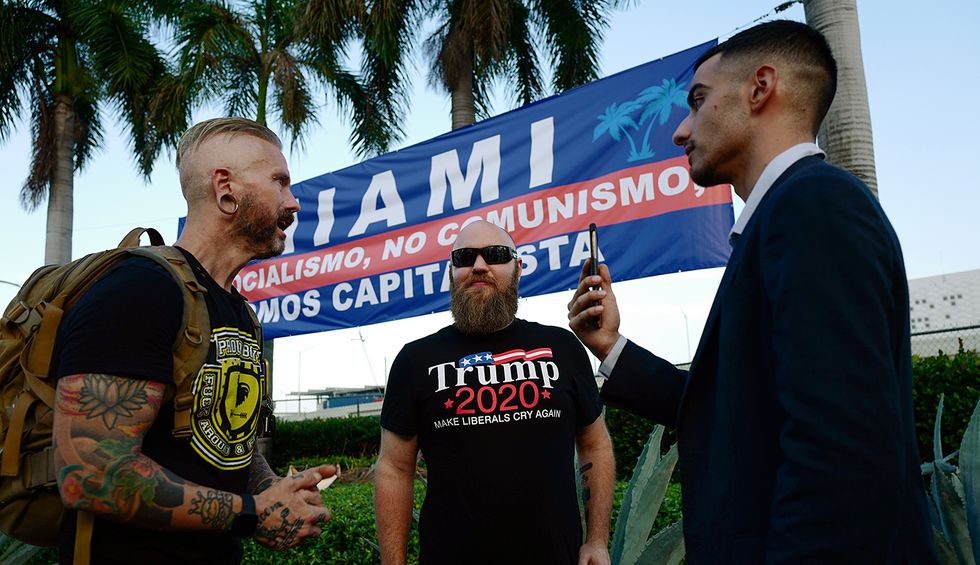 According to a report from Politico, Donald Trump is seeing his support in Florida slowly disappear which could cripple his chances of winning re-election in 2020.

At issue for the President — who has made attacks on people of color a central theme of his administration — is the fact that new voter sign-ups in the state are overwhelming non-white and the president’s rhetoric is not helping him sway them.

As Politico’s Marc Caputo, writes, “He publicly doubted Hurricane Maria’s death toll in Puerto Rico and spread conspiracy theories about it. He reportedly called Haiti a ‘shithole.’ He balked at the idea of allowing Bahamians displaced by Hurricane Dorian into the U.S., explaining that it risked bringing in ‘some very bad people,” before adding, “Since taking office as president, Donald Trump has alienated what looks like a mini-United Nations of voters with deep connections to other countries, tens of thousands of whom live in the state that’s essential to his re-election — Florida.”

The report goes on to note that the new voters are overwhelmingly registering as Democrats and that, “42 percent of the new voters who have registered are nonwhite. For the same period in the last presidential cycle, the percentage was 38.”

One demographic is particularly bad news for the President — Haitian Americans.

“Trump’s support among Haitian Americans has also taken a beating since he last campaigned in their community in 2016 and pledged: ‘I want to be your greatest champion.’ Instead, Trump has threatened to remove the Temporary Protected Status, commonly called TPS, of 56,000 Haitian immigrants who came to the U.S. after a 2011 earthquake rocked the country. And he allegedly called Haiti a ‘ shithole’ behind closed doors,” the report states.

According to one activist — Trump comments and actions have not gone unnoticed.

“Bad words are bad words. Nobody likes to hear their home country called a shithole,” explained Hans Mardy, a Republican Haitian-American activist. “As a Republican, I would like to see a better collaboration with our government.”

Trump also is facing problems with Floridians of Venezuelan descent, Bahamians and Puerto Ricans who also fill out the voter rolls.