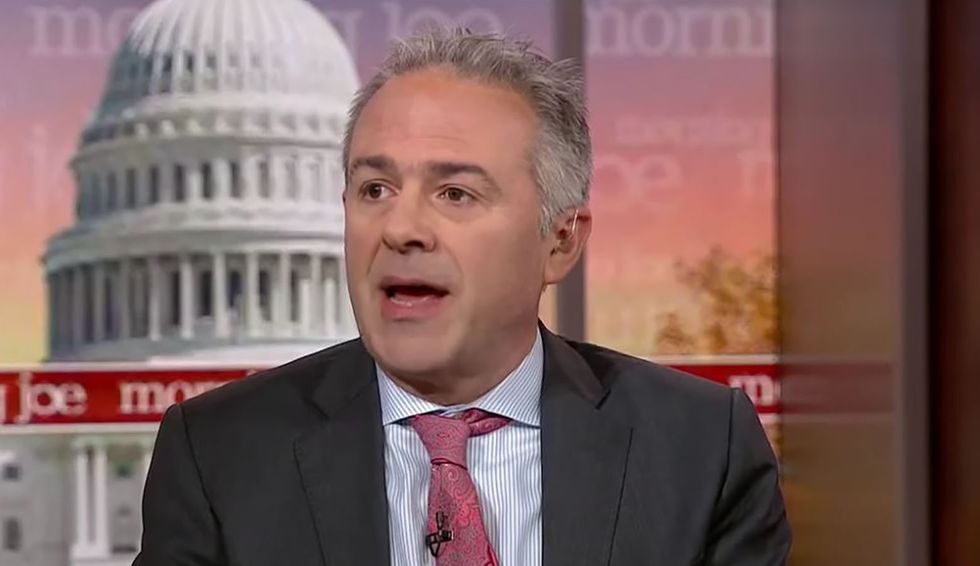 Appearing on MSNBC’s “Morning Joe,” an editor from the Financial Times looked at new polling showing a majority of Americans want Donald Trump impeached and said odds are rapidly increasing that the Senate will vote to remove the president.

After putting Trump’s poor numbers up on the screen for viewers, host Scarborough began, “You know, Ed, it wasn’t so long ago, maybe three weeks ago that the president said he was going to get worried if those numbers ever got over 50 percent. All of the fear and loathing, all of the weeping and gnashing of teeth of Democrats and whether they should start an impeachment inquiry. I think it’s gone away. Look at these poll numbers, they’re overwhelmingly supportive of an inquiry.”

“These polls have been so dramatic and so pronounced and so constant in the last three weeks,” Luce admitted. “I think, really this morning for the first time I was thinking about this, there is a material chance that Trump is going to be removed, one in three, one in four [odds], whatever it might be.”

“This is moving so quickly that he’s been caught out by himself more than anything else so dramatically,” he suggested. “And his foreign policy, which is the fate of Ukraine of course, is linked to all of this. It’s disintegrating in such a terrible realtime fashion causing such anguish amongst Republicans whose support he’ll need in the Senate.”