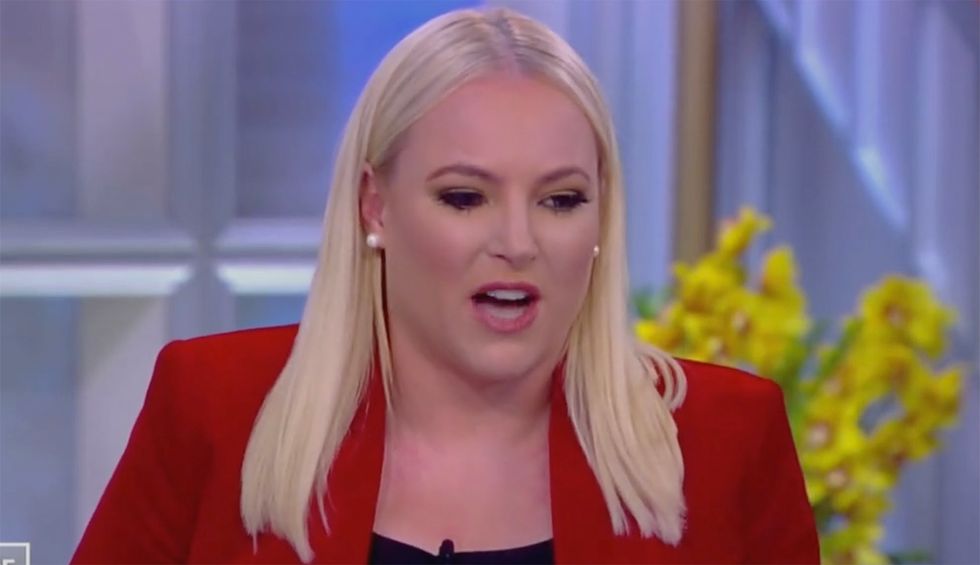 As often as Republican activist Meghan McCain butts heads with some of the more liberal co-hosts on ABC’s “The View” — especially Joy Behar — she shares the disdain that her late father, Sen. John McCain of Arizona, had for Donald Trump’s presidency. And on Monday, McCain not only lambasted Trump over the announcement of the withdrawal of U.S. troops from northeastern Syria — where U.S. forces have been working with Kurdish-led forces — but also, pro-Trump Republicans who support the policy.

“I’m going a little bit rogue, but I’ve been so mad this morning and so upset about this news that we are abandoning our Kurdish allies in the Middle East,” McCain fumed. “These are allies of ours that American soldiers are still continuing to fight alongside. All we did was arm them, and they fought for America.”

That was when she turned her wrath on pro-Trump Republicans.

“Right now,” McCain asserted, “we’re just saying we’re just going to leave them and abandon them. And to everyone in the White House and every Republican who was mad President Obama pulled out of Iraq: you feckless, unpatriotic cowards.”

President Donald Trump, defending the withdrawal on Twitter, has insisted that ISIS (Islamic State, Iraq and Syria) has been “100%” defeated in Syria. But McCain doesn’t agree, telling her colleagues on “The View” that the withdrawal is “a great day for ISIS” and asserting, “shame on everyone supporting this.”

As often as Behar disagrees with McCain, she found herself nodding in agreement with her and saying, “The Kurds are our allies. Why would you go up against your ally?”