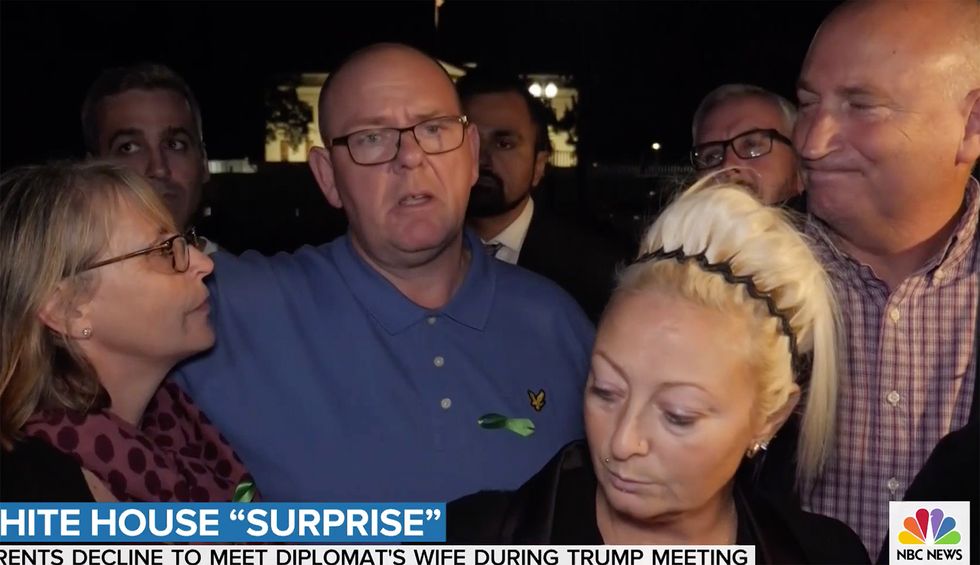 When the parents of Harry Dunn — a 19-year-old British motorcyclist killed in the U.K. on August 27 — visited Washington, D.C. earlier this month, President Donald Trump tried to bring them together with the American woman responsible for his death: Anne Sacoolas. But Dunn’s parents, Charlotte Charles and Tim Dunn, didn’t want to see Sacoolas. And Sky News is reporting that Dunn’s parents have decided to file a lawsuit against the Trump Administration for attempting a “cover up.”

On August 27, Harry Dunn was driving his motorcycle in the U.K. when he was run over by Anne Sacoolas, the wife of a U.S. diplomat; reportedly, she was driving on the wrong side of the road. Sacoolas and her husband subsequently left the U.K. and returned to the U.S., claiming diplomatic immunity. But Dunn’s parents have waged a campaign to get Sacoolas to go back to the U.K. and face justice.

Radd Seiger, a spokesman for Dunn’s parents, said in an official statement, “We are bringing claims against both Mrs. Sacoolas in the USA for civil damages as well as the Trump Administration for their lawless misconduct and attempt to cover that up.”

Seiger went on to say, “No one is above the law, and the family are determined to ensure that this never happens to another family again. It will be Harry’s memorial. His legacy.”

After Charlotte Charles and Tim Dunn met with President Donald Trump in the White House earlier this month, Seiger said that Trump’s “condolences to the family” were “warmly received.” But according to Seiger, they also said they felt “ambushed” by the way Trump handled things.

Seiger is now saying that the U.S. government has tried to “twist and contort the laws on diplomatic immunity” — and he has denounced the Trump White House’s attempt to bring Sacoolas and Dunn’s parents together as a “disgusting stunt.”

Seiger, this week, stated, “The Trump Administration is not only hell bent on breaking international laws, rules and conventions on diplomatic immunity, but they have no care or concern for the welfare of Harry’s family or any real intent on finding a solution.” And Seiger added, “President Trump told mum Charlotte at the meeting that we would look to approach the problem from a different angle, but the family have heard no further and have no faith in his words.”

Sacoolas, through her attorney, said she was “devastated by this tragic accident” — and Charles responded, “Sorry doesn’t cut it.”