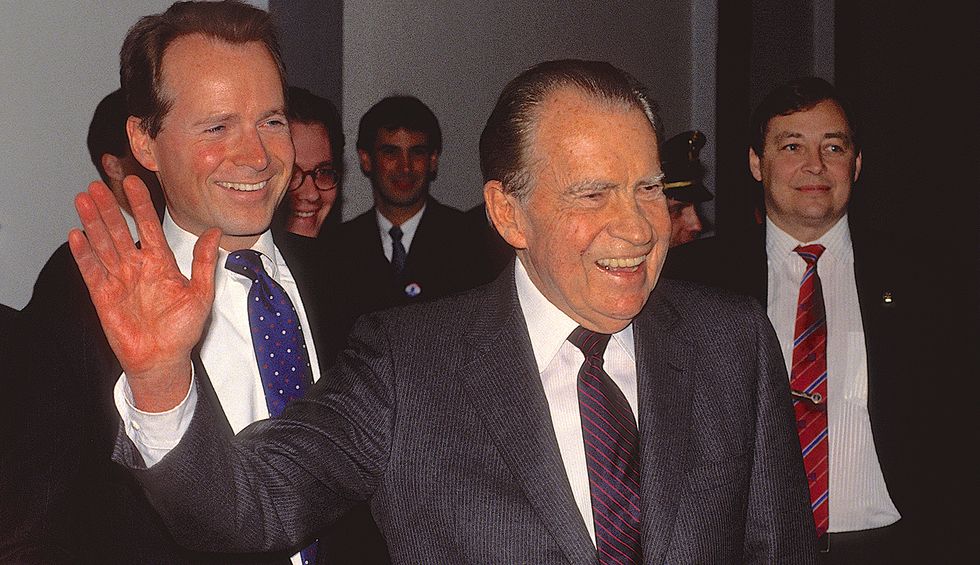 Lawyers for the Trump Justice Department stunned a federal judge Tuesday by arguing courts in 1974 were wrong to approve the release of Watergate documents to Congress during the impeachment inquiry into President Richard Nixon.

According to Politico's Darren Samuelsohn, Justice Department attorney Elizabeth Shapiro said during a hearing that if the Watergate case came before the court today, there would be a "different result."

The exchange came during arguments on the House Judiciary Committee's subpoena for the grand jury evidence behind former Special Counsel Robert Mueller's investigation into possible collusion between President Donald Trump's 2016 campaign and Russia.

"You know you're on the wrong side of history—and the law—when you're arguing that Nixon turned over too many documents," tweeted Chris Yu, fellow at the Miller Center.

The DOJ has been diminished to arguing that Nixon’s impeachment inquiry was illegal in order to protect Trump. https://t.co/yxdyESuxEi
— Scott Hechinger (@Scott Hechinger) 1570553619.0

Politico reported that attorneys for the Justice Department said House Democrats "should be denied access to the Mueller grand jury materials, arguing that a congressional impeachment proceeding doesn't meet the criteria to release them."

Rep. Jerry Nadler (D-N.Y.), chairman of the House Judiciary Committee, said in a statement following Tuesday's hearing that he is "confident" in Democrats' case.

"We are gratified at the seriousness with which the court addressed our petition for grand jury information relating to the House impeachment inquiry," said Nadler. "We remain confident in our case and look forward to the resolution of this matter."