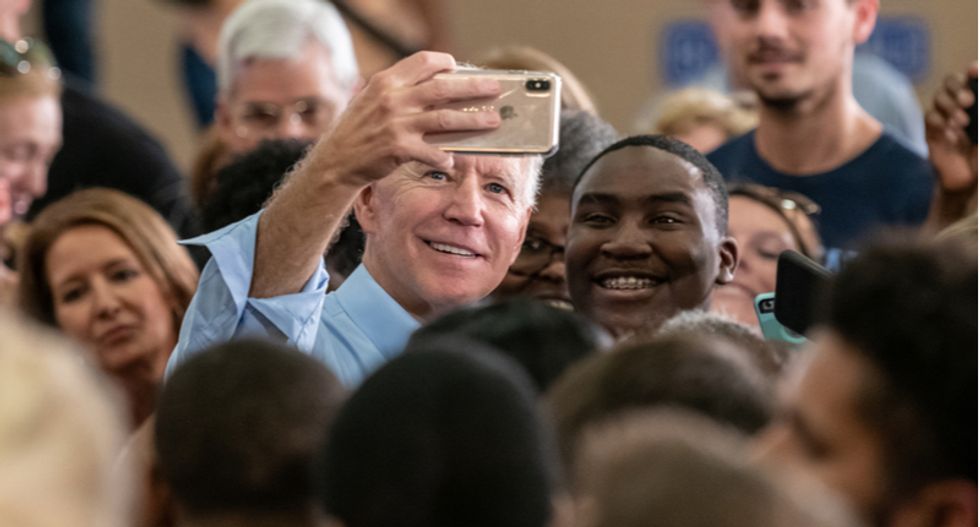 The modern political landscape is littered with the ruins of presidential candidacies that were once seen as inevitable. Kick the stones in Nashua or Ames and you’ll find the wreckage of Hillary Clinton’s 2008 primary juggernaut. Dredge Charleston’s Ashley River and you’ll find Jeb Bush’s $150 million attempt to anoint himself the 2016 Republican nominee.

Joe Biden’s campaign embraced inevitability as its central argument from the outset. In his circumstances, who wouldn’t? Within two weeks of his April announcement, Biden leapt to an 8-point lead in Iowa and counted nearly a third of all Democratic voters in his camp. But inevitability comes with a well-worn playbook: don’t overcommit on policy promises; play it safe on tough issues; and, most importantly, never surrender the lead.

Unfortunately for Biden’s electability pitch, Democratic primary voters shaken by three years of President Donald Trump are now flocking to candidates espousing muscular, unapologetic progressive agendas. Biden’s national lead has tumbled by nearly 40 percent since May - from the low 40s ahead of the first Democratic debate to the low-20s by the end of September. After a summer of dominance, RealClearPolitics’ national polling average shows Biden clinging to a slim 2.2 percent advantage over Elizabeth Warren.

Early state polling paints a bleak picture: once an 8-point favorite to carry Iowa, the RCP average of New Hampshire polling now shows Biden ahead by only 2, while some individual polling shows the start of a potential Warren breakout. New Hampshire tells a similar story, where Biden squandered an 18-point advantage and today trails Warren, again, by 2.

Now there are growing signs that the most steadfast group of Biden supporters is eroding – black voters.

Just two weeks after Biden announced his candidacy, the New York Times emphasized his strength among older black voters who saw in Biden the candidate most likely to oust Trump from the White House – a top priority for a community that has been vilified and victimized by the resurgence of open white supremacy under Trump:

The race’s two black senators, Cory Booker of New Jersey and Kamala Harris of California, are still relatively new to the national stage, and must contend with the perception among even some black voters that several of the white candidates are better suited to defeat Mr. Trump.

Political watchers on the left have noted the paradox that Biden’s support among black voters has been unwavering, even in the face of Biden’s stumbling defense of his troubling record on busing in June and a bizarre, rambling story from September’s Democratic debate about black families’ inability to raise their own children.

Biden’s support among black voters survived a summer of cringeworthy comments about how “poor kids” are just as intelligent as “white kids,” in large part because Biden’s remained in clear control of the Democratic field: even after his September debate comments, Biden’s 15-point advantage over Bernie Sanders and Elizabeth Warren appeared stable.

The sudden rise of Elizabeth Warren to co-frontrunner status – and her growing share of black voter support – complicates Biden’s electoral math in ways his campaign seems ill-equipped to counter. Biden’s “electability” argument only holds water so long as black voters reject more ambitious candidates as unrealistic or too weak against Trump. Warren’s strength challenges Biden’s argument that the only way to beat Trump is to hew closely to the moderate, ‘pragmatic’ wing of the party. Even Biden’s own allies now worry Warren’s rise has thrown Biden’s electability argument out the window:

Even Democrats who aren’t tied to any particular candidate say Biden has to offer a central rationale for his candidacy beyond electability to win.

“Both Elizabeth Warren and Joe Biden are polling well,” said Robert Zimmerman, a Democratic National Committee member and Democratic donor. “Warren’s bold and courageous ideas have created a mission and momentum for her candidacy. Biden, who would be an excellent president, has to create a mission for his campaign, not just rely on polling numbers for momentum.”

PQ from above linked story: https://thehill.com/homenews/campaign/462078-biden-allies-warren-is-taking-a-bite-out-of-his-electability-argument

Last month, Biden’s 25-point South Carolina lead outstripped Hillary Clinton’s 19-point lead, on average, in September and October of 2007. But his advantage is also deteriorating faster than Clinton’s, who continued to lead the field until Barack Obama’s upset win in the Iowa Caucus and close second-place finish in new Hampshire. Clinton’s numbers inverted once Obama made the case for his own electability. She ended up losing South Carolina by almost 30 points.

As Warren, Sanders and Buttigieg roll out policies that excite the Democratic base and would move the party to the left, Joe Biden will either adapt or fade. If the slow sag of Biden’s national and state polls is any indication, his attempts to adapt are not persuading voters.

Democratic voters and millions of Americans who will vote next November understand there is no “return to normal” after Donald Trump. The damage has been deep and lasting. Our future must look substantially different from the complacent past Biden seeks to restore. Biden may argue that his “electability” is intact – but the numbers show otherwise.

Biden’s campaign remains confident in their strategy of riding out potentially poor showings in Iowa and New Hampshire by investing heavily in the delegate-rich Super Tuesday primary states. But a failure to bring in decisive early wins could solidify doubts among Democratic voters who embrace Biden more out of pragmatism than enthusiasm. As recent political history shows, political inevitability can be quite ephemeral.

Max Burns is a veteran Democratic strategist and senior contributor at Millennial Politics. He appears on Fox News, Fox Business, and Bloomberg Radio. Follow him on Twitter @TheMaxBurns