‘Everything is a clown show’: House Republican blasts Trump’s obstruction as his colleague Jim Jordan defends it 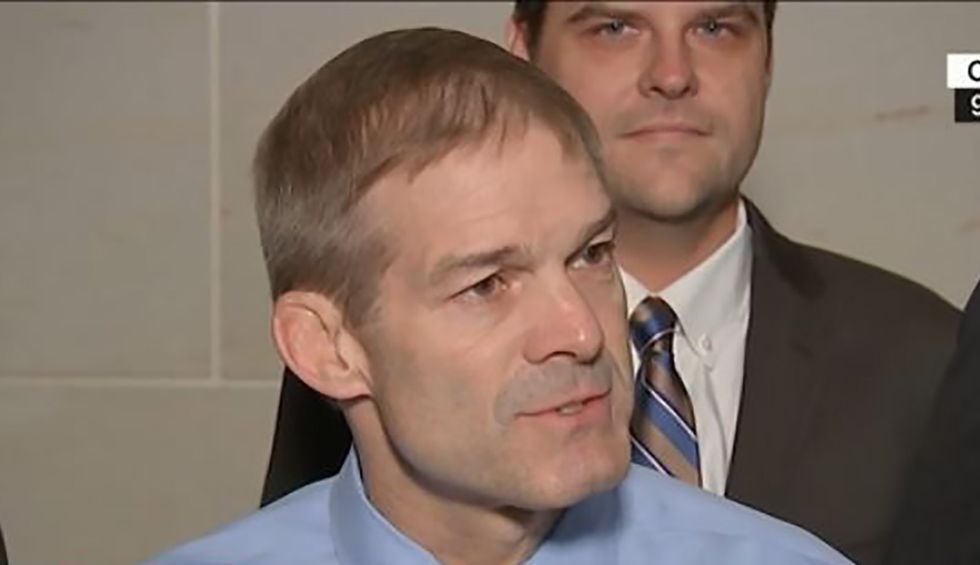 Fox News on Tuesday cut away from a press conference being held by Ohio Republican congressman Jim Jordan to interview another GOP member of Congress, Adam Kinzinger of Illinois.

“Everything is a clown show,” Kinzinger said as Jordan was defending the Trump administration’s decision to block Gordon Sondland, the U.S. ambassador to the European Union, from appearing for a scheduled interview with House committees leading the impeachment inquiry into President Donald Trump.

“Everybody in this process is losing credibility and, frankly, the American people have lost — and are losing — faith in the institutions of government and it is really disheartening to me,” he continued. “I think any time Congress calls somebody in to testify, it is the responsibility of that person to testify.”

However, Kinzinger also said he was sympathetic with Republicans like Jordan who argue that Sondland shouldn’t appear before Congress because the Democrats will allegedly treat him unfairly.

“But the reality is, if he is called in front of Congress he should come testify,” he added. “If they really believe it would help exonerate the president, I don’t know why they wouldn’t do it.”