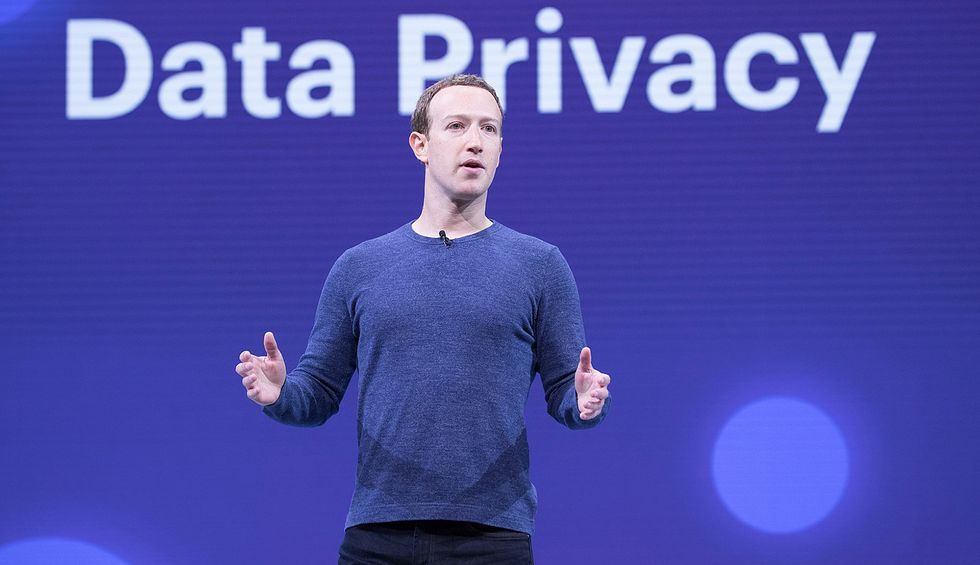 The Massachusetts Democrat, who is now the frontrunner in her party's 2020 presidential primary, took to Twitter Saturday to share her campaign's Facebook ad that aims to draw attention to the social media giant's policy, which Warren sees as a threat to democracy.

We intentionally made a Facebook ad with false claims and submitted it to Facebook’s ad platform to see if it’d be… https://t.co/q8pTprJJp9
— Elizabeth Warren (@Elizabeth Warren) 1570888897.0

After claiming that Zuckerberg endorsed Trump, Warren's ad later acknowledges that the claim is not true while also arguing that the tech executive has "given Donald Trump free rein to lie on his platform—and then to pay Facebook gobs of money to push out their lies to American voters."

Warren, in her series of tweets on Saturday, wrote that "Facebook holds incredible power to affect elections and our national debate."

"They've decided to let political figures lie to you—even about Facebook itself—while their executives and their investors get even richer off the ads containing these lies," she continued. "Once again, we're seeing Facebook throw its hands up to battling misinformation in the political discourse, because when profit comes up against protecting democracy, Facebook chooses profit."

The Trump campaign is currently spending $1 million a *week* on ads including ones containing known lies—ads that T… https://t.co/pHHguyfirl
— Elizabeth Warren (@Elizabeth Warren) 1570888898.0

The Washington Post article which Warren shared explains that "as Facebook cracked down on disinformation flooding its social media platforms, executives decided to codify a key loophole: Politicians remained free to lie at will—unbound by the rules designed to stop everyday users from peddling viral falsehoods."

Despite the criticism, Facebook has doubled down on its political advertising policy. In a statement Friday responding to Warren's ad, Facebook spokesperson Andy Stone told CNN that "if Senator Warren wants to say things she knows to be untrue, we believe Facebook should not be in the position of censoring that speech."

This is far from the first time Warren has publicly faced off against the social media giant. One of her many plans for the 2020 race calls for breaking up Big Tech companies. That proposal, unveiled in March, received renewed attention earlier this month after audio leaked from an internal Facebook meeting at which Zuckerberg vowed to "fight" against it if Warren wins the White House.

Warren, in response to Zuckerberg's remarks about her plan and potential presidency, said that "I'm not afraid to hold Big Tech companies like Facebook, Google, and Amazon accountable. It's time to #BreakUpBigTech."