'Distraught' US Special Forces solider tells Fox News: ‘I am ashamed for the first time in my career’ over Trump's Syria withdrawal 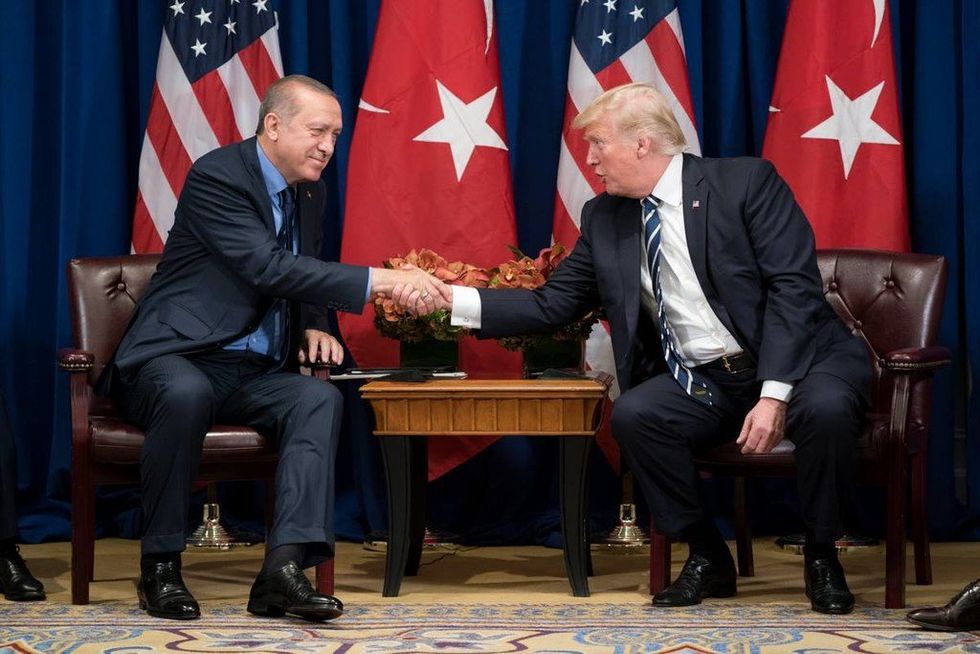 As much time as Republicans and Democrats spend angrily disagreeing with one another, many found some common ground this week: shock and dismay over President Donald Trump’s decision to withdraw U.S. troops from northeastern Syria and abandon the United States’ Kurdish allies. And Jennifer Griffin, national security correspondent for Fox News, is reporting on Twitter that she has spoken to a U.S. Special Forces solider who is seriously distraught over the withdrawal.

“I am ashamed for the first time in my career,” the soldier told Griffin.

The soldier, according to Griffin, is “among the 1000 or so U.S. troops in Syria tonight who is serving alongside” the Syrian Democratic Forces (SDF). The Kurdish SDF fighters have been helping U.S. forces combat the terrorist organization ISIS (Islamic State, Iraq and Syria).

In her Twitter thread, Griffin reports that the solider “has trained indigenous forces on multiple continents” and is seriously worried about the actions that the Turkish government will take in Syria now that U.S. forces are pulling out.

“Turkey is not doing what it agreed to,” the solider told Griffin. “It’s horrible.”

I just spoke to a distraught US Special Forces soldier who is among the 1000 or so US troops in Syria tonight who i… https://t.co/bMeqZsd3gj
— Jennifer Griffin (@Jennifer Griffin) 1570658578.0

Trump has been claiming that ISIS is “100%” defeated in Syria, but the solider fears that U.S. withdrawal will lead to a strong ISIS resurgence in that region. Kurdish fighters have been guarding ISIS captives, and according to the Special Forces soldier, Kurds “prevented a prison break last night without us.”

This American soldier told me the Kurds have not left their positions guarding the ISIS prisoners. In fact "they pr… https://t.co/CxAffWZecu
— Jennifer Griffin (@Jennifer Griffin) 1570658579.0

This US Special Forces soldier wanted me to know: "The Kurds are sticking by us. No other partner I have ever dealt… https://t.co/uxihxIw2TH
— Jennifer Griffin (@Jennifer Griffin) 1570658579.0

The Special Forces solider told Griffin, “The Kurds are sticking by us. No other partner I have ever dealt with would stand by us.”

ISIS is so violent a terrorist organization that even Islamist members of al-Qaeda and the Taliban have criticized their methods. And the solider said of the ISIS prisoners being held in northeastern Syria, “Many of them will be free in the coming days and weeks.”