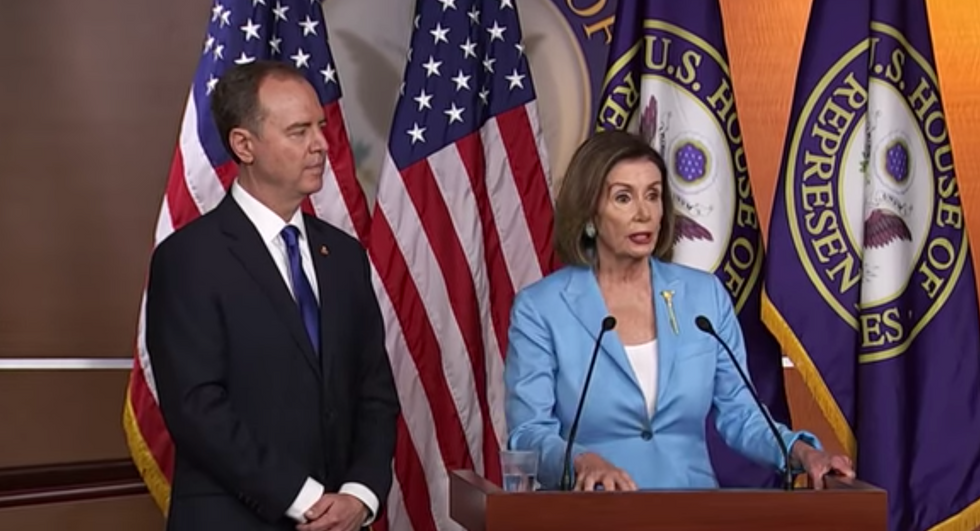 Democrats in the U.S. House of Representatives have announced that this Thursday, October 31, the House will vote to formalize procedures for the impeachment inquiry against President Donald Trump.

Rep. Jim McGovern of Massachusetts, chairman of the House Rules Committee, announced in a statement, “This is a solemn time for our country. With our existing authority under the Constitution and the rules of the House, Congress has been investigating serious allegations involving President Trump and Ukraine. This is mounting evidence that the president abused his power and betrayed our national security while compromising the integrity of America’s elections.”

McGovern continued, “As committees continue to gather evidence and prepare to present their finds, I will be introducing a resolution to ensure transparency and provide a clear path forward, which the Rules Committee will mark up this week. This is the right thing to do for the institution and the American people.”

House Speaker Nancy Pelosi has been calling for the impeachment inquiry to move at a swift pace. And in an official statement on Monday, the House speaker asserted, “This week, we will bring a resolution to the floor that affirms the ongoing, existing investigation that is currently being conducted by our committees as part of this impeachment inquiry, including all requests for documents, subpoenas and testimony, and any other investigative steps previously taken or to be taken as part of this investigation.”

Pelosi added, “This resolution establishes the procedure for hearings that are open to the American people, authorizes the disclosure of deposition transcripts, outlines procedures to transfer evidence to the Judiciary Committee as it considers potential articles of impeachment, and sets forth due process rights for the president and his counsel. We are taking this step to eliminate any doubt as to whether the Trump Administration may withhold documents, prevent witness testimony, disregard duly authorized subpoenas or continue obstructing the House of Representatives. Nobody is above the law.”

If Trump is indicted on any articles of impeachment by the House, those articles would then go the U.S. Senate for a trial. If two-thirds of the Senate vote to convict, Trump will be removed from office.