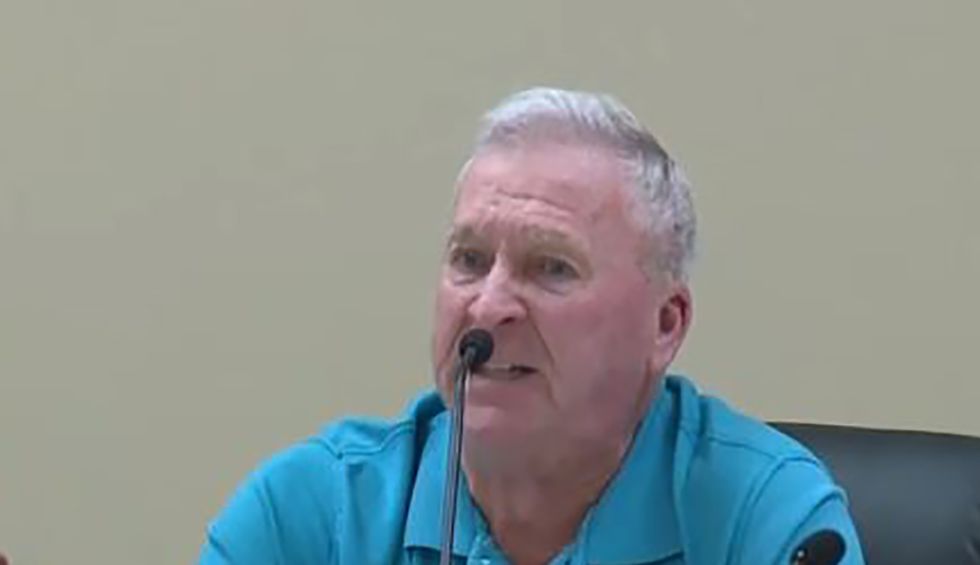 A Tennessee county commissioner during a public meeting on Monday used an anti-gay slur and racism to attack a Democratic presidential candidate, then insisted, as he put it, that he’s “not prejudice.”

After his homophobic outburst Hurst was not yet finished.

“I’m not prejudice [sic], a white male in this country has very few rights and they’re getting took more every day,” Hurst claimed, which is false.

When he was done some in the audience laughed and applauded. One woman stood up, denounced Hurst’s comments, and left.

Although he did not mention which candidate he was referring to, Commissioner Hurst likely was speaking about twice-elected South Bend, Indiana Mayor Pete Buttigieg. Buttigieg is a Harvard graduate who went on to earn a a Rhodes Scholarship to attend Oxford. He also served in Iraq as an intelligence officer with the rank of lieutenant, in the United States Navy Reserve.