‘Count me out’: Republican macroeconomist officially leaves GOP because it has ‘become the party of Trump’ 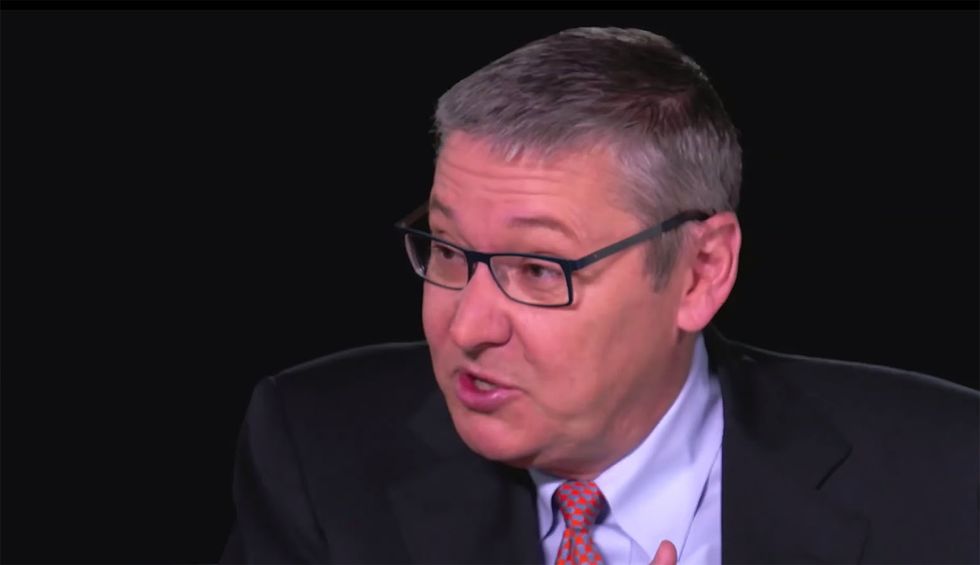 A long list of Never Trump conservatives, from MSNBC’s Joe Scarborough to veteran columnist George Will to Michigan Rep. Justin Amash, have expressed their disdain for Donald Trump’s presidency by leaving the Republican Party — and on Monday, Bush-era economist Greg Mankiw announced that he has left as well.

Mankiw, who served as chairman of the Council of Economic Advisers under President George W. Bush, announced in an October 28 blog post that he had “switched my voter registration from Republican to unenrolled, a.k.a. independent.” While some former Republicans have joined the Libertarian Party — former New Mexico Gov. Gary Johnson, for example — or the Constitution Party, Mankiw now lacks a party affiliation. And Mankiw, in his post, offers two main reasons why he has departed the GOP.

“First,” Mankiw explains, “the Republican Party has largely become the party of Trump. Too many Republicans in Congress are willing, in the interest of protecting their jobs, to overlook Trump’s misdeeds — just as too many Democrats were for (President Bill) Clinton during his impeachment. I have no interest in associating myself with that behavior.”

Mankiw added that “maybe someday,” the GOP will “return to having honorable leaders like Bush, (Sen. John) McCain and (Sen. Mitt) Romney. Until then, count me out.”

Greg Mankiw, Chair of the Council of Economic Advisers for President George W Bush: “I am no longer a Republican” https://t.co/RubErDPxac
— Jake Tapper (@Jake Tapper)1572298781.0

Mankiw went on to give his second main reason for leaving the GOP, asserting, “in Massachusetts, unenrolled voters can vote in either primary.” That means that one can vote in a Democratic primary in that state without being a registered Democrat, and Mankiw stresses that he would like to help the Democratic Party choose a “center-left” presidential candidate like former Vice President Joe Biden or Sen. Amy Klobuchar of Minnesota rather than a “far-left populist” such as Sen. Elizabeth Warren of Massachusetts or Sen. Bernie Sanders of Vermont. Interestingly, Mankiw puts tech entrepreneur Andrew Yang in the “center-left” category even though he shares many of Warren and Sanders’ views.

Mankiw posted that if Democrats nominate a “far-left populist,” he fears that doing so might “tempt those in the center and center-right to hold their noses and vote for Trump’s reelection.”