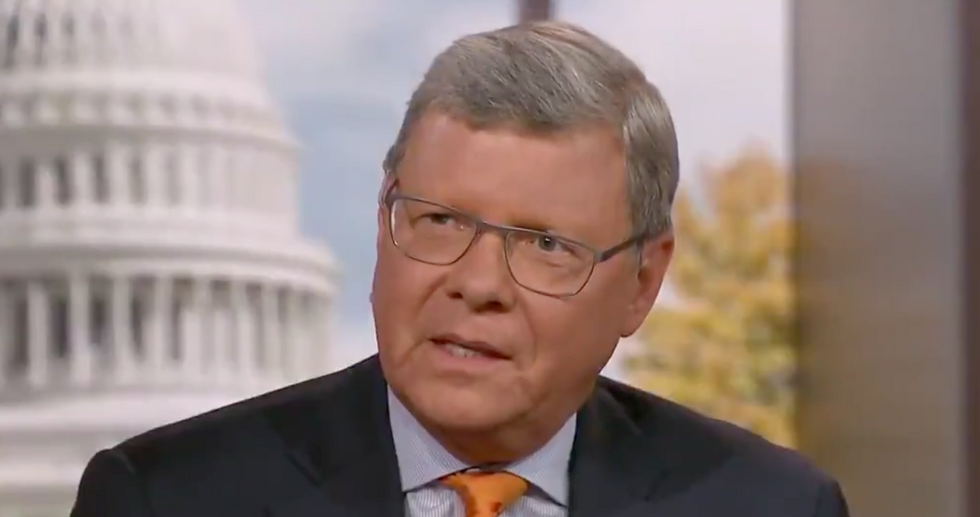 Conservative writer Charlie Sykes is a passionate critic of President Donald Trump, but he remains deeply immersed in the world of right-wing ideology and media. In a segment on MSNBC's "Deadline: White House" with host Nicolle Wallace on Wednesday, he pointed out that as Trump's impeachment crisis expands, his usual defenders are growing desperate.

"You do get the sense ... among Republicans that they're back on their heels," he said. "I'm reading a lot of conservative media, and they're flailing angrily because it is more and more difficult. They're raging about the process, but that has an expiration date on it. That fig leaf is going to be torn off,  and then they have to confront the reality."

In his view, it will only go downhill from here on out for the president's supporters.

He continued: "And then, of course, there's Donald Trump. Who's going to give them more things they have to defend, because we know when he gets under pressure he can behave in an even more unhinged manner. So Republicans are asking themselves: 'What am I going to have to defend? How bad is this going to get?' So you do have, I think, the coming together, and Nancy Pelosi's timing feels pretty good. I mean, kind of amazingly, maybe the Democrats are not going to screw this up."