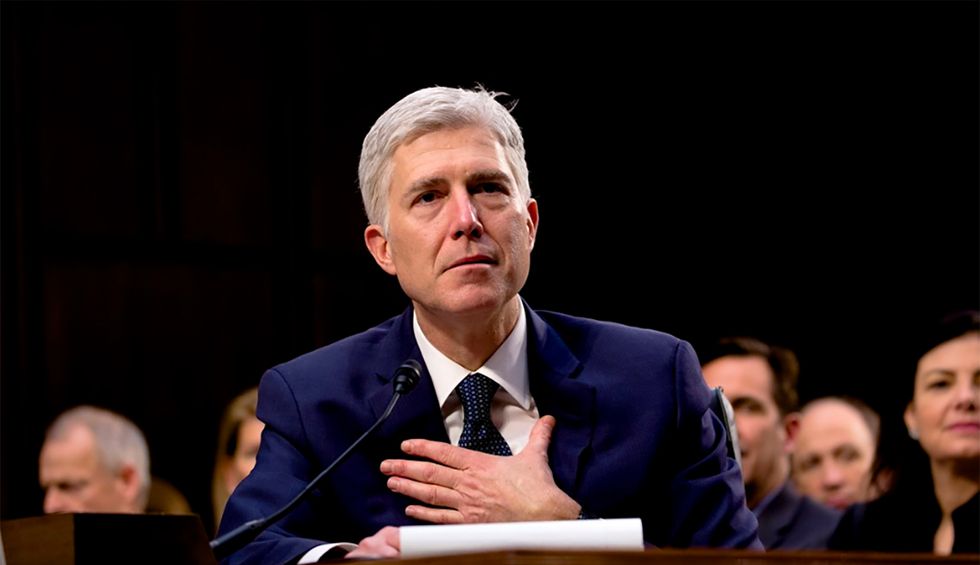 There is little news coming out of Tuesday morning’s Supreme Court oral arguments in three cases that will determine if LGBTQ people have equal rights or can be fired merely for being LGBTQ. But a surprise remark is giving some LGBTQ people a drop of hope. Conservative Justice Neil Gorsuch has at the very least given the appearance he just might understand that anti-gay discrimination is sex discrimination.

“First half of Scotus LGBT job-bias case suggests that gay-rights advocates have a least a chance of winning over Gorsuch (+ the four liberals),” tweets Bloomberg News Supreme Court reporter Greg Stohr. He sums up Gorsuch’s seemingly positive remark in this tweet:

Gorsuch says that when a person is fired because of sexual orientation, that person's sex is at least a "contributing cause."
— Greg Stohr (@Greg Stohr) 1570548060.0

At issue right now is Title VII of the Civil Rights Act of 1964, and if its stated ban on sex discrimination includes lesbian, gay, and bisexual people (the second hour of oral arguments focus on transgender workers’ rights).

But Gorsuch’s remark is deeper than what it says at face value.

Southern Methodist University Law School Professor Grant Hayden, who focuses on employment law, explains that it’s not an all-or-nothing issue. And he says if Gorsuch believes what he reportedly said, “that should be the ballgame” – presumably, a win for gay rights.

Of course, no one know what will happen until the decision is handed down, presumably in June of 2020, but a glimmer of hope is better than none at all.