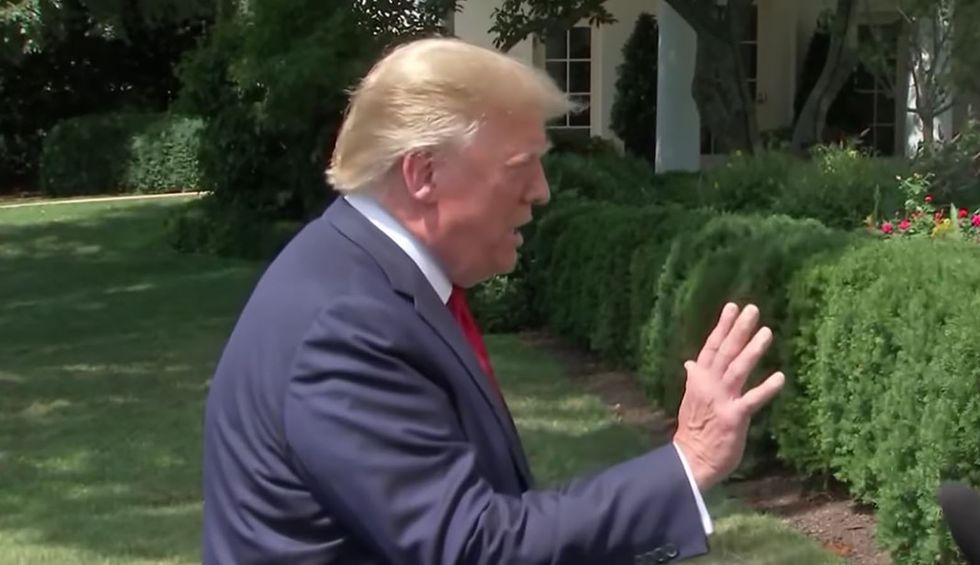 Facing fierce, bipartisan, and global criticism for his decision to abandon the Kurds and withdraw U.S. troops from Syria, Donald Trump seems to be backing away from previous insistence that he was "bringing the troops home" (except the ones he's sending into Saudi Arabia). It now seems likely that a couple of hundred America troops will remain in eastern Syria, to protect Syrian oil fields.

Trump tweeted as much on Sunday, saying, "We have secured the Oil." Securing “the Oil" is far more important to Trump than Kurdish lives are. That's more than apparent to those Kurds who expressed their rage and terror at the unfolding situation by hurling insults and rocks and potatoes at American forces withdrawing from Kurdish-held areas. They have no recourse but to flee, and more than 176,000—about 70,000 of whom are children—are now refugees seeking shelter where possible. "Thousands of children and their families have once again had to leave everything they own to flee conflict and take shelter in unhygienic conditions without the basic necessities," said Sonia Khush, Save the Children’s Syria response director.

Meanwhile, Turkey continues to violate the cease-fire agreement that it told Vice President Mike Pence the U.S. had to accept, a 120-hour pause to give the Kurds time to flee their homeland. Senior Kurdish official Redur Khalil says that his forces are complying with the agreement and trying to get the hell out. He's attempting to get international assistance to ensure that the Kurds who decide to stay are protected once Kurdish-led fighters leave. He got good reason, since the U.S. can't even be relied on to force Turkey to abide by the cease-fire. "The American guarantor remains weak in its position in deterring the Turkish violations," Khalil said, with remarkable diplomacy.

The White House is desperately trying to spin the disaster away,  rewriting history on the fly by saying Trump didn't "greenlight" the Turkish incursion into Kurdish territory in Syria when he told Turkish President Recep Tayyip Erdogan he was going to withdraw forces. Instead, it says, Erdogan called him to tell Trump that Turkey was going to invade, so what could Trump do but send a ridiculous letter telling Erdogan not to do it, and then acquiesce to the formidable power that is Turkey by clearing the way for Erdogan's forces?