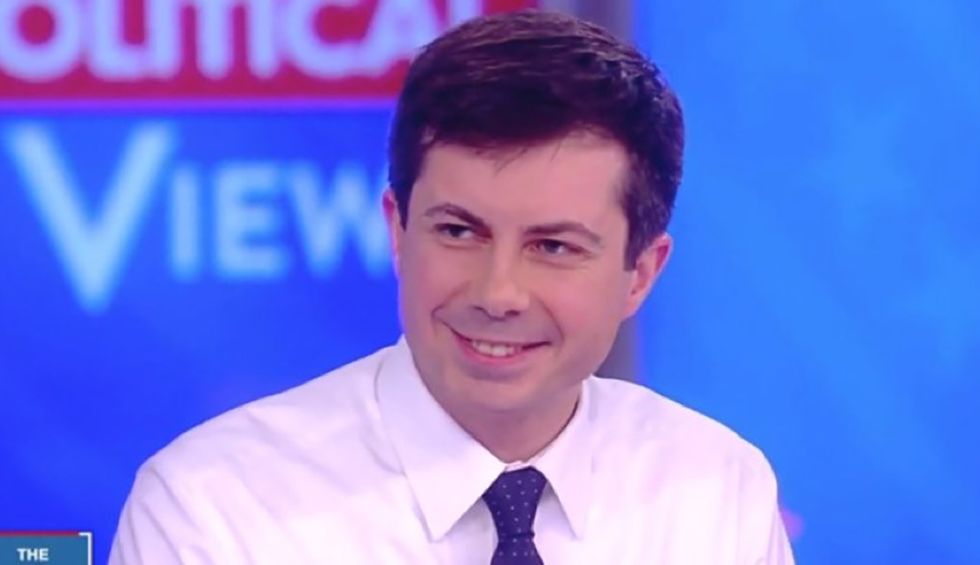 Jennifer Jacobs, senior White House reporter for the news outlet, described the scoop by her colleagues as "a rare example of direct political involvement from one most powerful tech executives."

Already under fire from progressives as a "sharp tool" who often appears to be operating on behalf of corporate interests when it comes to attacking Medicare for All, utilizing fossil fuel industry talking points when addressing the climate crisis, and taking in big money from the financial and tech sectors—the news about accepting behind-the-scenes directions from Zuckerberg, himself under intense political scrutiny for the way in which Facebook's outsized influence is damaging democracy, was not well-received.

“The staff recommendations from Zuckerberg are the first evidence of the Facebook CEO actively assisting a presiden… https://t.co/PLtCWFqxxL
— John Nichols (@John Nichols)1571651381.0

Zuckerberg Has Quietly Advised Buttigieg on Campaign Hey ⁦@PeteButtigieg⁩ A lot of us have boycotted ⁦@facebook⁩ Be… https://t.co/eB9t4KElQT
— Diane Lees🆘🆘🆘 (@Diane Lees🆘🆘🆘)1571657606.0

"I will be very interested to see how Buttigieg answers the many questions he will no doubt be getting about this story," said podcast host Len Edgerly in response to Bloomberg's reporting. "It will be a good test of his candor, courage, and clarity."