'An inherent corruption stink in the political air': How public queasiness over Trump is shaping a local DA race 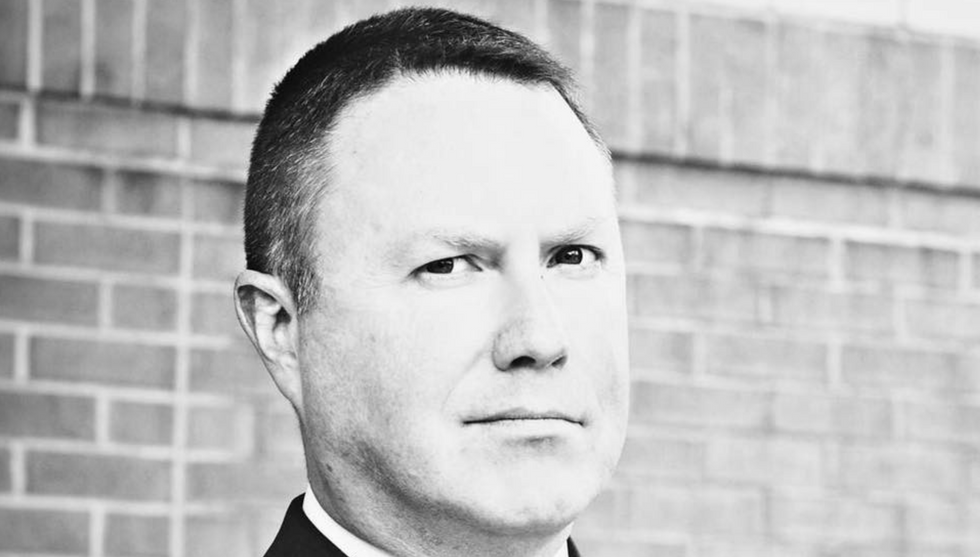 Law enforcement in Cumberland County, Pennsylvania, a sprawling rural-to-suburban county and the home of Penn State’s law school, has been under the thumb of only two men over the last 20 years.

One, Skip Ebert, is the current district attorney. The other is David Freed, Skip’s longterm second-in-command who was briefly the DA and is now the US Attorney for the Middle District of Pennsylvania.

Both have exhibited a fondness for the harshest charging outcomes—such as seeking the death penalty and using Pennsylvania’s drug-induced homicide statute. The Cumberland County DA’s office has also overseen massive racial disparities in both imprisonment rates and property seizures by law enforcement, with Black people bearing the brunt of the system.

Sean Quinlan (above), a defense attorney who has practiced law for 20 years, is now trying to change the status quo by running against Ebert in Cumberland County’s November 5 district attorney election.

Cumberland County is historically known as a conservative Republican county. Quinlan told me that if he is victorious, he would be the first Democratic DA in the county since 1940. Even when the Democrats had a brief resurgence of power in the county in the 1970s, the DA seat was still not competitive.

Yet Quinlan says, based on his experience of running, that Cumberland County’s conservative reputation is an oversimplification. When he shows up at their doorsteps, voters want to talk about two things: marijuana justice and President Trump.

Pennsylvania has now legalized medical marijuana, but that does not mean access to it is equal along race and class lines. When someone can pay $400 to get a medical marijuana card here in Cumberland County, they are protected from the state. But for those who can’t afford to see a doctor or get a medical marijuana card—even when they have medical conditions that would qualify for access—they are “treated like criminals,” Quinlan told Filter. “That is inherently unfair and everyone knows it. It is a basic freedom and fairness issue.”

Even so, in a recent debate, DA Ebert dismissed the idea that this is any issue. When posed with the risk this poses to communities of color due to wealth disparities, Ebert retorted, “We don’t have that many minorities in the county to start with.”

The remark is typical of the way DA Ebert is running his campaign. His campaign website boasts how he is the most successful death penalty prosecutor in the state of Pennsylvania. It also points out that Ebert is a past president of the Pennsylvania District Attorneys Association—the state’s highly conservative and punitive prosecutor lobby.

But Quinlan says that, at least on a personal level, he thinks that Skip is a “nice man.” He has even drank beer in a friend’s backyard with former DA David Freed, who is now the US Attorney in the area. Rather than having a personal vendetta against Ebert or Freed, Quinlan just thinks it is time for a change, and says that a lot of county residents seem to agree with him.

Trump blowback may be a huge part of that growing consensus. Quinlan says that many residents whose doors he knocked almost immediately turned the conversation to Trump, and that for them there is “an inherent corruption stink in the political air.” In Cumberland County, as in other places throughout the country, outrage over Trump has awakened people who used to not care about politics.

One woman Quinlan spoke to leaned in and whispered to him, “It’s like Gotham and the bad guys are in charge.”

Quinlan is not running on as radical a reformist platform as some DA candidates this cycle. Nevertheless, he would represent a major change in how local criminal justice does things. First, Quinlan said he would “not pursue [marijuana cases] as zealously” as DA Ebert.

He also told Filter that he won’t seek the death penalty in murder cases if elected—explaining that nearby Dauphin County barely ever seeks the death penalty and that it is a waste of money that could go to much more productive government programs, such as public schools.

Cumberland County is certainly one of the criminal justice races to watch this cycle, and we will soon see if this politically changing county is ready for Quinlan’s vision of justice.