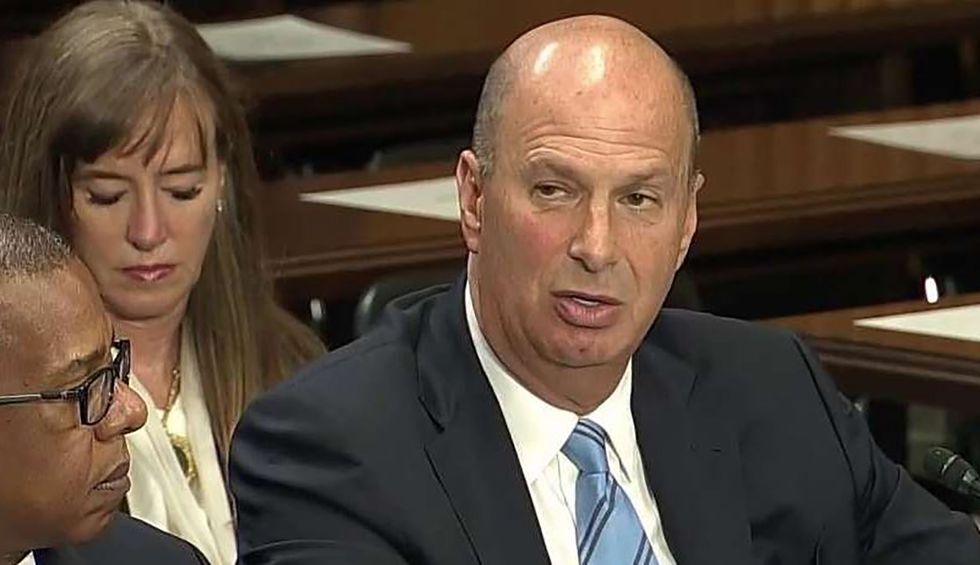 Who is Gordon Sondland and what role does he have in Trump’s impeachment inquiry? As he’s expected to tell it, his role involves sending a text and making a phone call—but not having any significant insider knowledge. But before we get into that, let’s break down the details and context.

Sondland is Donald Trump’s ambassador to the European Union, a position he was appointed to after donating $1 million to Trump’s inaugural committee. Initially, he refused to testify in the impeachment inquiry, but as first reported by The Washington Post late Saturday night, Sondland now plans to tell Congress the truth—or at least, his truth— about a very important conversation.

As reported by the Post, Sondland intends to testify in front of Congress that he “relied on the president’s assurances in good faith and passed these along” when he texted Ambassador to Ukraine Bill Taylor that there was no quid pro quo with Ukraine. According to a person who, according to the Post, has knowledge of Sondland’s expected testimony, Sondland did not know why U.S. military aid to Ukraine was being tied up, nor who ordered that hold-up.

In the text messages passed to Congress, dated Sept. 9, Sondland told Taylor that Trump was “crystal clear” in there being no quid pro quo. Essentially: Sondland denied that Trump was withholding close to $400 million in military and security aid to Ukraine in an effort to force the country to investigate former Vice President and 2020 hopeful Joe Biden.

The kicker? Trump reportedly told Sondland what to say in the text.

"I think it’s crazy to withhold security assistance for help with a political campaign," Taylor said in a text.

As reported by NBC News, Sondland called Trump before responding to Taylor’s text. The call reportedly lasted about five minutes. The person with insider knowledge on Sondland’s testimony says that Sondland "didn’t doubt the president—or he wouldn’t have reassured Taylor."

This circles back, however, to the source’s insistence that Sondland didn't know either way whether there was a quid pro quo or not. Basically: Sondland will claim no knowledge to a quid pro quo or what held up the Congress-approved military aid. Sondland intends to tell Congress that he operated under guidance by Rudy Giuliani. So, both Trump and Giuliani may be in hot water.

The big question is: Is any of this the truth?

"It's only true that the president said it, not that it was the truth," the person familiar with planned testimony who spoke to the Post, said. "Whether he's deciding it's getting too hot to handle and he backs off whatever his position really was a month earlier, I don't know."

Sondland’s testimony before three House committees will, obviously, be a violation of the State Department’s order not to comply with the impeachment inquiry. His testimony is slated for Thursday.