'A very powerful case against the president': How Adam Schiff wants to use Trump's obstruction against him 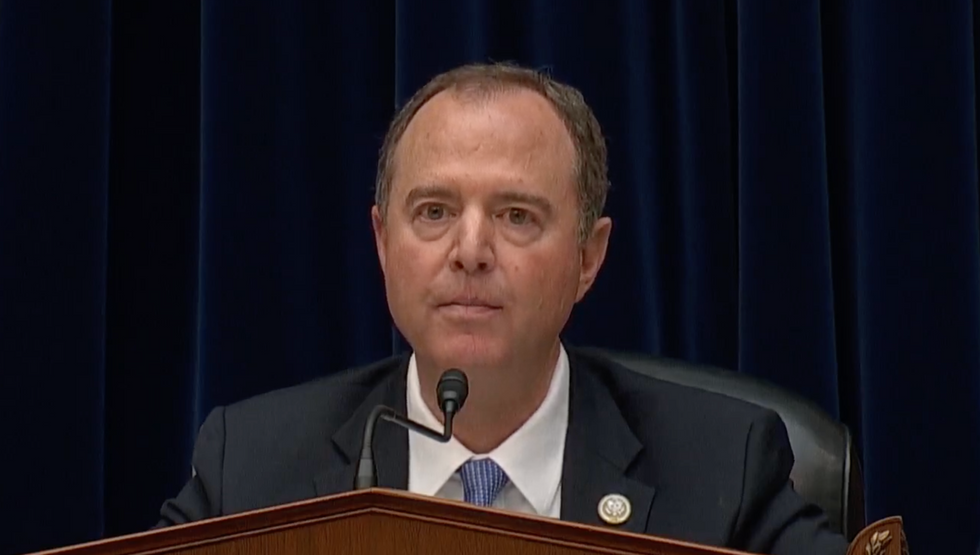 Though many of the witnesses called to testify in the impeachment inquiry thus far have defied the White House's efforts to block them, some are openly flouting legally valid subpoenas from Congress — challenging Democrats running the investigation to force them through the courts to sit for hearings.

On Monday, California Democrat Rep. Adam Schiff — the chair of the House Intelligence Committee leading the inquiry — explained that he's not going to allow the President Donald Trump's obstruction to slow the proceedings. Instead, he's going to take the refusal to comply with the inquiry as evidence of Trump's obstruction, which is expected to constitute its own article of impeachment.

“We are not willing to let the White House engage us in a lengthy game of rope-a-dope in the courts, so we press ahead,” Schiff told reporters. The evidence for obstruction is already “a very powerful case against the president," he said.

His announcement came in the face of former Deputy National Security Adviser Charles Kupperman's defiance of a congressional subpoena. Kupperman, ordered not to testify by the administration, has filed a lawsuit seeking to adjudicate whether he must comply with the subpoena.

Schiff disparaged this move, saying, "A private citizen cannot sue the Congress to avoid coming in when they are served a lawful subpoena."

Since Trump has been clear since Democrats took control of the House of Representatives in 2019 that he intended to routinely defy their requests for information, it has long been likely that any impeachment inquiry would include an "obstruction of Congress" article. Schiff said that instead of trying to force Kupperman to testify through the courts, the House will simply consider his refusal as more evidence of this obstruction.

“If this witness had something to say that would be helpful to the White House, they would want him to come and testify," Schiff said. “They plainly don’t."

There are upsides and downsides to this strategy. Getting wrapped up in the courts trying to compel witness testimony would slow the impeachment inquiry down, possibly fatally so. And many other witnesses are appearing before Congress in spite of the White House's obstruction. Moving the inquiry along swiftly reinforces the urgency of the accusations against the president, while allowing it to be bogged down — potentially ending up before the Supreme Court, where the outcome would be unpredictable — would send the opposite message.

On the other hand, refusing to force officials to testify increases the likelihood that other officials will successfully defy Congress. And because the officials most inclined to refuse subpoenas are likely those inclined to protect Trump and to have access to the most serious evidence, losing their testimony might significantly weaken the case against the president. If the goal of impeachment is really to get Republicans on board — which may be a pipe dream, regardless — then Democrats are much more likely to be successful by exposing new and shocking evidence, rather than building a strong case of obstruction of Congress. Republicans are naturally sympathetic toward Trump's attempts to obstruct the investigation anyway, as Schiff noted.