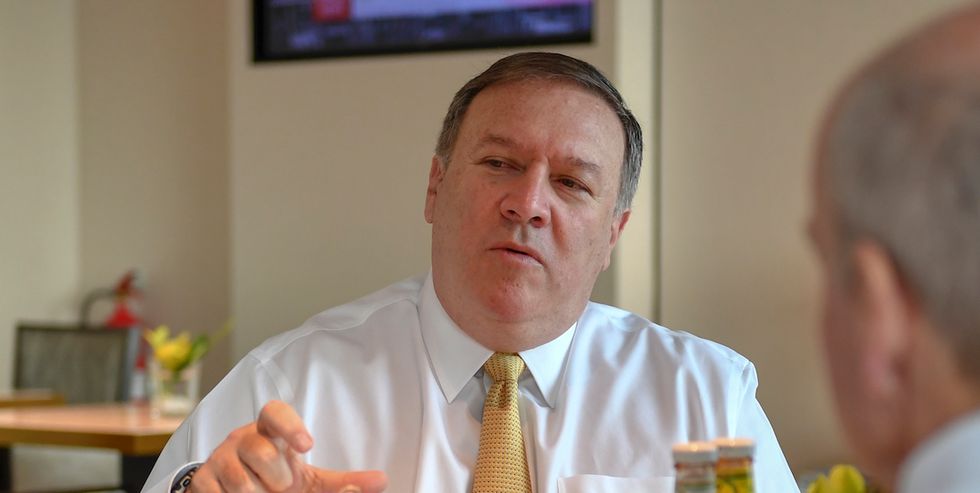 Michael McKinley, a top aide to Secretary of State Mike Pompeo and a career diplomat, resigned abruptly last week as the Ukraine scandal spiraled beyond the administration's control.

And now, according to Andrew Desiderio of Politico, McKinley plans to testify behind closed doors as a part of House Democrats' impeachment inquiry.

Although he had no direct involvement with Ukraine, part of McKinley’s job involved taking the temperature of the building for Pompeo. Like many others, he was disappointed in the secretary’s lack of public support for diplomats who have been named in the Ukraine controversy and called to testify before House committees conducting the impeachment inquiry into the actions of Trump and his personal attorney, Rudolph W. Giuliani.

His announcement of his departure said his reasons for leaving were "personal" and that he was "leaving the Department to pursue other opportunities, wherever they may lead,” Reuters reported.

"I don't talk about personnel matters, but I've known Mike McKinley for quite some time, and he's been with the State Department for 37 years," Pompeo told a CNN affiliate after the announcement. "He told me for lots of good and sufficient reasons for him and his family he wanted to go on and begin the next phase of his life."

It's not clear what McKinley may have to tell the impeachment inquiry, but the Post report suggests he may not be interested in protecting Pompeo. Much of the Democrats' questions thus far have involved the State Department's role in supporting Trump's demands that Ukraine launch an investigation of former Vice President Joe Biden, and McKinley may have insight into these events.  There have also been troubling questions raised about why Marie Yovanovitch was ousted early from her role as ambassador to Ukraine, apparently under pressure from Rudy Giuliani and his allies.

The Trump administration and State Department have attempted to withhold witnesses from the impeachment inquiry. The White House even declared the inquiry itself "illegitimate" based on entirely shoddy legal reasoning. But these efforts at obstruction seem to be failing, as many witnesses are coming forward despite the State Department's position or — such as in the case of McKinley or former U.S. envoy to Ukraine Kurt Volker — after having left government altogether.