'A national nightmare': MSNBC host says Trump is attacking the 'basic rules of our democracy' 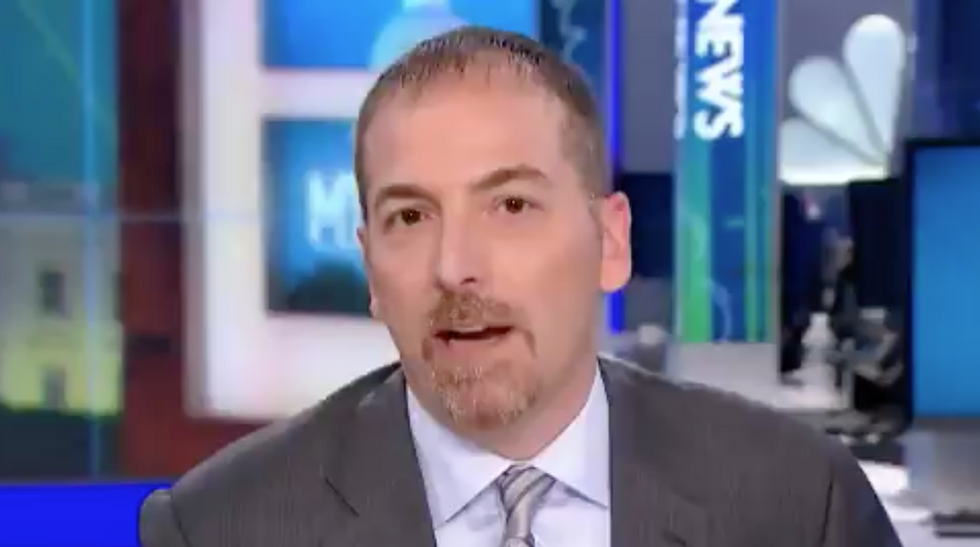 MSNBC host Chuck Todd is far from being one of President Donald Trump's most vocal critics. He is often quick to criticize Democrats when he feels they've gone too far, and he often takes the Republicans' side in an argument, even when there's little to say for it.

So it was somewhat unnerving to see Todd, who was himself clearly shaken, declare definitively that we've entered a "national emergency" because of Trump's open solicitation of foreign investigations of his political opponents.

“I don't say this lightly, but let’s be frank: a national nightmare is upon us," he said. "The basic rules of our democracy are under attack, from the president.”

Todd pointed to Trump's comments earlier in the day, when he reiterated to reporters on camera that Ukraine should investigate former Vice President Joe Biden — and added that China should investigate him as well. While Ukraine is a burgeoning democracy, China is a sprawling authoritarian state widely condemned for horrific human rights abuses, making his call for it to employ its law enforcement apparatus against a political foe even more frightening.

"So what you just heard is a public admission of the allegations at the heart of the House's impeachment inquiry, and at the heart of the whistleblower's complaint," Todd said. "This moment should arguably be a national emergency. The Founding Fathers would have considered it a national emergency if the president publicly lobbied multiple foreign governments to interfere in the next election. And yet there has been virtually no condemnation from the president's party at all on this remark."