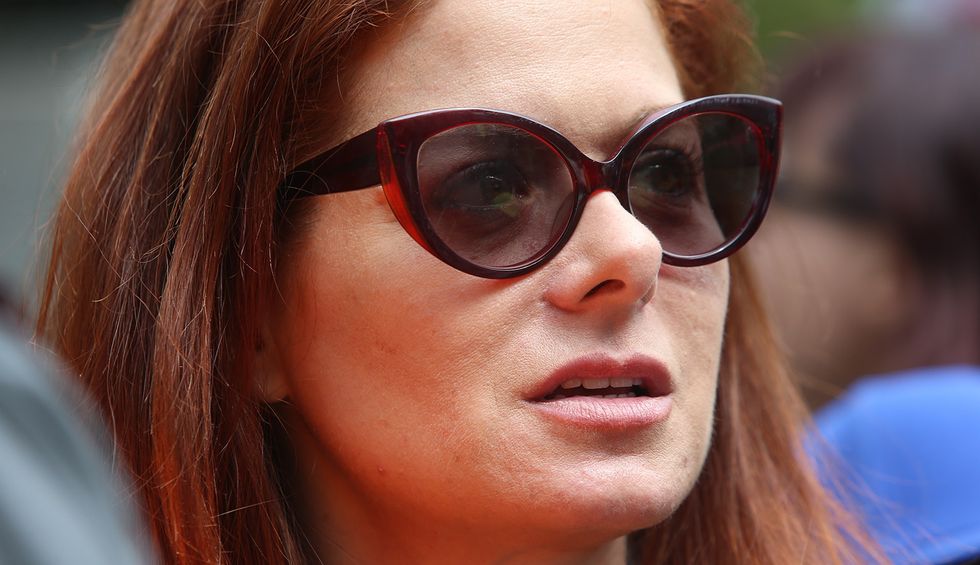 I suppose we should all be happy that “McCarthyism” has become such a widely used accusation that it appears in almost every news cycle, and that there is now a consensus that it is a “bad thing.”

Unfortunately, the term has become almost entirely evacuated of its historical and political meaning. Exhibit A: Republican Senator Mitch McConnell accused critics of “McCarthyism” for pointing out that McConnell blocking investigations into Russian election meddling benefited President Vladimir Putin. Even worse, President Trump accused actress Debra Messing of McCarthyism and in the same tweet called for Messing, an outspoken liberal whom he considers a political enemy, to be “thrown off television.”

Historians need to set the record straight.  Let’s start by defining the term on the basis of the actual history. Historians and non-historians alike use the term “McCarthyism” to refer to a broadly applied mid-twentieth century red scare, named after the junior Senator from Wisconsin, Joe McCarthy, who stole the anticommunist limelight at its later stages in February 1950.   The anticommunist repression McCarthy fronted had been going on since at least 1947, and some historians argue, myself included, it began in the late 1930s.

With or without McCarthy at its head, McCarthyism was practiced very deliberately and narrowly. It used the investigative and police powers of the state to target communists and socialists (and a few liberals), exclude them from governing institutions, and banish them from most other parts of American political culture.

At its height in the 1950s and early 1960s, McCarthyism most effectively purged government agencies, schools and universities, film and television production, theater, publishing, and journalism.  It ruined the careers of thousands of teachers, actors, writers, and civil servants. It was a constitutional nightmare that violated the right to free speech and assembly, the right of association, the right of due process, the protection against unwarranted surveillance, and the protection against self-incrimination.

Even more important: It closed off a whole tradition of political activism and speech from the American body politic.  Until the 1970s, for example, American teachers still had to sign loyalty oaths denying communist affiliation in order to get jobs in American schools.  Even today, left-wing teachers must be guarded about their political views and affiliations.

Thus, McCarthyism is a unique political phenomenon that had far-reaching and damaging consequences. Fundamentally, McCarthyism was the exclusion and persecution directed by the state– by investigative agencies like the FBI and specially empowered Senate and House committees -- against the American left. These are big and ugly shoes to fill.  Any claim to being the victim of a “new McCarthyism” would require the repetition of key aspects of this historical tradition.

Liberal actress Debra Messing has not filled those big and ugly shoes.  Not by a long shot.  When she asked for the list of attendees at a Hollywood fundraiser for President Trump’s 2020 campaign, she may have violated her own liberal principles.  When she and Eric McCormick, her former co-star on the Will and Grace TV show, suggested they didn’t want to work with Trump supporters in future productions, they may have let their political views get in the way of their artistic better judgment.

But they didn’t practice McCarthyism. President Trump’s call for Messing to be “thrown off television” for what she and McCormick wrote is more what real McCarthyism looks like:  a powerful political leader trying to get employers to fire people for saying something he doesn’t like and considers a threat.

Whoopie Goldberg, another of Messing critics, astutely noted that holding actors accountable for their political views bears some likeness to the Hollywood blacklist, which forced hundreds of communists, socialists, liberals and otherwise merely decent people out of their jobs in the film industry. But Goldberg is exaggerating when she says, “the last time people did this (referring to Messing’s remarks), people ended up killing themselves.” Yes, blacklisted artists and actors did commit suicide.  But the blacklist was not a particular actor saying they didn’t want to work with others because they found their politics offensive.  The real Hollywood blacklist was an act of political repression directed by the state against left-wing Hollywood artists.

Let’s recall how the blacklist actually started and worked:  In 1942 the FBI, under the direction of J. Edgar Hoover, began an investigation into communist influence in Hollywood.  An extreme conservative in charge of the most powerful police agency in American history, Hoover believed that films exercised an undue influence on the political views and values of the American public, and that communists and other freethinkers were at fault.

As historian John Sbardellati recounted in his recent study of the FBI’s Hollywood probe, Hoover encouraged the House Committee on Un-American Activities (HUAC), a sub-committee established in the 1930s to investigate a wide range of subversive organizations, to undertake an investigation of Hollywood communism in 1947 when the House and all of its committees were taken over by Republicans after their triumph in the 1946 elections.  HUAC Republicans gladly used the high public profiles of their Hollywood targets, which included popular actors like John Garfield and Paul Robeson, to jump-start the following year’s presidential campaign against President Harry Truman and the legacy of the New Deal.

What quickly unfolded was a series of hearings and investigations in which Hollywood personalities were called before Congress to attest to their loyalty and to deny membership in the Communist Party of the United States.  Not all the people who were persecuted by HUAC were communists, but many of them belonged to the party at some point in their careers, including blacklisted writers and directors like Albert Maltz, Dalton Trumbo and John Howard Lawson.

HUAC and the FBI forced Hollywood producers to create a blacklist of suspected communists, disloyal liberals and socialists, and generally uncooperative witnesses before HUAC and other committees.  Some conservative movie studio heads like Louis Mayer gladly complied.  Others did so out of fear that a broader and more punitive form of censorship would be imposed on them from Washington if they did not.  Until the early 1960s, Hollywood studios refused to hire anyone on that blacklist or distribute films on which they worked.

While the blacklist may appear to Whoopie Goldberg to have started as a matter of personal choice like Messing’s and McCormick’s, and while right-wing Republican Mitch McConnell may protest the “new McCarthyism” when Democrats call him “Moscow Mitch,” McCarthyism isn’t just someone acting prejudicially on the basis of their political views.  however ill conceived those choices may be.   Nor is it the stifling of free speech on college campuses by “political correctness,” however damaging that might be to robust intellectual and political discussion.

McCarthyism was and is a long-standing practice of using the investigative and police powers of national and state governments to exclude the left from American political life.  It attacks the left, demonizing communists and socialists, and building public hysteria to close down liberal programs in order to gain conservative advantage.

That historical tradition, sadly, has not ended – witness concerted Republican efforts to “put socialism on trial” as Trump economic adviser Larry Kudlow declared it, and “convict it.”  That is the real McCarthyism threatening American democracy at this moment.  However misconceived Debra Messing’s publicly announced prejudices, there is no comparison.

Andrew Feffer is a professor of History and co-director of Film Studies at Union College in Schenectady, NY. His latest book, Bad Faith: Teachers, Liberals, and the origins of McCarthyism, is just out with Fordham University Press.