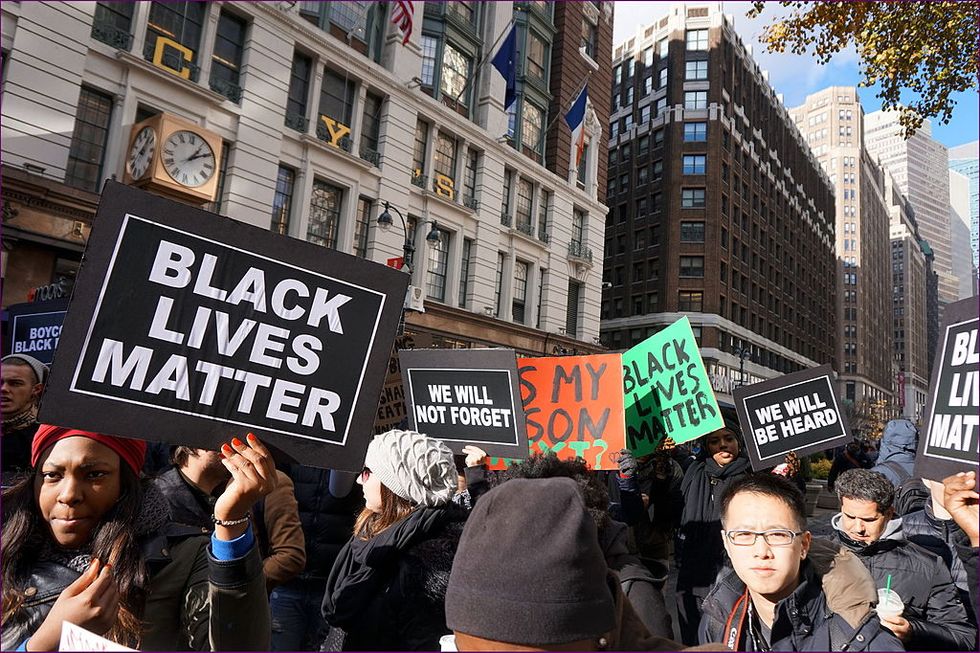 The first thing he did with my family was tell a lie,” Donna Hayes, the grandmother of 17-year-old Quanice Hayes, told me of Multnomah County District Attorney Rod Underhill.

Quanice Hayes was gunned down by Portland Police Officer Andrew Hearst in 2017, on the pretext of an alleged robbery. Donna Hayes calls Hearst a “racist serial killer,” since her grandson was the second Black victim of his extrajudicial killings.

Portland officials often neglect to tell the family members of police shooting victims about their loved ones’ fates. Hayes only found out about her grandson’s death through Facebook. Another mom, Hayes related, found out when a reporter at the Oregonian called her for an interview.

“There was a rumor he was shot six times, you know how they stretch things on Facebook,” Hayes told Filter. “The DA then said it was only two times in the chest. Autopsy said it was two times in chest and one in the head, and he should have known that for sure. It was a lie.”

Citing the position of authority held by Captain Mark Kruger—a known Nazi fan and Portland’s chief drug and vice cop—as well as city government’s revictimization of survivors of police violence, Hayes emphasized that her experience is not uncommon.

She now organizes with Pacific Northwest Family Circle, a local branch of Protect Our Stolen Treasure (POST), a Detroit-based organization fighting to make the criminal legal system recognize the humanity of Black people by holding cops who kill accountable. PNWFC represents 18 families who have lost loved ones of a variety of ages and ethnic backgrounds to police violence.

Its most recent project? To join forces with a grassroots coalition, Oregon DA For The People, to fight for a better District Attorney to replace outgoing DA Underhill, who will not run for re-election in 2020.

Stories about Portland’s violent law enforcement culture are often dismissed, due to the city’s hyper-progressive reputation. But the same place has been derided as a “Whitopia,” given its mix of eco-friendly trendiness and racial exclusion. Black people constitute only 6 percent of Portland’s population, but consistently over 20 percent of Multnomah County’s jail population.

Indeed, by almost every progressive policy metric, the current DA has been an abject failure. Underhill likes the death penalty, hates innocence claims, and sings praises of conservative DAs like Washington County’s Kevin Barton. He hired former police officer Cody Berne as a prosecutor, even though Berne once shot and killed a mentally ill Black man.

The diverse members of Oregon DA For The People have had enough. The coalition has drafted a preferred policy platform for the next top prosecutor, has drummed up local buzz, and plans to vet DA candidates through public forums. Some of its demands include decriminalizing “houselessness,” sex work and drug use⁠—all of which a top county prosecutor can accomplish through a declination policy for certain low-level offenses.

Maria Cahill, an organizer with Family Circle, told Filter that the seed of the coalition was sown when Showing Up for Racial Justice Portland’s Black Lives Matter Action Group first approached them about new strategies to ensure accountability for police killings. Family Circle brought up Larry Krasner’s victory in the 2017 Philadelphia District Attorney race, and the rest is history.

The coalition demands a candidate who will stop targeting Black, Brown, Indigenous and immigrant communities, all of which experience severely disproportionate law enforcement contact. Hayes’s white allies include Mark Woodlief, a representative from Showing Up for Racial Justice-Portland. As a white middle-class Portlander, Woodlief related how his lawyer friends consider the local legal system “plenty progressive.” He became interested in organizing around the DA race in part due to his disgust for the local culture of police impunity.

“No cop has ever been held accountable for shooting a person of color in the 18 years I lived here,” Woodlief told Filter.

Hayes said that police shootings are a uniting factor between racial groups in Portland advocacy, in part because of the frequency with which the Portland Police Department guns down mentally ill people of all races.

In interviews, coalition members stress that public education is key to achieving local reform. The ACLU of Oregon helped lay the groundwork for this task with its “They Report To You” campaign, which let Oregonians know about how DAs are the ultimate determiners of who is thrust into the criminal legal system, as well as who gets punished by the legal system and for how long.

In one departure from other, similar DA races, coalition members did not seem to have high hopes for the prospect of backing a person of color to become the next DA. Donna Hayes said that banking on such a candidate winning is “wishful thinking,” though she hopes the next DA is a woman or perhaps a young white man.

Taking On an Entrenched Culture

The culture that informs this pessimism is pervasive. Indeed, Oregon has a hushed history as a brutal ethnostate, and Black people were not even given the right to vote until 1959. Until Hayes informed office staff that the decor was uninviting to constituents of color, the front lobby of the Multnomah County DA’s office had a photo display of all the past DAs⁠—every single one a white man. It has now been removed.

“They needed to take that down, because one thing is Portland is a protest city and that would have been the next protest,” Hayes said.

Hayes also struggles with how her city tokenizes Black people as a cynical way to avert public relations crises. She cited the example of Portland Police Chief Danielle Outlaw, a Black woman selected by Mayor Ted Wheeler, who desperately tries to fashion himself as a progressive. Hayes described Outlaw as “a Barbie doll” who has brought no real change in how her department treats Black people. “The Mayor is such a weakling,” she added. “When he sees me, he is not a happy soul. His head drops … He hates me. But I want him to hate me.”

Current candidates for Multnomah County DA in the 2020 election include Ethan Knight, the federal prosecutor who managed to “arrogantly bungle” the case against the Ammon Bundy standoff participants, and Michael Schmidt, a former drug court prosecutor who is now a part of an intergovernmental committee on criminal legal system improvements. Kirsten Naito, an attorney at the Oregon Department of Justice and the daughter of a deceased, prominent businessman, entered the race this month.

Coalition members like Woodlief are not as worried about the candidates’ resumes so much as their ability to commit to the planks of the Oregon DA For The People policy platform. That said, Woodlief wants to find out which DA candidate will “center the community, not the system.”

Hayes said she would prefer an outsider, someone who has not spent their career in the halls of the Multnomah DA office. In her eyes, she explained, the best person for the job is “someone who can come in and make their own policy.” And that person will have to recognize how there is not “justice for all” in Portland.

According to Maria Cahill, Hayes has also been educating the public on the role of the Oregon District Attorneys Association in perpetuating mass incarceration. Hayes has slammed the ODAA for driving regressive policies at “Feet to Fire” rallies in front of the Multnomah County Courthouse.

Currently, it is unclear whether the coalition will demand that the next Multnomah County DA resign from the DA association, as Philadelphia DA Krasner and multiple candidates in Queens did. But it is definitely something that is on the table, Cahill said.

Regardless of the electoral results, all the coalition members say that they intend to stay around. “This is not just a platform and coalition,” Woodlief said. “It’s not like we get a better DA, then have a coffee (or pint) and celebrate the work. It’s not like that. Accountability continues.”

Certainly, Hayes will not be deterred. She continues advocating for change despite little in the way of victories. She shares allegations that could boil anyone’s blood⁠—including that of one mother whose son was killed by two cops who then repeatedly forced her to serve them at the local McDonalds where she worked, in retaliation for her grief.

“Portland is a horrible city. I would leave right now if I could,” said Hayes. “Black people were never wanted in this city, and they don’t want me now.”

But she’s sticking around to fight.