Why the fashion industry needs a major sustainability revolution 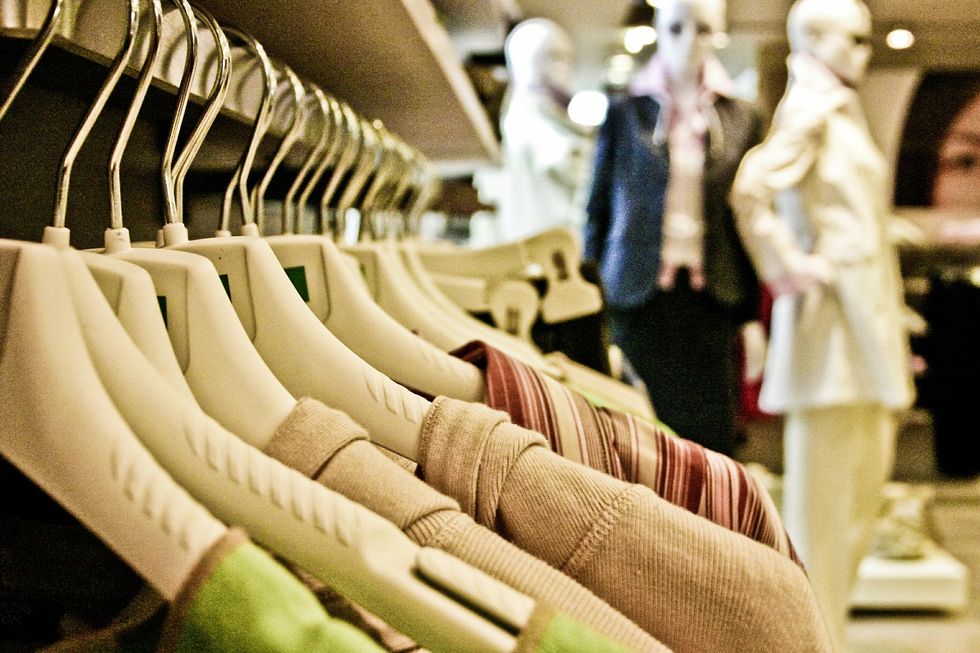 New York City is the fashion capital of the world. Its streets are peppered with influencers on Instagram photoshoots, its fashion week parties are annual events everyone vies to attend (but never eats at), and its sample sales are so exclusive you need an invitation to attend.

Outside of fabulous photos, parties, people, and sales, the fashion capital also produces world-class waste. How to deal with it is something more and more of fashion’s titans are talking about. And they are increasingly turning to the nation’s biggest solution provider: FabScrap.

It works pretty simply: Fashion houses receive bags from FabScrap, which they fill and FabScrap picks up and sorts, either recycling or reusing it, giving it away or selling it at its new store in Manhattan, near the Fashion Institute of Technology (FIT).

Under New York City law, if your commercial waste is more than 10 percent textile, it must be recycled. Globally, nearly 75 percent of materials used to produce clothing are sent to a landfill or destroyed. Less than 1 percent of old clothing is actually used to make new clothing.

Despite the city law, for many years there was no convenient or easy way to recycle textiles, and reams of fabric scrap and trim didn’t really fit with the second-hand store model.

The industry churns through swatches, samples, reams, trims, patches, yarns, and more, and a lot of waste is produced. Another unfortunate byproduct is guilt: The industry has stories of people hoarding scraps out of guilt of not wanting to throw them away.

So, Jessica Schreiber founded FabScrap, the world’s first and so far only fashion industry recycling warehouse.

Sixty percent of what FabScrap takes in is reused—much of it un-recyclable. For example, spandex and elastane aren’t fibers. They’re additives to the fiber. In the recycling shredding process, these additives melt and destroy the shredding machine. “It’s really problematic,” says Schreiber.

Many textiles that have petroleum-derived products in them, including spandex, acrylic, and polyester, are difficult, if not impossible, to recycle. (Ninety-eight million tons of oil were used in the textile industry in 2015. By 2050, that number is expected to be 300 million.)

FabScrap takes those textiles in, and some of it is then sold online, in scrap packs, and in one-pound packs sorted by color—all has 1 percent or more of spandex. “Those scraps are popular,” says Schreiber. “The smaller pieces tend to be the pieces with spandex. It draws attention that there needs to be more solutions.”

Of the fabric they receive, says Schreiber, 40 percent is recycled. “So far this year, we’ve shredded 46,000 pounds” of textiles.

While they separate out 100 percent cotton scrap that gets reused, the smaller pieces will get shredded.

For fashion students, home sewers, quilters, and artists, FabScrap is a gold mine of high-quality fabric at dollar store prices. For the designers who are starting out, it’s a huge resource.

“Our goal is to give away as much fabric as we sell,” says Schreiber. “If there is a non-profit needing fabric, we’ll give them what they need.”

Schreiber’s background is in waste management, previously working with New York’s Re-FashioNYC program where she learned about the fashion industry and realized the thrift store model really didn’t work for it.

The sheer value of really beautiful material that would go to landfills for slight blemishes, including full cowhides, interesting patches, and fabric with interesting patterns and designs, shocked her.

One piece FabScrap received as waste has 24k gold thread woven in, a piece now framed and on display on Schreiber’s desk.

Schreiber does see a growing concern about the fashion industry’s impact on people and the planet. People want to feel good about what they’re doing, she says, and the consumer is starting to ask questions. People, she says, want more information about the clothing or textile they are purchasing.

“A thing that was really surprising for me was that people were really interested in what we were doing, but weren’t sewers or makers. We’ve had over 3,000 people volunteer. I never could have imagined how interested people would be. This issue affects everybody. I’ve been just wowed by the number of people who want to get involved.”

For people outside the industry, there is a growing awareness of zero waste as a lifestyle, and that’s where people want to do more, she says. Volunteering with FabScrap is a unique way for people to give back. “They might feel helpless, but this is a direct way to contribute to that change behind the scenes.”

A lot of companies also understand there is a problem, she adds. They are beginning to measure it, and figure out how to make the most impactful changes.

To the fashion industry, FabScrap inspires the companies to think about the types of materials they’re sourcing from different mills. “The goal is that over time the brands will produce less design waste,” she says, while noting that the more a company realizes what FabScrap can do, the more the brands give them more.

“I think at first there is a relief, that there is a better way to manage this and not feel bad,” she says.

She says companies will start by giving FabScrap scrap. “Then we get yardage, sample yardage and unused rolls. And then we take leather, yarn and trim, so we see more material coming our way instead of less.”

“Because of the way our model works, I think they’ll start to reduce in terms of design waste after the excitement of finding a place to recycle and reuse wears off.”

Then, she says, comes the education of helping companies reduce the scrap in the first place. FabScrap incentivizes the reduction by charging to remove the waste.

With the vast majority of textile manufacturing being done overseas, what’s happening in fashion’s capital is only the beginning.

Additionally, with so much of it unrecyclable, there is a long way for the industry to go.

“We can’t recycle spandex,” she says, so by educating companies on what they can recycle, brands are starting to consider alternative fibers or avoid spandex all together. One hundred percent cotton or 100 percent polyester are the most recyclable, she says. “So much fashion waste happens in the design phase, so that education has a trickle-back effect into the industry. I think we have the most impact internationally when we are able to share with the brand what the potential usage for fabric is at end of life.”

It’s basically all about education.

“I think fashion is in a crisis moment, where it’s become more disposable than it needs to be,” says Schreiber. “Clothing prices have come way down. People can buy with trends even though the environmental component isn’t thought of.”

Here are tips for reducing your own fashion waste: