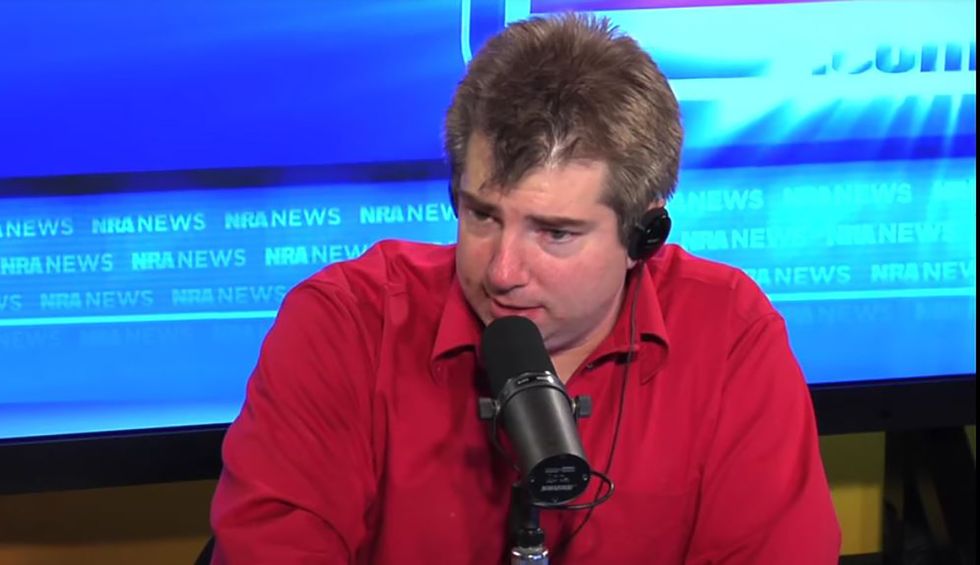 The New York Times launched its 1619 project on August 14th of this year, and within days the project was a centerpiece of editorial boards across the political spectrum. Liberal media commentators like J. Bryan Charles of Vox noted that the “series has largely earned praise from academics, journalists, and politicians alike.” Conversely, those conservative media figures such as National Review’s Rich Lowry referred to the project’s editors as “Garrisonians… who thought the Constitution was a pact with the devil, a view that I think was incorrect and a practical dead end.” The 1619 Project reignited conservative media’s interest in the national ‘history wars.’

Jim Geraghty’s National Review article “What the 1619 Project Leaves Out” provides one of the best examples of right-leaning media’s conceptions of America’s past. Geraghty argues that the “1619 Project’s effort to ‘reframe American history’ requires cropping out some significant figures in African-American history,” such as war heroes, national leaders, etc. This response illustrates conservative media’s conceptions of the past as: determined by the actions of “great men,” defined by heroic and noble acts of patriotism from its citizens, and generally memorable for its unifying moments not its shameful ones.

There is nothing inherently incorrect about the Great Men approach to American history, and the idea has long been essential to the right’s discourse about history. Historian Andrew Hartman explained this in The War for the Soul of America, noting that for the right, “there were certain eternal truths, such that America was a beacon of freedom embodied in the great men of the American past.” The stories of great people who exemplified American exceptionalism provide conservative media with a more digestible and glorious version of the country’s history. Geraghty makes this idea a central part of his article; “the number of prominent figures who never even get mentioned or who get only the most cursory treatment is pretty surprising.” Without these figures, conservative powerbrokers lose the icons necessary to uphold a cleaner and more wholesome national history.

High-profile conservative media’s emphasis on the great men and women of history dovetails nicely into a view that glorious patriotism is the defining feature of the nation’s legacy. The stories of American patriots, both black and white, undeniably deserve praise from us all. Conservative commentators like Geraghty, promote these stories as the central narrative of America’s history: “African-American heroism on the battlefield doesn’t really fit the narrative that the 1619 Project is trying to tell.”

To a certain extent Geraghty’s take would be valid, if the ‘1619 Project’ was about the broader African-American experience. However, emphasizing heroism on the battlefield, obscures the defining story of the 1619 Project – slavery and its enormous national legacy. In the thick of the 1990s culture wars, Michael Sherry explained this practice in the book History Wars, and argued that for the right, consistent acts of righteous patriotism “defeat perceived foes at home and advance its vision of American cultural purity.” Geraghty’s writing, like that of conservative thinkers before him, weaves unadulterated patriotism into the center of the country’s historical quilt – a move that conceals the broader ups and downs of the past.

Conservative media also extensively focuses on the unifying parts of history at the expense of divisive and shameful moments in the past. Geraghty floated this idea when he observed that the “horrors of the Tuskegee Study of Untreated Syphilis in the Negro Male are discussed, but the Tuskegee Airmen are never mentioned.” The story of the Tuskegee Study disrupts the theme of American greatness and unity. In the 2002 best-seller A Patriots History of the United States, Larry Schweikart argued that “over the last 40 years, people have told the story of this country’s past dishonestly. They have over-exaggerated racism and sexism.” Conservative powerbrokers prefer to showcase national triumphs because they promote a country that was consistently ready to change for the better with little resistance from its citizens. For the right, the present becomes the culmination of remarkable actions throughout the country’s past. Consequently, their histories must downplay the influence of the country’s mistakes and controversial events are frequently relegated to the footnotes and margins of American history.

Geraghty and National Review generally responded to the “1619 Project” in a more measured manner than most of the conservative mediasphere. The article acknowledged that “would the country as a whole be better off with a greater understanding of slavery and its legacy in American history? Absolutely.” To Geraghty’s credit, he recognized that the 1619 Project was one well worth undertaking – an opinion not necessarily echoed by those throughout his ideological circle. Newt Gingrich, for example, took to Twitter and postulated that “The NY Times 1619 Project should make its slogan ‘All the Propaganda we want to brainwash you with.’ it is a repudiation of the original NY Times motto.” The response from Gingrich, among others, lacked the sort of nuance required to discuss history in an even-handed manner. Geraghty and National Review thus deserve praise for avoiding these sorts of hyperbolic responses.

Despite this, Geraghty’s article concludes by saying that the “1619 Project argues, with considerable justification, that most of us been seeing only one part of the portrait of the founding, formation, and growth of our country . . . and then ‘reframes’ the portrait to leave out some of the most consequential and under-discussed African Americans in our history.” Geraghty thus concludes by centering conservative media’s view of the past – one of Great Men, exceptional patriotism throughout history, and a past where the nation’s unity almost always outweighs its discords. Conservative media far too often sees the past through a narrative of nearly inevitable progress – but the scars of the country’s failures cannot or should not be downplayed.

Adam Bruno has an MA in history from Miami University (OH) and is currently writing as an independent historian. He has previously written about the power of the past Culture Wars conservatism.