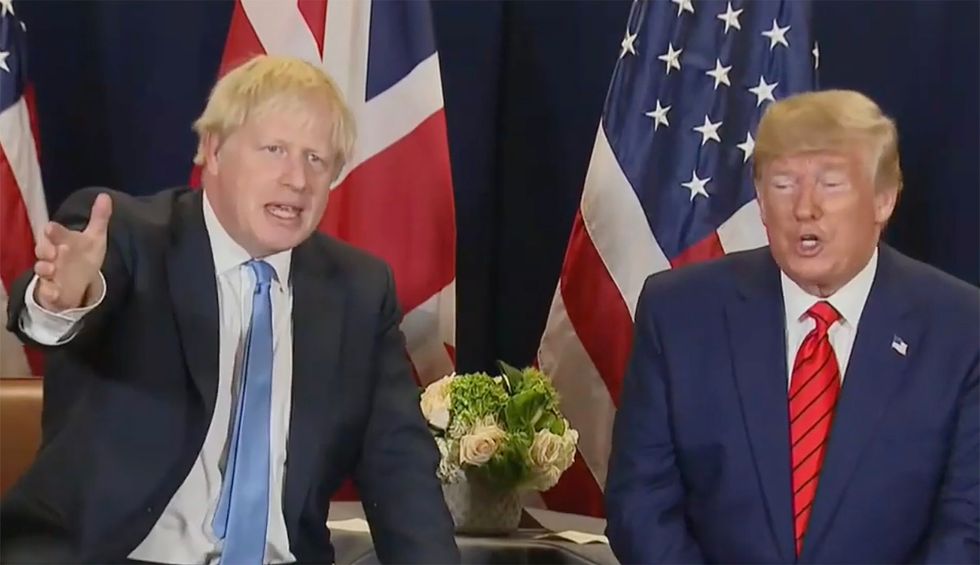 British Prime Minister Boris Johnson on Tuesday pushed back against Donald Trump after the president criticized an American reporter who he claimed asked “a very nasty question” of the UK leader.

The reporter, Reuters’ White House Correspondent Jeff Mason, asked Johnson about growing calls for the prime minister's resignation after the Supreme Court ruled his decision to suspend Parliament was unlawful.

“Mr. Johnson, some of your critics are saying you should resign because he misled the Queen with regard to shutting parliament down,” Mason began. “How do you respond to that?”

Johnson  answered the reporter’s question, even inserting a “thank you very much” as he explained why he “disagreed profoundly” with his country’s judiciary.

“As I said earlier on, let’s be absolutely clear — we respect the judiciary in our country,” Johnson said. “We respect the courts. I disagree profoundly with what they had to say. I think it was entirely right to go ahead with a plan for a Queen’s speech. We haven’t had a Queen’s speech for 400 years. We’ve got a dynamic domestic agenda we need to be getting on with. More fleets on the streets, investment in our National Health Service, improving our education. We need to get on with that. Frankly, I think we need to get on with Brexit. That’s the overwhelming view of the British people, whether they are ready to leave. They want this thing done by October the 31st. That’s what we are going to do.”

“It was a very nasty question from a great American reporter,” Trump said.

“Was that an American reporter?” Johnson asked. “I think he was asking a question, to be fair, a lot of British reporters would have asked.”