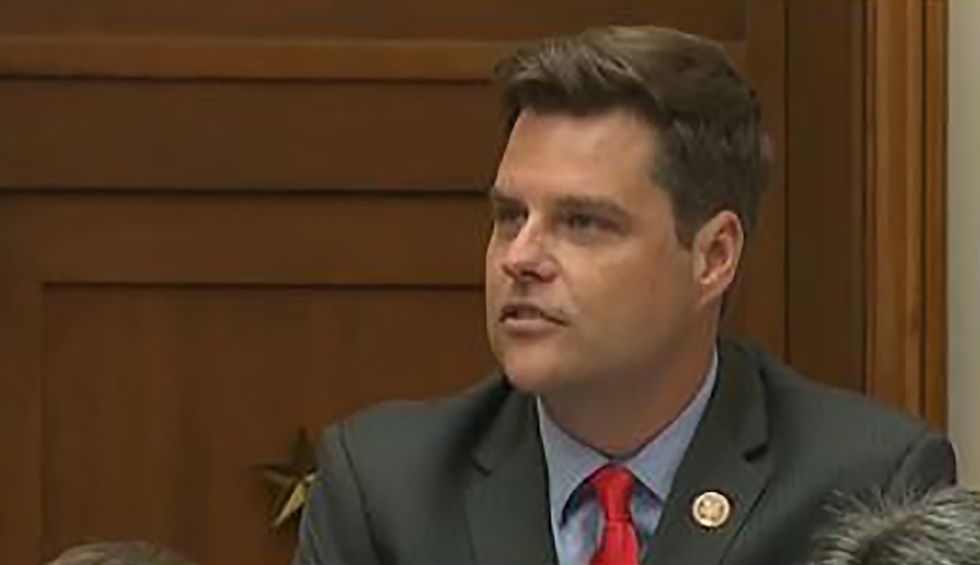 Rep. Matt Gaetz (R-FL) drew groans as he tried to defend President Donald Trump from the threat of impeachment in a House Judiciary Committee hearing.

Judiciary chairman Jerry Nadler (D-NY) announced Thursday the committee was investigating whether to recommend articles of impeachment, although he set aside debate over the “nomenclature” of what to call the constitutional process, and Gaetz complained the inquiry was a waste of time.

“If we zoom out a little bit and ask ourselves why we’re here, it may be important to note that throughout all of the majority’s theatrics, they have failed to move the needle at all when it comes to the people of this country,” Gaetz said.

He cited a Monmouth University poll from late last month showing only 35 percent of Americans supported impeachment, compared with 59 percent who opposed, and Gaetz said Democrats had failed to make their case.

“If we just check the scoreboard, my friends, we’ll find that you’re losing and you’re not making up any ground despite the fact that over and over again you try to smear the president of the United States with false accusations,” Gaetz said.

Gaetz said he wasn’t sure what to call the Trump inquiry, and dismissed the process with anti-LGBT slurs.

The Florida Republican then drew groans by suggesting that Nadler was afraid of being primaried from the left.

“I would hope, at least, that these proceedings are not more about the chairman’s upcoming primary challenge than about the important work of the committee and about the country,” Gaetz said. “Moan and groan all you want, we’ve got circumstances here where you guys can’t move the country. You don’t have any support for this endeavor and we lurch along — it’s like a ‘Seinfeld’ hearing. It’s a hearing about nothing.”