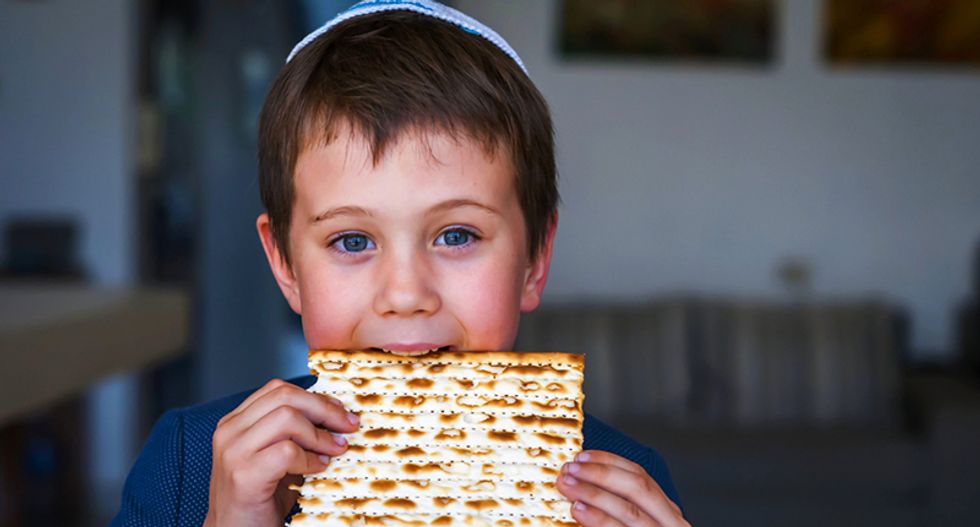 My most vivid adolescent memories of the Jewish High Holy Days are the painful rumbling of my empty stomach as I fasted on Yom Kippur, and the sharp blasts of the shofar – the ram’s horn – sounding from the synagogue pulpit.

I was one of millions of Jews the world over who observe “Yamim Nora’im.” That’s Hebrew for “Days of Awe” or “High Holy Days.”

This 10-day period begins with the two-day celebration of the Jewish New Year, Rosh Hashana. It ends with the one-day observance of Yom Kippur, when adult Jews in good health are expected to fast.

What is the significance of these holy days for orthodox Jews, secular Jews and perhaps even for non-Jews?

Rosh Hashana and Yom Kippur are known, respectively, as “The Day of Judgment” and “The Day of Atonement.” In Orthodox Judaism, these combined Days of Awe embody both celebration and trepidation, renewal and repentance.

The belief is that the righteous will live through the coming year; the wicked will not. All others – neither fully wicked nor fully righteous – will have their fate decided between Rosh Hashana and Yom Kippur.

The angst surrounding these holidays is captured in a liturgical poem called the “Unetanneh Tokef,” translated as “let us speak of the awesomeness.” This ancient prayer is chanted during both Rosh Hashana and Yom Kippur services, and states that,

“On Rosh Hashanah they are inscribed, and on the fast day of Yom Kippur they are sealed…who shall live and who shall die… who shall perish by water and who by fire; who by the sword, and who by a wild beast; who by hunger and who by thirst…”

Leonard Cohen, considered among the greatest of songwriters, was inspired by this poem and used similar words in his song, “Who By Fire.” He wrote,

And who by fire, who by water

Who in the sunshine, who in the night time

Who by high ordeal, who by common trial

Who in your merry merry month of May

Who by very slow decay

And who shall I say is calling?

Given the apprehension that accompanies these stark pronouncements, it is hardly surprising that during the Days of Awe, observant Jews often greet each other with a phrase of hope, “G’mar Chatimah Tovah” – roughly translated, “May you be inscribed in the Book of Life.”

As a psychiatrist reflecting on the High Holy Days, I have often wondered how many traditionally raised Jewish children have been frightened by the prospect of winding up in the Book of Death. I know I was.

As someone who has written extensively on Jewish ethics, I know that the High Holy Days also embody an “ethical core” that transcends religious doctrines and embodies universal ethical truths.

The varieties of Jewish beliefs

Judaism encompasses a wide range of beliefs. Orthodox Judaism is based on the premise that the Torah – essentially, the first five books of the Hebrew Bible –represents God’s eternal and unchangeable rules for Jewish living and religious observance.

But non-Orthodox branches of Judaism emphasize Jewish ethical and cultural traditions more than strict adherence to Jewish law and scripture. They seek to adapt Jewish traditions to modern needs.

Judaism in all its varieties is, at heart, a religion of hope and optimism. For example, the somber warnings of the liturgical poem “Unetanneh Tokef” are softened by its reminder that one can avert being inscribed in the “Book of Death” by means of repentance, prayer and charity. That is done in the interval between Rosh Hashana and Yom Kippur.

Repentance, or teshuvah in Hebrew, requires taking a kind of “spiritual inventory” aimed at improving the health of our souls. True repentance during the High Holy Days also requires making amends to those we have sinned against or mistreated. Merely asking God to forgive such sins is not enough.

Jews from an ultra-Orthodox sect listen to their rabbi on a hill overlooking the Mediterranean Sea as they participate in a Tashlich ceremony in Herzeliya, Israel.

The ethical core of the High Holy Days

Secular and Humanistic Judaism are branches of non-Orthodox Judaism and are often considered together under the rubric, “Secular Humanistic Judaism.” This tradition does not invoke or accept the concept of an eternal, transcendent God. During the High Holy Days, emphasis is placed on how all people – Jews and non-Jews – can become better human beings.

In this secular humanist tradition, Rosh Hashana is seen as a time for self-evaluation and self-improvement, without reference to God. Instead, emphasis is placed on the cultural, historical and ethical aspects of Judaism.

A common ceremony in the secular humanist tradition is “Tashlikh,” which involves symbolically casting off one’s sins by throwing bread crumbs into the water.

Tashlikh allows Humanistic Jews “…to reflect on their behavior; to cast off behaviors they are not proud of; and to vow to be better people in the year to come.”

Finally, although Rosh Hashana and Yom Kippur are quintessentially Jewish holidays, their ethical values transcend any one religion.