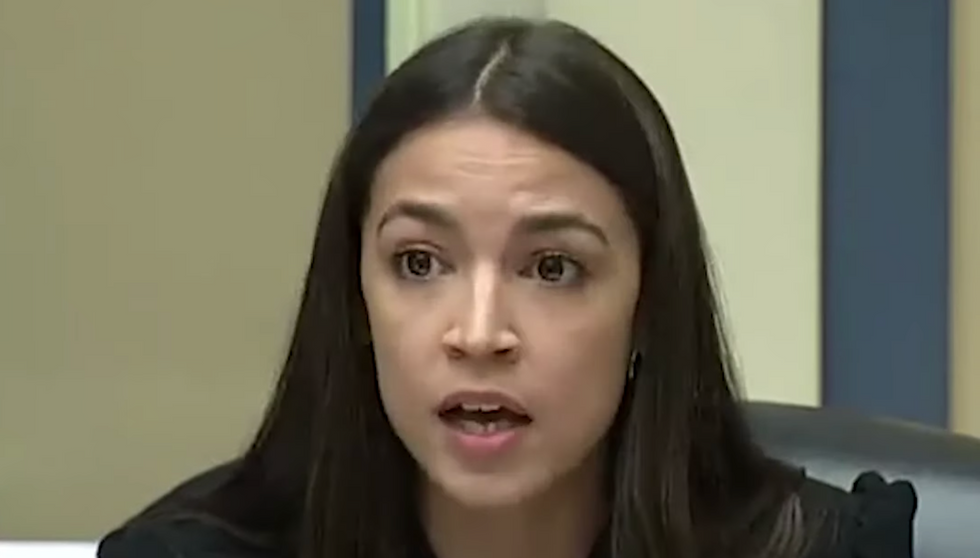 Although Sen. Bernie Sanders of Vermont and his ally, Rep. Alexandria Ocasio-Cortez, describe themselves as “democratic socialists,” their political inspiration doesn’t come from Vladimir Lenin, Fidel Castro or Mao Tse Tung but rather, from President Franklin Delano Roosevelt’s New Deal, President Lyndon B. Johnson’s Great Society and the modern-day governments of Sweden, Denmark and Norway. In other words, Sanders and Ocasio-Cortez are much more capitalist than they are socialist. But when it comes to hysterical fear-mongering over Ocasio-Cortez, far-right Republicans never let facts get in the way — and an unhinged new GOP attack ad is comparing AOC to the murderous Khmer Rouge of Cambodia.

The ad, which aired on ABC stations during Thursday night’s Democratic presidential debate in Houston and was paid for by donors to the political action committee GOP New Faces, finds Cambodian-American politician Elizabeth Heng speaking in an ominous tone while she asserts, “Does Alexandria Ocasio-Cortez know the horror of socialism? My father was minutes from death in Cambodia before a forced marriage saved his life. That’s socialism: forced obedience, starvation.”

In 2018, Heng ran for a California seat in the U.S. House of Representatives as a Republican but lost to Democratic Rep. Jim Acosta.

In the ad, a photo of Ocasio-Cortez catches fire before images of the bloodbath the Khmer Rouge brought about in Cambodia during the 1970s are depicted. And Heng smugly declares, “Mine is a face of freedom. My skin is not white. I’m not outrageous, racist nor socialist. I’m a Republican.”

The backlash to the ad has been vehement. On The Intercept, journalist Robert Mackey stressed, “Heng’s comparison of the Democrat’s ideology to that of the genocidal Cambodian regime is strongly ahistorical.” And on Twitter, journalist Yashar Ali wondered, “How the hell did this Elizabeth Heng ad where @AOC’s face is burned up clear ABC network standards and practices?”

Ali noted that the aid aired on a Sinclair station in Washington, D.C. as well as ABC-affiliated stations in major markets like New York City and Houston.