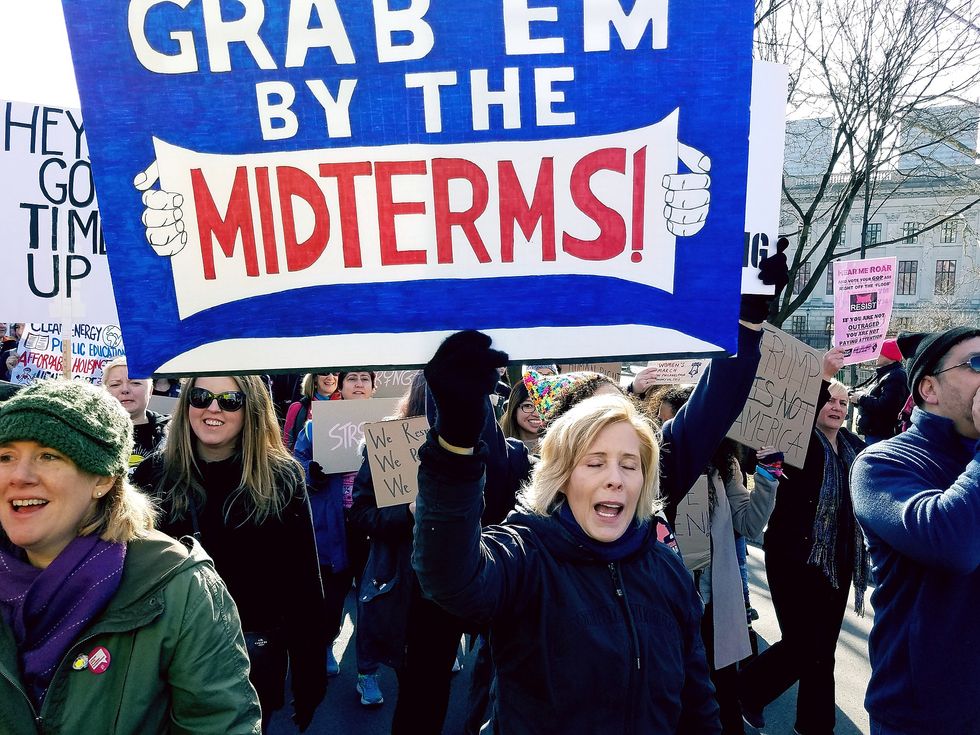 With Justice Brett Kavanaugh now sitting on the U.S. Supreme Court and Roe v. Wade — the 1973 decision that, in effect, legalized abortion nationwide — likely to be overturned, a comment that one often hears from veteran feminists who are old enough to remember the 1960s and 1970s is, “We were fighting that battle 45 and 50 years ago. Must we fight it again?” But that frustration isn’t limited to the abortion issue. And in a report for The Guardian, journalist Gary Younge stresses that Donald Trump’s presidency is energizing female voters — only it isn’t motivating them to vote Republican.

“When it comes to gender,” Younge reports, “Hillary Clinton’s defeat appears to have radicalized many women in a way that her campaign did not. It wasn’t simply that she had lost to a man — that happened during the primaries in 2008 too — but that she lost to that man.”

The type of sexism that Younge addresses in his article goes way beyond what some on the left refer to as a form of “microaggressions.” Lara Putnam, a political professor at the University of Pittsburgh, told The Guardian that in Trump, many American women see a type of misogyny that isn’t subtle or subliminal — it’s in your face.

“Trump felt like a particular slap in the face to certain kind of women in their fifties and beyond,” Putnam told The Guardian. “There’s a particular kind of misogyny that he seemed to glory in that felt both familiar and deeply personal.”

Many older American women, Putnam explained, felt they “had been transcending” such overt misogyny — “and then, it comes back. And some people felt, ‘I’ve lived this story. I thought we’d done with this.’”

Trump’s extremism, according to Younge, is firing up women who “are remaking American politics from the ground up.”

“Less a coherent left ideological movement than an extended period of liberal civic militancy, it is the contributions of primarily white, suburban, university-educated women who are revitalizing the Democratic Party base,” Young explains.

Putnam told The Guardian that while these women follow issues like the #MeToo movement and Alabama’s draconian new anti-abortion law, their energies are focused locally.

“The impact of their involvement has created openings for new people to be elected or make legitimate runs for office, and those people don’t look at all alike,” Putnam told The Guardian. “What they’re bringing is new energy that creates new onramps for the recruitment of candidates who don’t look like the incumbents and look more like potential Democratic voters than the current incumbents.”

Younge also interviewed a 69-year-old Akron, Ohio-based voter and activist named Susan Aylward, who said she is fed up with “old white guys” in politics and doesn’t like to see her 12-year-old granddaughter growing up in Trump’s America.

“There’s just so much hateful stuff out there now,” Aylward said. “I just don’t want her to see it.”