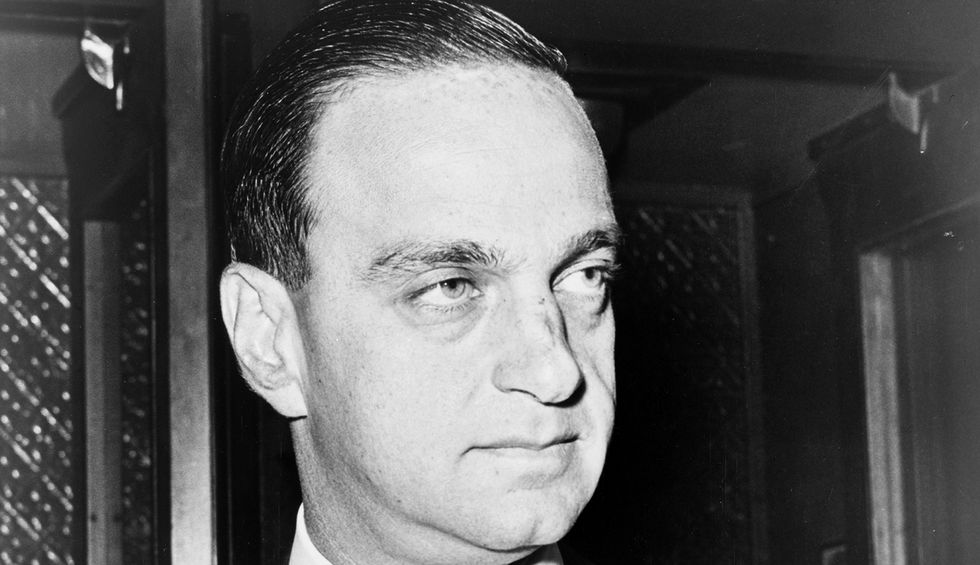 President Donald Trump has long looked at infamous attorney Roy Cohn as his political mentor, and at one point during special counsel Robert Mueller’s investigation demanded that former Attorney General Jeff Sessions act more like Cohn in assertively defending him.

A new documentary called “Where’s My Roy Cohn?” exposes the history of Trump’s hero, who first became famous during Sen. Joseph McCarthy’s hearings about purported communist infiltration of the United States government in the 1950s.

Politico senior staff writer Michael Kruse has written up a review of the documentary in which he explains why Trump obviously finds Cohn so appealing: For decades he got away with remorselessly breaking the law.

“What Cohn could, and did, get away with was the very engine of his existence,” Kruse writes. “Cohn was indicted four times from the mid-’60s to the early ’70s—for stock-swindling and obstructing justice and perjury and bribery and conspiracy and extortion and blackmail and filing false reports. And three times he was acquitted — the fourth ended in a mistrial — giving him a kind of sneering, sinister sheen of invulnerability.”

While this kind of legal Teflon is something that the president is clearly trying to emulate himself, Kruse warns the president that his mentor eventually did meet his comeuppance.

“Cohn did not, in the end, elude the consequences of his actions. He could not, it turned out, get away with everything forever,” Kruse writes. “He was a braggart of a tax cheat, and the Internal Revenue Service closed in; he was an incorrigibly unethical attorney, and he finally was disbarred; and only six weeks after that professional disgrace, six months shy of 60 years old, Cohn was dead of AIDS.”