Trump's D.C. hotel profits from yet another conservative group event — and Pence and Pompeo are giving it a boost 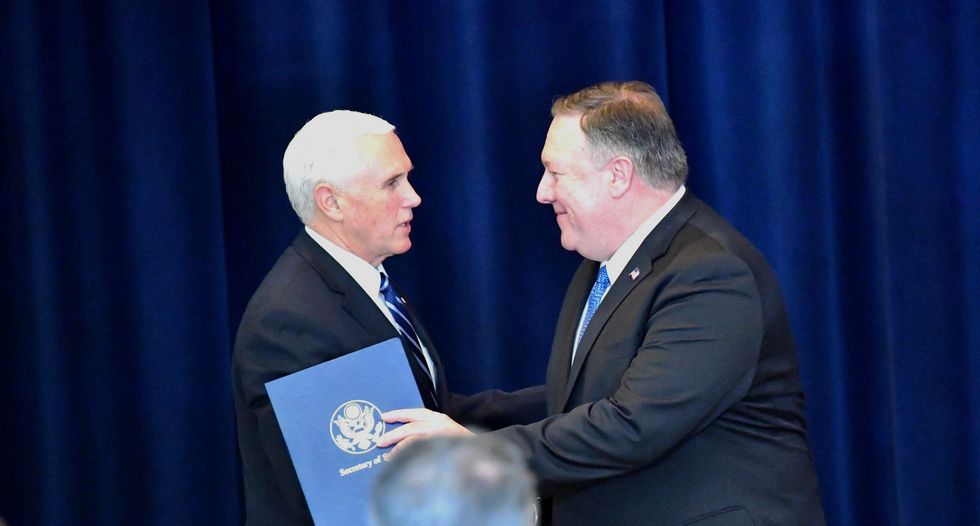 Donald Trump never pretended very hard that he would separate himself from his business while in the White House, but lately he’s completely dropped the pretense, and everyone in his administration is going along for the ride. The latest: Mike Pence and Secretary of State Mike Pompeo are appearing at a conservative group’s big event in, you guessed it, Trump’s Washington, D.C., hotel.

Pence spoke Thursday night at the Concerned Women for America gala and Pompeo is speaking at a Friday lunch for the same far-right group. “Similar events in the hotel’s ballrooms have cost in the tens of thousands of dollars,” The Washington Post’s invaluable David Fahrenthold reports. And this is business as usual for Pence: “CREW, the watchdog group, has counted at least 11 previous instances where Pence spoke to a gathering put on by a paying customer at Trump’s hotel,” with three events costing more than $200,000 put on by Pence’s own PAC.

Concerned Women for America insists that they just chose the bestest hotel of all the hotels, rather than the hotel that would suck up to Trump. Spokespeople for Pence and Pompeo anonymously insist that their appearances passed ethical and legal vetting. It’s all a big coincidence that it just so happens that every Republican group to hold a gala in Washington these days is doing so at Trump’s hotel, and coincidentally Attorney General William Barr is holding a holiday party at the same hotel, and also coincidentally Pence recently built an official visit to Ireland around staying in Trump’s hotel there, while also coincidentally the Air Force has sent air crews to Trump’s Scottish hotel dozens of times.

Trump properties are just always the best available option, as it turns out, and it has nothing to do with sucking up to him. This is as true as anything Donald Trump would tell you.