Trump once called him 'my African American.' Now he says the president has a 'white superiority complex' 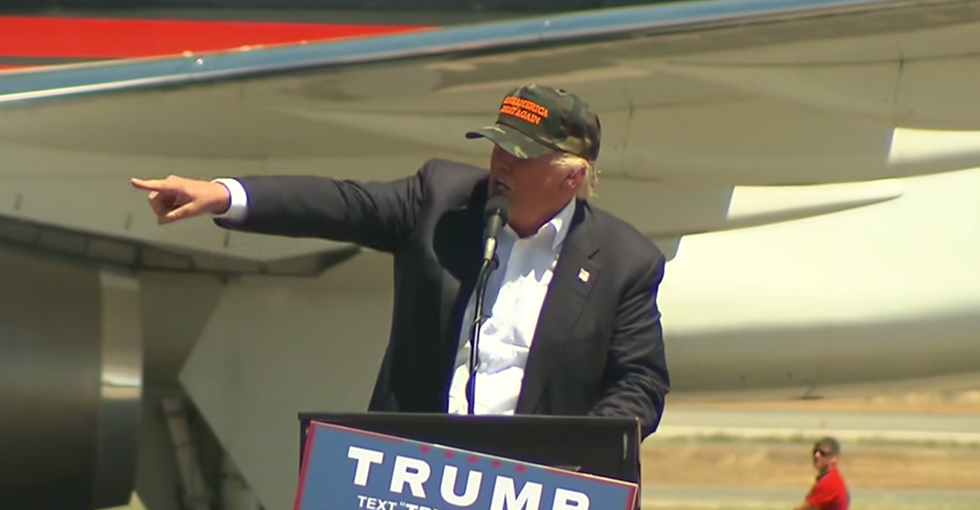 In one of the countless stunning moments on the 2016 campaign trail, Donald Trump made headlines at a June rally when he pointed to a member of the audience and called him out as "my African American."

Trump has long struggled to maintain any sizable amount of support from black voters after falsely smearing President Barack Obama for years. Given his character, lack of knowledge, and instinctual racism, it wasn't surprising that Trump would single out a black audience member and try to capitalize on their presence.

But now, PBS NewsHour has tracked down that supporter Trump picked out and found that he has since turned against the president.

Gregory Cheadle spoke to PBS reporter Yamiche Alcindor and told her that he is no longer a Republican. In fact, he has decided to run for the U.S. House of Representatives as an independent. He has run for Congress unsuccessfully four times previously, Alcindor reported.

“President Trump is a rich guy who is mired in white privilege to the extreme,” said Cheadle. “Republicans are too sheepish to call him out on anything and they are afraid of losing their positions and losing any power themselves.”

Alcindor said that Cheadle reached his "breaking point" after Trump's recent attacks on lawmakers of color, including Reps. Ayanna Pressley (D-MA), Alexandria Ocasio-Cortez, and Elijah Cummings (D-MD). Looking at the reactions of his fellow Republicans defending Trump's remarks, he saw a "classic case of whites not seeing racism because they want to put blinders on and make it about something else.”

Oddly, despite the fact that he called Trump's attacks racism, he declined to say Trump himself is a racist. But even more bizarrely, he said the president has a “white superiority complex.” It's an interesting and provocative claim that seems even more damning than the label "racist," and it is hard to deny that it applies to the president.

Cheadle sees the evidence for it most blatantly in Trump's judicial nominees, an area in which many Republicans see the president's greatest triumph.

His change of heart on the president also seems to have altered Cheadle's perspective on the "my African American" comment. In 2016, he thought it was a joke —  but he says he's "more critical of it today."