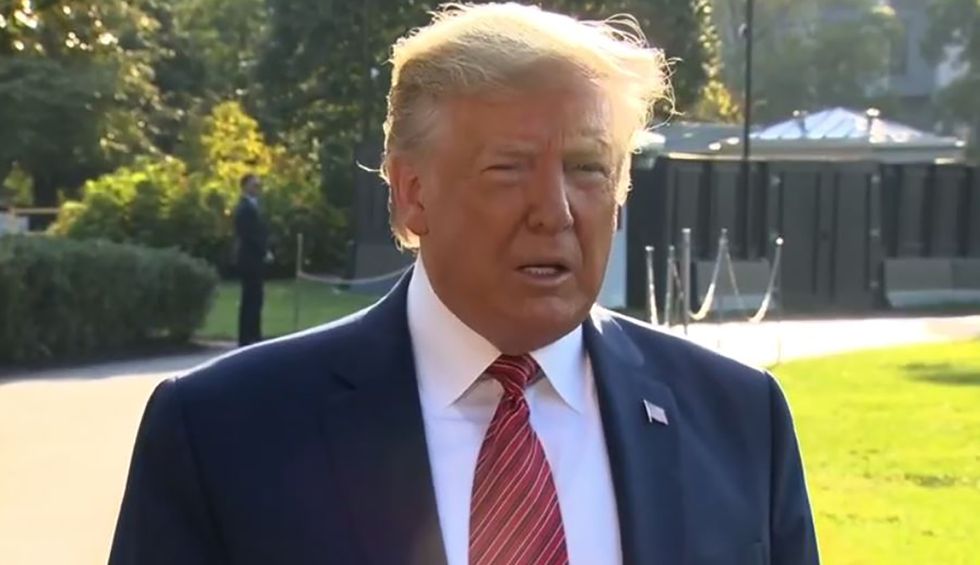 It’s been a busy 24 hours in the ongoing story of Donald Trump pressuring Ukrainian President Volodymyr Zelensky to investigate Trump’s political rival Joe Biden in exchange for military and financial aid. First, there was Trump himself admitting it. Then there were Secretary of State Mike Pompeo and Secretary of the Treasury Steve Mnuchin hitting the Sunday talk show circuit to defend Trump, even if he did do it because Joe Biden is probably a crook. And of course Fox News was cranking up its own conspiracy theories in the service of Dear Leader, while the rest of the media explained why this is bad news for Joe Biden. And then there was Trump claiming that he was "considering" releasing the transcript of his extortion call. Uh huh.

“We’ll make a determination about how to release it, releasing it, saying what we said.” [...]

Trump reiterated that he would “talk” about releasing details from the call, adding, “But you have to be a little bit shy about doing that.”

So sure, Trump is considering releasing the transcript … or releasing something “saying what we said.”

All of which will no doubt happen sometime after he finishes considering whether or not to release his tax returns.