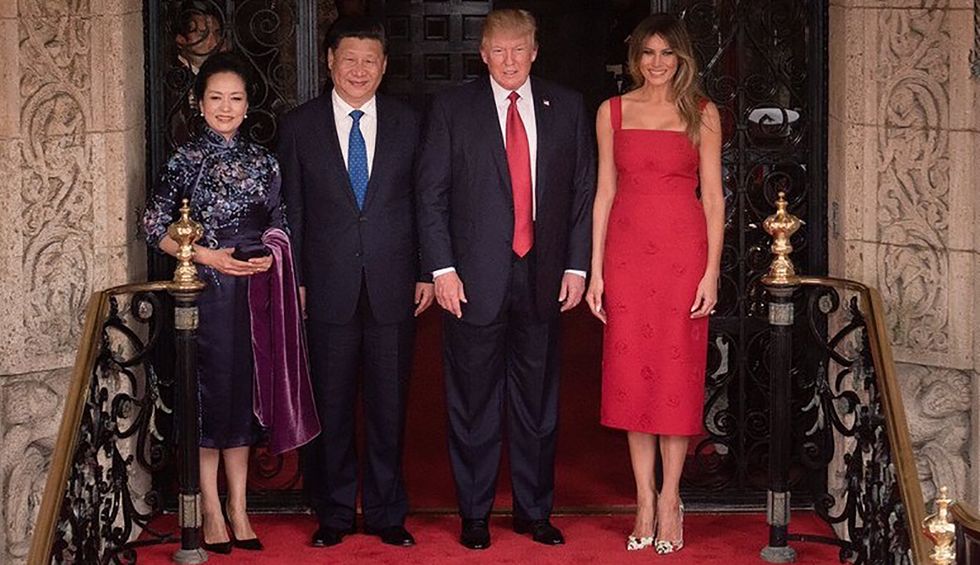 Donald Trump has not given up control of his for-profit businesses as he pretends at the task of playing president. Members of Trump's transition team or, more likely, government ethics officials were at least able enough to convey how grotesquely improper that was, to the point where Trump was obliged to pantomime handing those companies' management over to his adult children, but he did not financially divest from those companies, as literally every other modern president was expected to do as a matter of basic norms.

The whole thing has been a charade. A fraud. And as we hear, every month, of new instances in which government agencies, the military, the Secret Service, or the thoroughly toadying vice president have been forced to put government money into Trump's businesses and therefore his own pockets, the pretense that Trump is somehow uninvolved with this grift of his own making is at this point barely pretensed-at.

The New York Times cites current and former White House officials to report that Trump "spends more time talking about his properties in private than he does in public, and even as president, remains intimately involved with club minutiae, like knowing all the names on his Mar-a-Lago membership roll." To spell that out: Trump's private business invites well-heeled supplicants to pay cash to Donald's for-profit club. Trump is intimately involved with learning all the names that have given him those cash infusions.

To what end? Take a wild guess.

The so-called president is a crook. He is a grifter, a con man, a petty thief, a narcissistic twit, a liar, and a tax cheat. There's no question about any of these things, but the punditry and lawmakers alike pretend either that they don’t notice or that the swindler's many transgressions are not so different from the pre-existing ethical lines as to require consternation. To recognize otherwise would require raising voices or doing more work, two things that professional politics-knowers loathe from the core of their souls.

And, after all, all this nonsense about ethics and norms may simply be too complicated for the weary public mind to absorb. It was all merely a suggestion to begin with, after all.

He's a crook. He's pocketing cash from the military, from federal agencies, from his "campaign" donors, and from, literally, anyone willing to show up at one of his clubs with a fat enough check. We know it, he knows we know it, and the Sunday shows and halls of government still echo with assurances that it is no big deal, not really; our new leader is simply Too Successful A Man to deal with your little-person norms and concerns.

We'll know the extent of all this corruption only after he is gone. Then we will be able to quantify just how much corruption the rest of Washington, in the press and in his party, were willing to help cover up. And it will be pathetic to see what sort of petty grifting it took for half of our political leadership to abandon whatever convictions its leading con man required it to abandon.