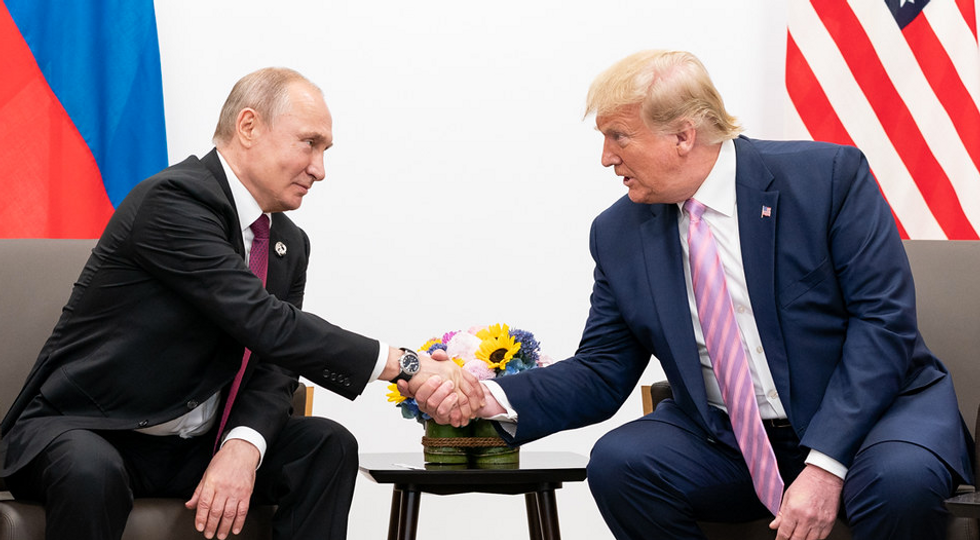 In order to pay for his U.S./Mexico border wall, President Donald Trump has been defunding everything from the Federal Emergency Management Agency (FEMA) to the construction of schools on military bases. And according to a report by Sam Brodey for the Daily Beast, Trump is also defunding the European Deterrence Initiative (EDI) by $771 million.

EDI is a program that started under President Barack Obama’s administration and was meant to assure U.S. allies in the European Union (EU) and the North Atlantic Treaty Organization (NATO) that the U.S. would support them following the Russian government’s annexation of Crimea. The program didn’t end after Trump was sworn in as president: Brodey reports that between 2014 and 2019, the EDI budget went from $1 billion to $6.5 billion.

Plenty of funding for the program remains, even without that $771 million. Nonetheless, a congressional aide told the Beast that defunding EDI by that amount sends a terrible message to U.S allies in NATO. The aide told the Beast, “The signal it sends to Russia is that the U.S. isn’t serious about its deterrence initiative for Europe — we’re not serious about our commitment to NATO and to our allies. The messaging is bad, and it’s compounded with all the other bad things Trump has done to harm relations with Europe.”

That aide, quoted anonymously, also told the Beast, “We already have a problem with cross-border transport in Europe, especially the eastern flank. The eastern countries are the most vulnerable; their infrastructure is relatively new. Taking money from there increases vulnerability.”

Jim Townsend, who served as assistant secretary of defense for NATO matters under Obama, was equally critical — telling the Beast, “They’re punishing the Europeans…. In my old office in the Pentagon, I’m sure the Estonians have already shown up and gone, ‘What the fuck?’”

Trump has drawn widespread criticism for his overt hostility to NATO. Former Vice President Joe Biden has even gone so far as to say he fears that if Trump is reelected, NATO will cease to exist. And according to Alina Polyakova, an expert on Russia-related matters at the Brookings Institute, Trump’s defunding of EDI sends an anti-NATO message.

Polyakova told the Beast, “It’s chaotic and is sending mixed signals to all of our allies in Europe, including EU and NATO member states. You have this, withholding aid from Ukraine, the sanctions policy on Russia — it’s really confusing if you’re in Kiev or Warsaw.”

Similarly, Evelyn Farkas, former deputy assistant secretary of defense for Russia and Ukraine under the Obama Administration, told the Beast that defunding EDI “raises the question of whether the president is sufficiently committed to deterrence of Russia and security of U.S. personnel and U.S. interests in Europe as opposed to on our border.”