Trump-backed Saudi coalition launches deadliest attack of the year. Here's why we're all 'complicit in this nightmare.' 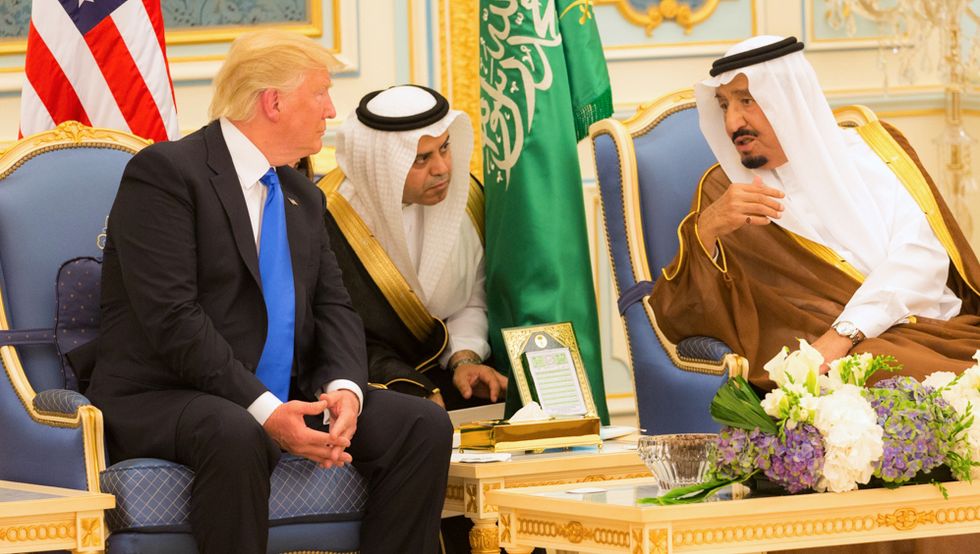 In what was described as its deadliest attack on Yemen this year, the U.S.-backed Saudi-led coalition on Sunday killed more than 100 people with airstrikes on a detention center in Dhamar city, forcing aid workers to divert medical supplies intended for the nation's cholera epidemic to treat victims of the bombing.

Franz Rauchenstein, head of the the International Committee of the Red Cross (ICRC) delegation in Yemen, which responded to the attack and searched for survivors under the rubble, called the bombing "disturbing" and a likely war crime.

"The location that was hit has been visited by ICRC before. It's a college building that has been empty and has been used as a detention facility for a while," Rauchenstein told AFP. "To hit such a building is shocking and saddening—prisoners are protected by international law."

According to ICRC, there were around 170 people in the detention facility when it was attacked by the Saudi-led coalition. At least 40 survivors are being treated, and the rest are presumed dead.

"Witnessing this massive damage, seeing the bodies lying among the rubble was a real shock," said Rauchenstein. "People who are not taking active part in combat should not die in such a way."

Shortly following the bombing, United Nations special envoy to Yemen Martin Griffiths issued a statement demanding an investigation and accountability for the attack.

"The human cost of this war is unbearable. We need it to stop," said Griffiths. "Yemenis deserve a peaceful future. Accountability needs to prevail."

Sen. Bernie Sanders (I-Vt.), a 2020 Democratic presidential candidate who led the War Powers effort in the Senate, said Sunday that "U.S. bombs, logistical support, and intelligence for the Saudi dictatorship's airstrikes make us complicit in this nightmare."

"Congress has declared this war unconstitutional," tweeted Sanders. "We must now stand up to Trump and defund all U.S. involvement in these horrors."

Fabrizio Carboni, ICRC's Near and Middle East regional director, said the destroyed facility was a place the group had visited numerous times in order to assess the condition of the prisoners and advocate on their behalf.

"The conflict in Yemen is claiming too many civilian victims and others not taking part in hostilities," Carboni said following Sunday's bombing. "We need to understand now what exactly happened and how we can support the injured and families of the dead."