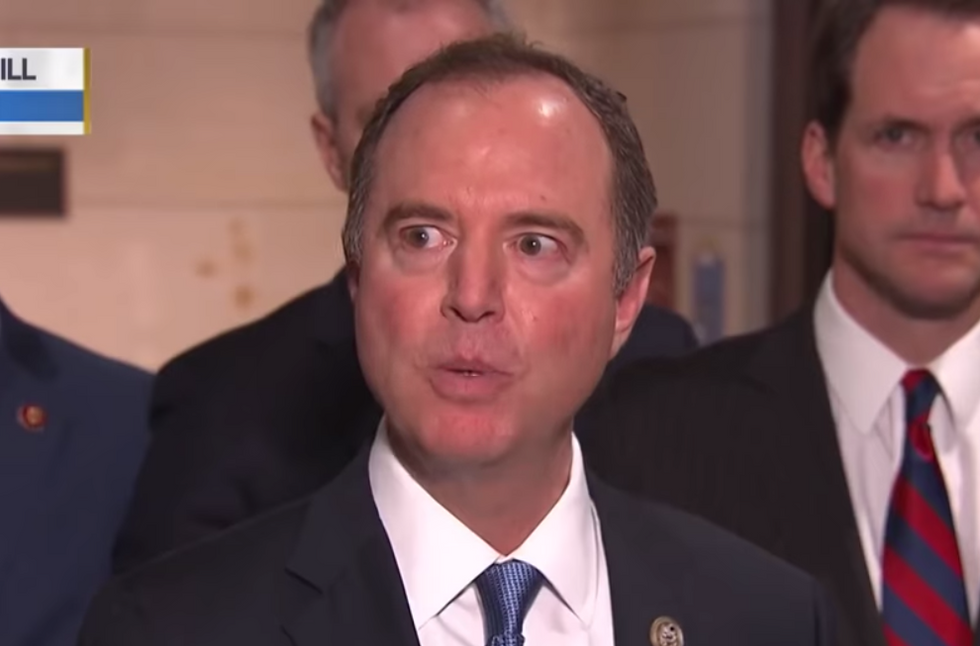 With House Speaker Nancy Pelosi having come out in favor of an impeachment inquiry in response to reports that President Donald Trump, in July, tried to pressure Ukrainian President Volodymyr Zelensky into investigating a political opponent — former Vice President Joe Biden — House Intelligence Committee Chairman Adam Schiff is, according to the Washington Post’s Greg Sargent, demanding documents concerning the government whistleblower who reported that Trump had a troubling conservation with a foreign leader.

Schiff, in a House Intelligence Committee document, is demanding “any legal opinion, legal analysis or factual analysis” by the U.S. Department of Justice’s Office of Legal Counsel (OLC) related to the whistleblower’s complaint as well as any information the FBI has on “the underlying conduct of the complaint.”

The California Democrat is also asking for “any and all DOJ communications, correspondence and consultation” with the Office of the Director of National Intelligence (ODNI) or the White House pertaining to the complaint. And Schiff is demanding “any and all documents about DOJ involvement, analysis, review and participation related to any previous whistleblower complaint.”

Sargent notes, “Importantly, Schiff says this is a demand pursuant to the House's impeachment inquiry.”