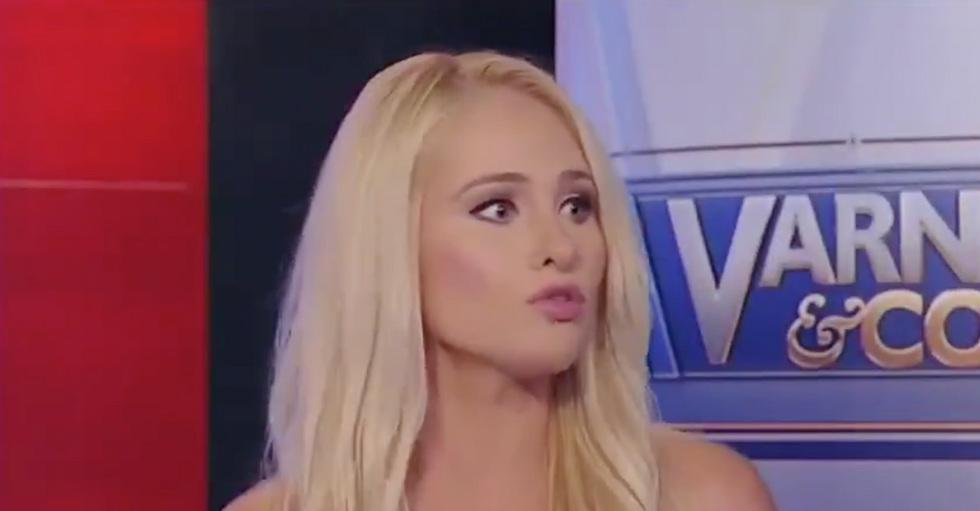 The day after Democratic presidential candidate Beto O’Rourke told Americans, “Hell yes, we’re going to take your AR-15,” Tomi Lahren warned Americans will be armed to protect themselves from immigrants. The Fox Nation host suggested Americans may have to shoot immigrants to “protect” themselves, as Media Matters reports.

Lahren made her remarks on sister network Fox Business, in an insane segment that included host Stuart Varney’s false claim that America is “the only country in the world where armed citizens are allowed.” 175 countries around the world allow their citizens to be armed, and three explicitly do so in their constitutions

After telling viewers that “you can’t depend on the government to protect you at all times,” Lahren insisted the “government is going to fail you.”

Having a firearm “is your right, your right to protect and defend yourself and your family,” she added.

“And all the things the Democrats want to put in place — my goodness, if they want to open our borders, you better be sure the people in Texas, the people in South Dakota, the people in the middle of this country, we are going to be armed and ready, because we have to have a means to defend ourselves from — who knows who’s coming in? That’s the thing, we don’t know, and we have to be able to protect ourselves.”

Democrats are not advocating for “open borders.”

Fox host Tomi Lahren suggests that Americans may need to shoot immigrants: "We are going to be armed and ready, bec… https://t.co/vUEMsO7eRU
— Media Matters (@Media Matters)1568394359.0