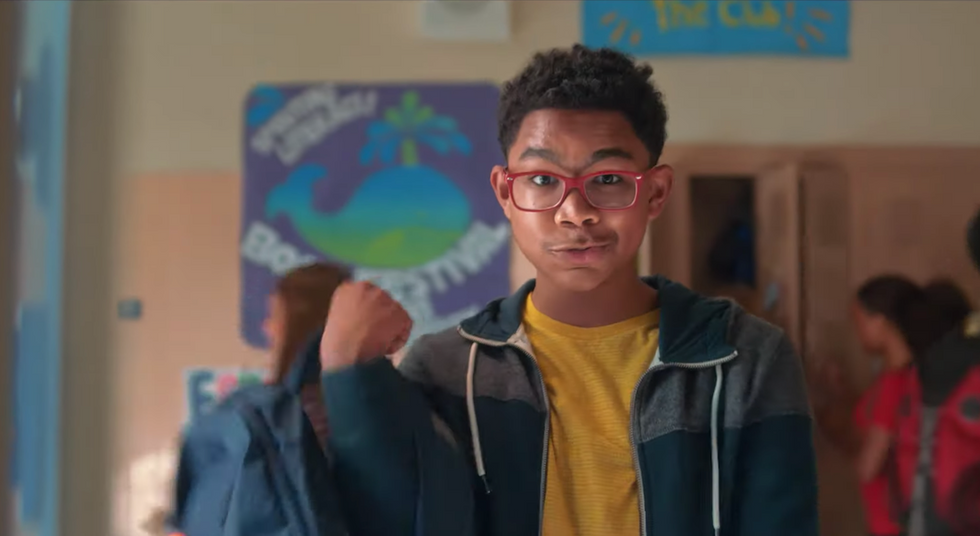 We are at a profoundly sick point in our nation’s history when a public service announcement like this is deemed necessary.

A chilling new PSA by Sandy Hook Promise that debuted on TODAY Wednesday depicts students showing off their new school gear like backpacks, binders and jackets as a school shooting erupts, prompting the items to take on unintended uses.

"These new sneakers are just what I needed for the new year," a student running from a shooter says.

"These new socks? They can be a real lifesaver," another student says as she uses them for a tourniquet on a classmate wounded by a bullet.

The PSA, which speaks for itself, is below. It’s quite disturbing—and rage-inducing—because it vividly shows what our children are now expected to tolerate, thanks to the NRA and its willing tools in the United States Congress.

The video is the latest in a campaign to help communities take matters into their own hands, since lawmakers continue to do nothing.

The clip, titled "Back to School Essentials," is part of Sandy Hook Promise's "Know the Signs" campaign that looks to educate students, teachers and parents about seeing the signs of a potential school shooter and intervening before it's too late.

Potential signs include an obsession with firearms, aggressive behavior over minor incidents, social isolation, threatening behavior and talking about plans for suicide, according to the organization.

Public service announcements and campaigns such as this are unnecessary in the rest of the developed world, because the rest of the developed world does not provide easy, ready access to weapons specifically designed to annihilate large numbers of human beings.  Our society insists on that access, however, so the tragedy of mass shootings, and these sad campaigns aiming to prevent them, will continue. Meanwhile, our children become inured to attending schools that could at any given moment descend into horrific shooting galleries.

Notably, there is no suggestion of even attempting to stop the spread of these weapons in the PSA. Rather, parents, students and teachers are plaintively urged to “look for the signs.” That may very well be because when anyone suggests controlling or restricting guns’ usage and availability, one of our two political parties immediately puts its fingers in its ears and pretends that it can’t hear. That omission, and the sense of futility and desperation that it implies, is probably most revealing of the grotesque situation our country now faces.

Republicans will never do anything to control the spread and availability of guns in this country. Ever. There is no point in expecting them to change that position, regardless of how many children are killed.

For anyone who cares about this issue, there is only one truly effective solution: Vote. Them. Out.