This migrant mother and her child couldn't wait for their asylum court date anymore. They drowned trying to enter the US 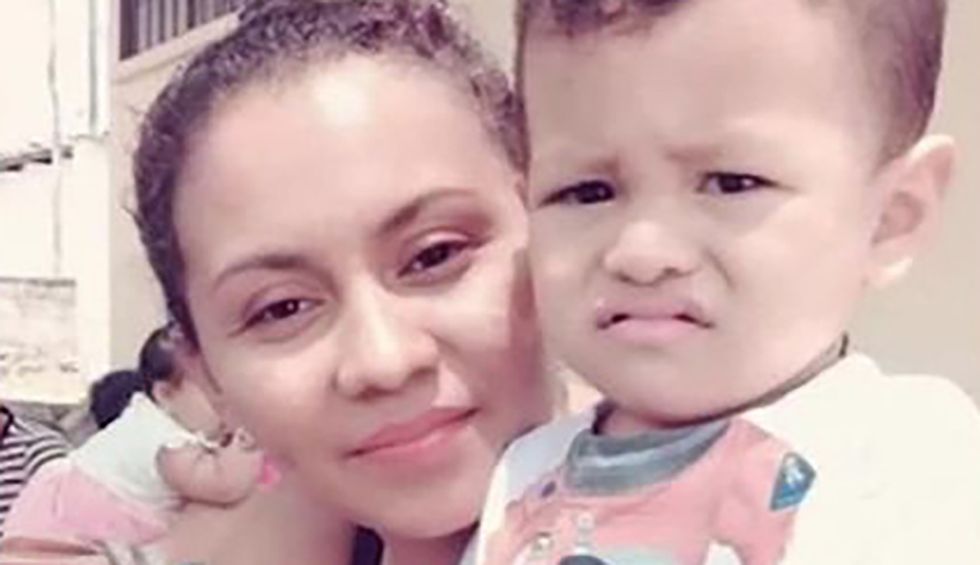 This migrant mother and her child couldn't wait for their asylum court date anymore. They drowned trying to enter the U.S.

By Stacy Fernández, The Texas Tribune

"This migrant mother and her child couldn't wait for their asylum court date anymore. They drowned trying to enter the U.S." was first published by The Texas Tribune, a nonprofit, nonpartisan media organization that informs Texans — and engages with them — about public policy, politics, government and statewide issues.

A Honduran mother and her 21-month-old son died near Del Rio earlier this month after trying to cross the Rio Grande into Texas, a U.S. Customs and Border Protection spokesperson confirmed Friday.

According to CNN, Idalia Yamileth Herrera Hernandez had recently crossed the U.S.-Mexico border with her son, Iker Gael Cordova Herrera, and requested asylum. But under the Trump administration's "remain in Mexico" program, they were sent back to Matamoros, Mexico, to wait for an immigration court hearing. They grew more and more desperate while waiting for their hearing and died while it was still pending, CNN reported.

More than 20,000 asylum seekers have been returned to Mexico since the remain in Mexico program was launched in January. The program is a controversial partnership between the Trump administration and the government of Mexico. Migrants subjected to it are required to wait in Mexico, potentially for months or longer, while their asylum cases play out in U.S. immigration court.

CBP conducted an air and water search after Border Patrol agents alerted the agency to a possible drowning on Sept. 11 near San Felipe Creek, a statement from the agency says. Border Patrol agents recovered the bodies of a woman and small child by boat. Agents notified local authorities in the Val Verde County sheriff's office, who took custody of the bodies, according to the statement.

This article originally appeared in The Texas Tribune at https://www.texastribune.org/2019/09/20/migrant-mother-and-child-drown-crossing-rio-grande-enter-us/.