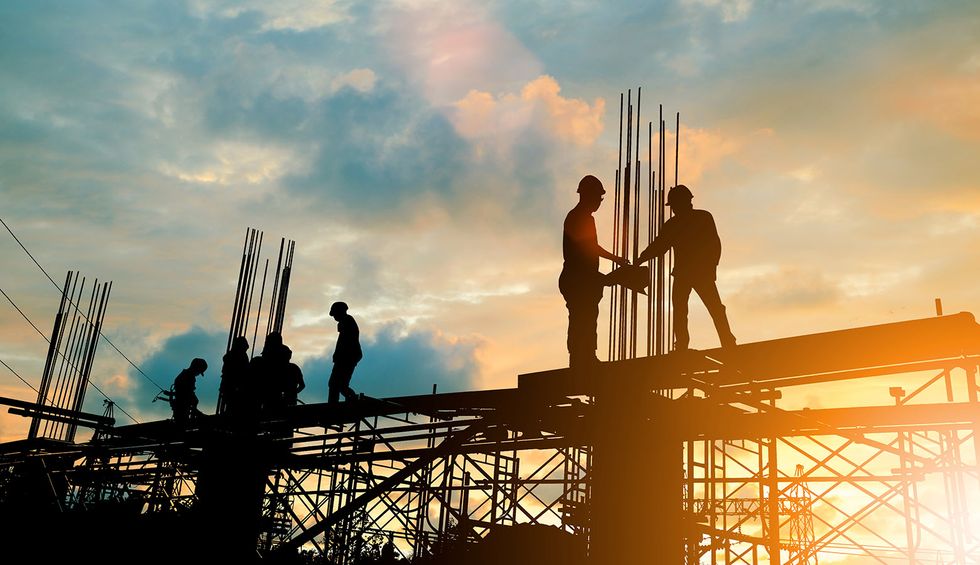 In 1894, Congress passed a law recognizing the first Monday of every September as a national holiday dedicated to honoring American workers. That same year — indeed, at the very time that the law was passed — former President Grover Cleveland used the power of the federal government to brutally repress a national railroad strike, one which was led by the labor icon Eugene Debs, who would become an inspiration for current Democratic presidential candidate Bernie Sanders.

Few things better sum up America's ambivalent relationship with labor movements as this pair of facts: In a just society, every individual who wants a job to support themselves and their dependents would be able to obtain one and be treated with dignity, respect and fair play. But as the Washington Post wrote in 2016, "The United States has had a long and complicated relationship with unions. When you look back to the labor movement at the turn of 20th century, it’s a time filled with violent strikes and nasty conflict. Politically, it’s attached to radical populist figures such as Eugene V. Debs and Bill Haywood — and none of them ever got their socialist agendas very far."

Here are some fast facts you should know about the history of American labor as we mark Labor Day:

1. The economy is healthier when Americans have stronger unions.

Robert Reich, the former Labor Secretary under President Bill Clinton, put it best when he wrote the following in the San Francisco Gate in 2013:

... labor unions are almost extinct. The decline of unions in America tracks exactly the decline in the bottom 90 percent's share of total earnings, and the shrinkage of the middle class.

In the 1950s, when the U.S. economy was growing faster than 3 percent a year, more than a third of all working Americans belonged to a union. That gave them enough bargaining clout to get wages that allowed them to buy what the economy was capable of producing.

But as of 2012, only 6.6 percent of American workers in the private sector were unionized, the lowest rate of unionization in almost a century.

Vox's German Lopez put it even more succinctly last month when he wrote that "based on reviews of the research, the decline in unions — of about 66 percent since the 1940s and ’50s — can explain about 10 to 30 percent of the rise in inequality we’ve seen in the past several decades."

The reason for this is obvious: If you want ordinary people to have more money, they need tools with which to assert their economic rights to the wealthy. Labor unions are one such tool, and when Americans have been unionized, they have prospered. When Americans don't have unions or those unions are weak, the wealthy individuals use their power to dominate those with less means.

Until the presidency of Franklin D. Roosevelt, the idea that unions would be a predominantly Republican or a predominantly Democratic constituency was simply unheard of. The reason unions became a Democratic stronghold is that during his first term, Roosevelt used his New Deal policies to empower unions as never before. He pushed through the National Labor Relations Act of 1935, which guaranteed private sector employees the right to unionize, collectively bargain and engage in collective actions like taking strikes, and in general oriented his policies toward helping the working poor rather protecting the property of the wealthy.

This spurred unions to mobilize behind Roosevelt's 1936 re-election campaign, and when he won in one of the biggest popular and electoral vote landslides ever, he rewarded them for their support by passing the Fair Labor Standards Act of 1938. That law established a minimum wage, outlawed most forms of child labor and guaranteed "time-and-a-half" overtime pay for individuals who work more than forty hours in a week.

3. Despite Roosevelt's accomplishments, America has been noted for having weaker labor unions than other Western countries.

Historians have fiercely debated why American politics have not seen a vibrant labor sector like our European counterparts, but certainly one reason is that Americans tend to not see themselves as being stratified by class, at least not to the same extent as our counterparts in other nations. Even worse, labor movements in the 19th Century and early 20th Century were split between more moderate factions which ad modest goals framed within the context of participatory democracy and capitalism and more radical factions which believed a total overhaul of America's economic, social and political institutions would be necessary in order to ensure working-class rights. Inevitably, the enemies of labor tended to paint all of the movements as being radical, while the internal fractiousness within labor itself made it difficult for many industries to effectively unionize on the national level.

4. President Donald Trump is not a friend of labor unions.

Setting aside that his economic policies have focused on corporate deregulation and disempowering workers' movements, bear in mind that even the president's supposed affinity for coal miners is fraudulent. Take this excerpt from a 1990 interview with Playboy Magazine:

I like the challenge and tell the story of the coal miner’s son. The coal miner gets black-lung disease, his son gets it, then his son. If I had been the son of a coal miner, I would have left the damn mines. But most people don’t have the imagination — or whatever — to leave their mine. They don’t have “it.”

Needless to say, Trump is not regarded as a generous or compassionate boss in the business world, a lack of empathy for the working class which has carried over into his presidency. These include a documented pattern of stiffing workers after they performed services for him, with at least 60 lawsuits since the 1980s alleging that Trump and his businesses failed to pay contractors and laborers for their work. During his presidency, Trump has failed to keep American jobs from being exported in spite of his campaign promises, and he has done nothing to advance workers' rights in other ways.

5. If Democrats are going to win in 2020, they'll need the strong support of labor to do it.

All of the Democratic presidential candidates are better for unions than Trump. Some, like former Vice President Joe Biden, have a more mixed record, cultivating a working man image and generally supporting union rights but occasionally moving in the opposite direction, such as his public criticism of labor law reform in the late 1970s, his support for NAFTA and TPP and his authorship of the 2005 bankruptcy bill.

Others have much stronger histories when it comes to labor rights. Sen. Elizabeth Warren of Massachusetts has long championed unions and celebrated the unionizing of her own campaign workers. "Every worker who wants to join a union, bargain collectively, & make their voice heard should have a chance to do so. The labor movement has long fought for the dignity of working people, & we’re proud to be part of it," she has tweeted.

Whereas Trump has merely attacked America's neoliberal trade system, Warren has come up with a detailed plan for making sure that it is oriented toward protecting the working class rather than benefiting large businesses. In addition, she told InTheseTimes that if elected, she would "ban states from passing so-called right-to-work laws that destroy unions, and why I will appoint people to my administration who have a history of fighting for workers and are committed to fighting for workers’ rights. I will ensure union members have a real voice in any trade deal negotiation, and I will use the White House bully pulpit to support workers as I’ve supported striking workers at Stop & Shop, Marriott hotel workers and teachers in Oklahoma."

Warren has also advocated "fully portable benefits for everyone and make sure that all work—full-time, part-time, gig—carries basic, pro-rata benefits"; argued that employers should not be allowed to misclassify workers as independent contractors to thwart unionizing; and said that America needs "to turn the minimum wage into a living wage, protect card check, implement President Obama’s overtime pay rules and rules that limit workers’ exposure to chemicals that can cause lung disease and cancer, ensure workers’ hours are stable and fair and make it quick and easy to join a union."

Meanwhile, Sen. Bernie Sanders of Vermont made it clear last year during an interview with In These Times that "in my view, there is really no way the middle class in this country is going to grow unless we build the trade union movement. Virtually all of the power rests with employers and large corporations. Workers without unions are finding it very difficult to get the kind of wages and benefits that they need."

Sanders has advocated sectoral bargaining so that instead of needing to be organized at each individual workplace, union negotiations could occur between all laborers and employers in their specific industries so the government can extend a contract regardless of whether each laborer is in a union, according to the Week.

Among other things, Sanders would also make it possible for unions to be certified with a simple majority petition, prohibit employers from labeling their employees as supervisors or independent contractors so that they can skirt unionization laws, outlaw at-will employment so that employers have to show "just cause" before firing employees, require any savings that employers with union-negotiated health benefits receive through Medicare-for-All to give them back to their employees, make it easier for employees at franchises to unionize against a corporation rather than individual stores and establish a legal right to unionize.