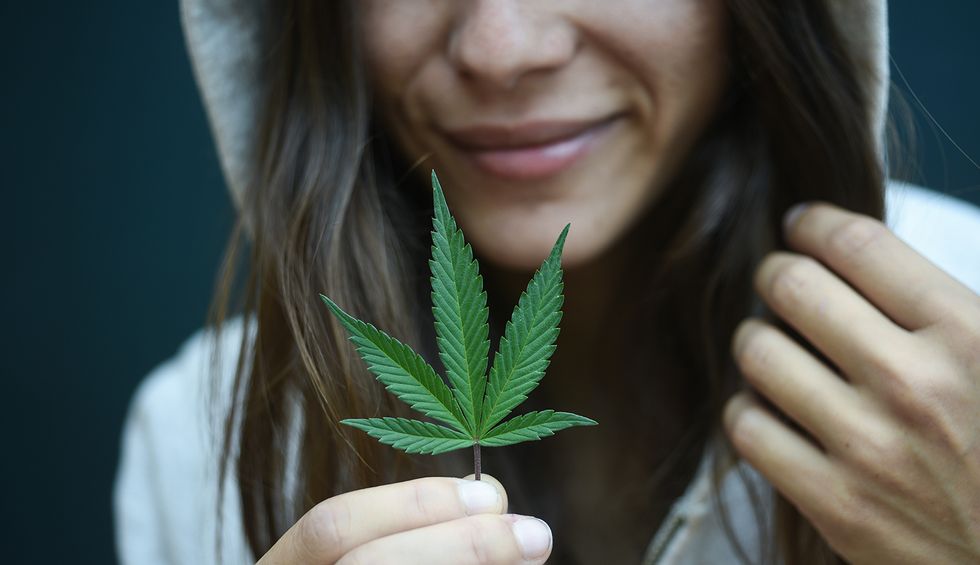 The New York Chapter of Smart Approaches to Marijuana (SAM), the prohibitionist organization led by Kevin Sabet, has submitted a request “to keep its funding sources confidential,” as reported in a September 5 Times Union article. As justification, the group cited fears that its donors would be harassed.

As the Times Union noted, New York law requires social welfare organizations that engage in lobbying to disclose their funding sources. A “substantial likelihood” of harm to publicly revealed donors is the only permitted exemption. New York’s Joint Commission on Public Ethics is due to hear SAM’s disclosure exemption request on September 10.

According to state disclosure records, SAM spent $84,795 on lobbying against the sensible regulation of cannabis in New York in the first half of 2019.

SAM’s request for donor anonymity claims “that it doesn’t receive funding from “faceless deep-pocketed corporate interests” in the “alcohol, tobacco, opioid, or the prison industries…”

Yet the organization’s attempt to avoid transparency is ironic, when SAM has just announced its intention to release a report on industry donations to the marijuana legalization movement.

And my research indicates that SAM has received funding from “faceless, deep-pocketed” government sources with vested interests in propping up the system of prohibition that is failing at every level.

For years, Kevin Sabet has publicly denied that SAM has received funding from law enforcement or government sources. SAM’s website states that its funding is from family foundations, grassroots supporters and conference speaking fees—but not the “nefarious private prison industry or pharmaceutical industry” as has been widely alleged. Yet SAM fails to mention its ties to taxpayer dollars.

In 2016, while working on California’s legalization initiative, I discovered that SAM has received large amounts of money from Californians for Drug Free Youth. CADFY is a San Diego-based nonprofit that has acted as a financial pass-through entity managing the federal grant for the San Diego Imperial High Intensity Drug Trafficking Area program.

CADFY and SAM are closely connected in other ways besides funding. They share speakers and conference appearances, and have collaborated for years through the federally funded National Marijuana Initiative. My article describing this relationship was published in 2016.

Just a few months ago, I engaged with Sabet on Twitter regarding SAM’s past funding. When I brought up CADFY, he responded that CADFY funding was only received before SAM was incorporated.

Earlier tax returns also reflect revenues raised for SAM of $33,508 in 2013, and $234,398 in 2014. So Sabet told the truth about the pre-incorporation government  funding for SAM, but lied about the post-incorporation funding.

Why tell this lie when it can be refuted by easily accessible public records? I can only infer that it’s a clumsy attempt to hide the fact that SAM was taking government money—which is really taxpayer money—because this is inconvenient in light of SAM’s longstanding complaint of corporate lobbying, now formalized as its #FollowTheMoney campaign against the legalization movement.

The move to keep SAM’s New York donors secret is highly disingenuous. It’s about  hiding its connections to those with money or power.

To be clear, it’s perfectly legal for CADFY to have donated to SAM. But it is also the law that those donations be restricted to a charitable purpose only. There are significant restrictions on the use of federal grants to influence federal, state or  local officials or legislation—and we should always expect transparency and accountability with the expenditure of taxpayer dollars.

Examining SAM’s and SAM Action’s recent 990s, it’s hard to determine where that money went and how it was used. If SAM is following the law, the expenses cited by CADFY of over a half-million dollars could only go into SAM—not SAM Action, the organization’s lobbying arm.

SAM and Sabet regularly attack other organizations for lobbying, for failing to disclose their funders, and for potential conflicts of interest. Their own lack of transparency therefore amounts to rank hypocrisy.

The NMI is a taxpayer-funded ONDCP program, one of three national HIDTA Initiatives. As such, it of course stands with SAM and CADFY in opposition to legalization, touting the widely discredited HIDTA reports issued in the current adult-use states.

The NMI has a speakers bureau that offers, at no cost to organizations across the United States, “experts” to dispel misconceptions about marijuana. One of its speakers, for example, is Ben Cort who is on the SAM leadership team and was listed as a member of SAM Action board in 2016.

Jo McGuire is another member of the NMI speakers bureau. She touts herself as the creator of the Colorado SAM Chapter and is identified as its co-chair in a press release.

The NMI resources page additionally shares links for both SAM and CADFY, without acknowledging that CADFY contributes money to NMI conferences and has funded SAM in the past.

Although the NMI budget footprint is relatively small, it props up the federal government strategy of opposing any attempt to legalize the use of a substance currently listed in Schedule 1 by widely distributing disinformation through private and governmental sources.

Kevin Sabet has clearly parlayed his former role working for the ONDCP in the Clinton, George W. Bush and Obama administrations into a career. He has used his political connections in a Machiavellian manner, integrating his leadership team and speakers into government-funded programs so that their work doesn’t impact his organizations’ bottom lines. SAM thereby clings to its pretence of not representing big government, while supporting and being bankrolled by our taxpayer dollars.

Sabet’s deliberate lies reflect the cynical zero-sum game that he and SAM choose to play.

I could be wrong, but I can’t name another drug policy nonprofit that benefits from both direct and indirect taxpayer dollars in this fashion. Lobbying laws exist for a reason. They are designed to protect transparency and keep the legislative process accountable. But as well as defending the letter of those laws, it’s also important to spotlight legal but unethical ways in which taxpayer-funded resources are used.

SAM and Sabet always point to what they term “Big Marijuana’’—and how the new industry uses lobbyists and cash to promote legislation that would be in its own interests. Yet such funding involves accountable, transparent donations with private money. That transparency is what enables SAM to make its criticisms.

In contrast, Sabet continues to fail to disclose SAM’s own funding and the incestuous financial connections behind efforts to maintain the status quo.

The move to keep SAM’s New York donors secret is therefore highly disingenuous. It’s not about stopping harassment. It’s about protecting SAM’s own interests and hiding its connections to those with money or power.

I used to believe that legalization advocates could find common ground with SAM on issues of public health and commercialization. But Sabet’s deliberate lies over something as simple as donations from CADFY reflect the cynical zero-sum game that he and SAM choose to play in our legislatures, in our schools and in the public health discussion.