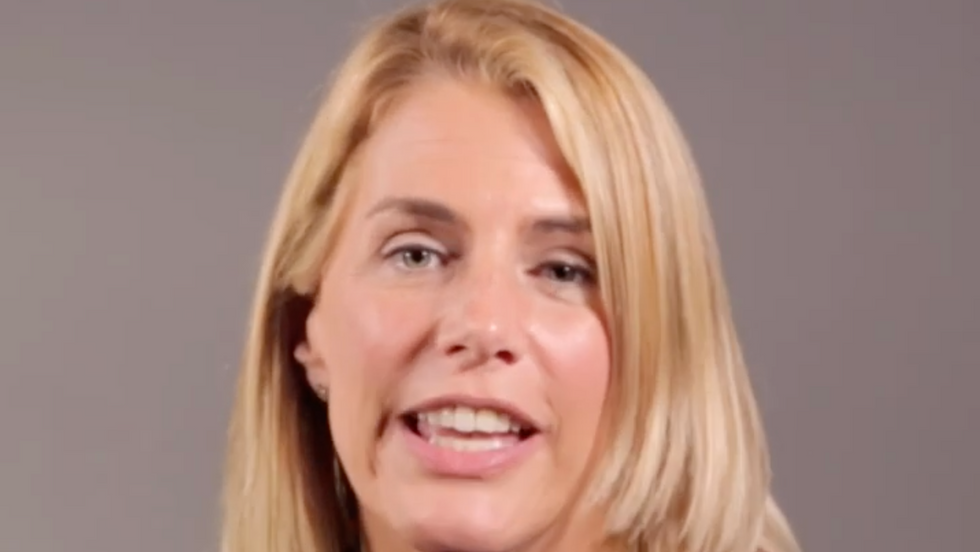 The Association of Flight Attendants has been at the progressive labor front lines the past few years, using their organizing strength to fight against Donald Trump’s racist immigration bans. Sara Nelson, the International President of the AFA-CWA, AFL-CIO, called for an immediate strike, the organizational pressure of which made dumb Trump bend the knee and re-open the government this past winter. She sees the fight to grow the labor movement as both a macro and micro operation of communication.

“I find that when you focus in the workplace, everything follows,” she told Daily Kos at Netroots Nation in July. “You've gotta stay focused on what people really care about, and if you're only thinking about the top-line, you're going to miss how to connect with people.”

Part of connecting with union members is conveying just how larger issues ultimately affect their day-to-day lives. This is often seen in discussions about climate change and the threat, from conservative circles, of jobs being lost as industries pivot away from business as usual.

“The truth is that the solutions to climate change are going to save jobs, they're not going to kill them,” Nelson explains; after all, severe weather events mean there will be less flights, and less flights mean less work. “If we want to continue to have jobs, and have planes taking off and carrying us all over the world, then we've got to address climate catastrophe.”

Check out the rest of Daily Kos’ conversation with Nelson, in the latest installment of our Making Progress series.

Question 1: You’ve emerged as a real force in union organizing. How have you managed to succeed, at a time when other unions are struggling?

I find that when you focus in the workplace, everything follows. You've gotta stay focused on what people really care about, and if you're only thinking about the top-line, you're going to miss how to connect with people. So it's really about finding, every single day, what people care about in the workplace ... and if you're talking with your members, and communicating with them all the time, and working on two-way communication—and not just shooting out information and telling them what they need to know—then it comes very easy, because people want to be a part of a place where they feel at home.

Question 2: When Democrats come into power in states where “right to work” laws were established under Republican administrations, how can they restore the political power to unions?

In states where “right to work” laws have been passed (of course we called them “right to work for less”), those should be repealed. This is anti-worker, it's frankly anti-American. It doesn't give workers a competitive edge, to be able to drive to the highest standards, rather than the companies being able to drive them to the lowest standards. And that's not who we are as a country, so any legislatures out there where there's still “right to work” laws on the books, they need to get busy with repealing those. Like I always say: "Start in the workplace, and politics will follow."

Question 3: When Hurricane Maria hit, you and your union immediately showed up to help organize resources and labor to rebuild. We are indebted to you for your quick action. Do you think there is a place, or a path forward, for labor to take on environmental issues before disasters hit? What does it look like?

The truth is that the solutions to climate change are going to save jobs, they're not going to kill them. Our members in the aviation industry know that when we have severe weather events, we have increased turbulence in the air. That's a major occupational hazard, and when we have severe weather events that close airports or cities for days or weeks, planes don't take off, and that means my members don't have jobs. So we understand, very clearly, that this is an issue that we have to address, because if we want to continue to have jobs, and have planes taking off and carrying us all over the world, then we've got to address climate catastrophe. But it has to start with helping people understand why it matters to them, why it matters to them economically, why it matters to them taking care of their families, and why it matters to them for the world that they live in.

Bonus Question: What advice would you give your teenage self?

If I could give advice to my teenage self, I'd tell her it doesn't matter what the boys think.

Want to check out more from Making Progress? Do it! Check out our exclusive interview with 2020 hopeful Senator Elizabeth Warren. Watch as Native American activist Prairie Rose Seminole gives essential advice to those who want to be allies in the fight against injustice. Meet the Iowa Democrat who is hoping to oust racist Steve King, and listen to Pennsylvania state Rep. Summer Lee’s special advice for millennials who want to run for office.