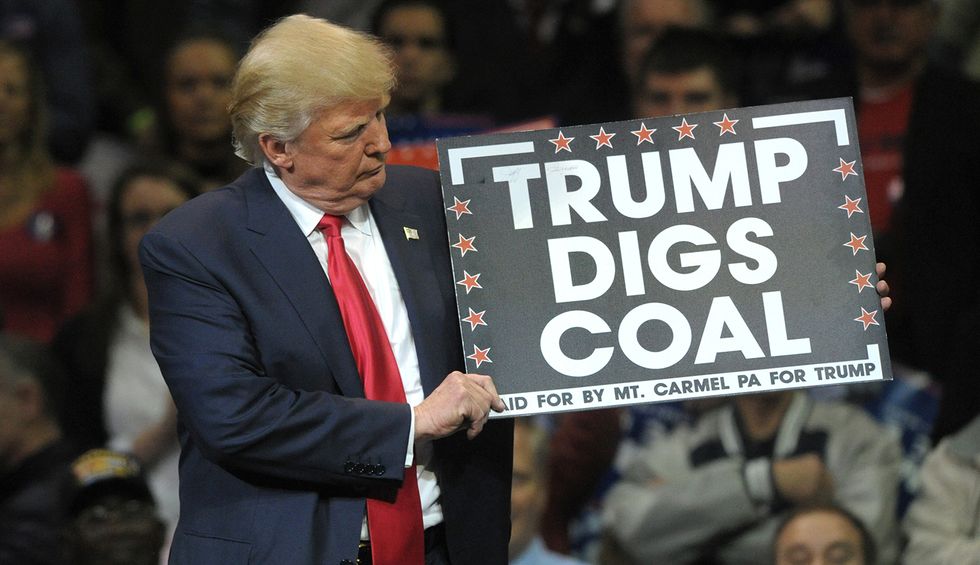 U.N. Secretary-General António Guterres has convened a climate summit this week, which he hopes will spur ambitious action by countries around the world. While the summit has laudably galvanized people, organizations, and governments globally to gather in New York City, unfortunately, Secretary-General Guterres and many others demanding urgent action are missing critical pieces of the puzzle. No truly ambitious solutions or actions can come to fruition when fossil fuel, agri-business, and other polluting industries are at the table. The industries that have fueled this crisis should have no part in dictating the solutions—rather, they should be made to pay to address the massive damages they have caused and to finance real solutions to the crisis.

Without these pieces of the puzzle in place, we know what we will get at this summit: proposals that will set us firmly down the path of increased global warming. For example, carbon markets and offsets are sure to play a big role. These are false solutions that enable Big Polluters to continue burning fossil fuels and devastating the earth under the guise of climate action. This is particularly galling as the Amazon burns and people in the Bahamas recover from the death and destruction left by Hurricane Dorian.

It is also galling because truly ambitious solutions are out there. Communities from the frontlines of climate change—those who have done the least to cause the crisis—have long proposed and advanced ambitious and equitable ways to address this crisis. For example: keeping fossil fuels in the ground, stopping deforestation, and implementing an equitable transition to 100 percent renewable energy.

What countries need to be doing is bringing such people-driven solutions to the climate summit. Just imagine what could happen if all of the power and resources gathered in New York this week were focused on the quickest and most equitable way to end fossil fuel extraction and transition completely to renewable energy. That would be true ambition.

This kind of ambition is exactly what people are demanding—and it will only be possible when polluting industries are not obstructing the process. For example, the International Emissions Trading Association (IETA)—one of Big Polluters’ most prominent trade groups founded by BP and includes Shell and Chevron among its members—is concurrently hosting a two-day “carbon forum” promoting “business-driven climate solutions.” If government leaders and civil society groups were truly serious about ambition, they would refuse to attend, knowing that such a forum is designed to advance false solutions leading us to a world where warming far exceeds safe limits.

In reality, these polluting industries, their front groups, and governments representing their interests (like the U.S.) have spent more than 20 years in the U.N. climate treaty process delaying, watering down, and blocking solutions to effectively and equitably address climate change. So it’s no surprise that they are doing the same this week.

And that’s why it’s vital that the movement to implement a conflicts-of-interest policy in the U.N. climate treaty succeeds. But removing the obstruction of Big Polluters and trade associations like IETA from policymaking is just the first step toward ensuring true climate solutions. Holding polluting industries liable for the damage they have caused is just as vital.

Take the fossil fuel industry: Over the past few years, media exposés have revealed that corporations like Exxon knew for decades that burning fossil fuels would lead to climate change. The fossil fuel industry then spent decades and hundreds of billions of dollars manufacturing doubt about the causes of climate change, discrediting science, and buying political influence. It ensured decades of increased emissions accompanied by stagnated climate policy.

There is a groundswell of support in the U.S. and beyond to make the fossil fuel and other polluting industries pay for the damages they have caused. Holding these industries liable can unlock hundreds of billions of dollars to help finance the most ambitious, most equitable, and most just solutions we have.

Communities on the front lines of climate change did not cause the crisis, but they are paying the highest price. They need and are owed funding to implement real solutions that will actually turn the tide toward a just response to this global crisis. The U.N. Secretary-General and policymakers alike must wake up to the fact that polluting industries and their backers should no longer be allowed to obstruct climate justice. Rather, we must make them pay—and ensure those funds are used to respond to damage already done and implement the solutions we need to forge our way to a just, livable future for all.

Patti Lynn is the executive director of Corporate Accountability, which stops transnational corporations from devastating democracy, trampling human rights, and destroying our planet. Alongside governmental and NGO allies, Corporate Accountability helped to rein in Big Tobacco by ensuring the adoption of the 2003 UN Framework Convention on Tobacco Control, the first legally binding treaty of the WHO. Patti has been with the organization for over 20 years.

Nnimmo Bassey is director of an ecological think-tank, Health of Mother Earth Foundation (HOMEF) and Coordinator of Oilwatch International. He chairs the Board of Environmental Rights Action/Friends of the Earth, Nigeria, an organization he co-founded and led as executive director from 1993-2013.