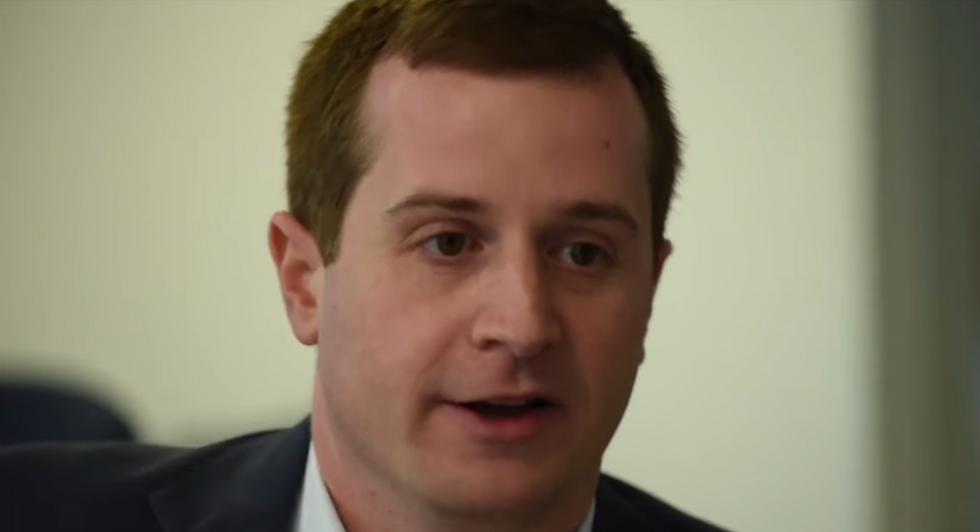 The special election in North Carolina's 9th Congressional District, a do-over from the 2018 balloting that was invalidated because of the blatant attempt by Republicans to steal it, is just six days away. This traditionally Republican district is so close to turning blue that the GOP is in total panic. In its panic, it’s turning this into a referendum on Donald Trump.

Not only have Republicans got Trump flying in for a rally on Sept. 9—the day before balloting—but they've also got an ad and a robocall from Trump flooding the district. They are making this all about him, which would make winning this district all the sweeter for Democrats, but especially for Dan McCready, who has had the longest 2018 campaign imaginable.

McCready and his opponent, Dan Bishop, infamous for sponsoring North Carolina's bathroom bill barring transgender students from using the facilities of the gender they identify with, are by all polling accounts tied. One from Harper Polling and Clarity Campaign Labs published Friday has McCready up by 4 points, within the margin of error. That poll also has Trump slightly underwater, with an approval rating of 47% and disapproval at 48%, which makes the North Carolina GOP's reliance on him in this race even more fraught.

Internal polling in each campaign reportedly also has the two essentially tied, but by the end of Monday, the early vote had favored Democrats, who have voted early and absentee at a rate exceeding their registration percentage, while Republicans are just matching theirs. Don't forget that in the rigged balloting from last November, McCready was behind by just 905 votes when they called it over and invalid. That was with rampant fraud and ballot theft by Republicans.

This is definitely a winnable one, and it would be sooooo rich to take after Trump's investment in it. With less than a week to go, our financial help will be critical, allowing the campaign to be out doing GOTV instead of trying to raise money for the final stretch.

P.S. If you live in NC-09, Hurricane Dorian is on the way, and elections officials have encouraged everyone to vote early, before the hurricane hits! Early voting ends on Sept. 6. Find your polling place here and make a plan to vote!