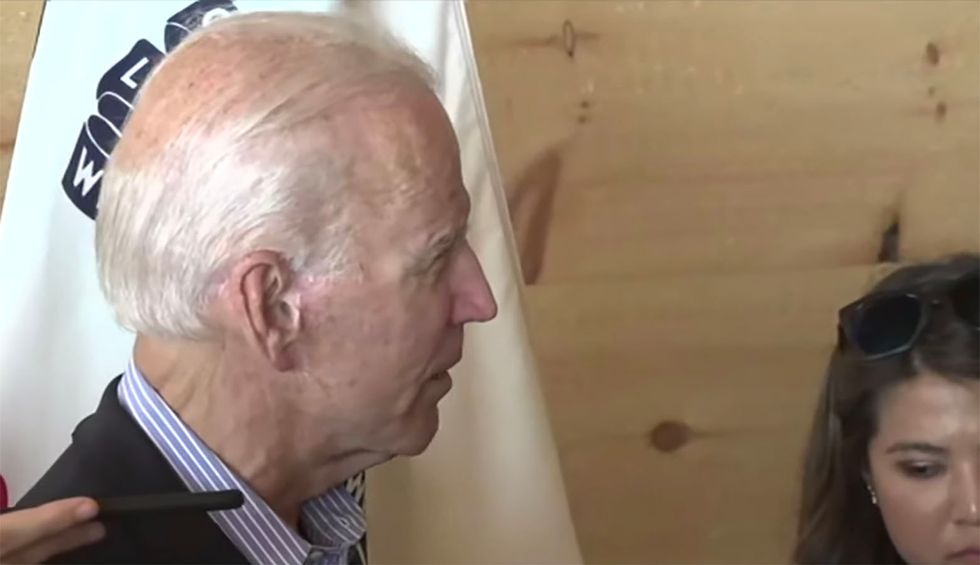 Just before Joe Biden took the stage at CNN's 2020 presidential forum on the climate crisis in New York Wednesday night, The Intercept reported the former vice president on Thursday is planning to attend a big-money fundraiser co-hosted by a fossil fuel executive—news that sparked immediate fury and calls for him to cancel the event.

"Holding this fundraiser clearly violates the spirit of the No Fossil Fuel Money pledge that Biden signed," Varshini Prakash, co-founder of the youth-led Sunrise Movement, said in a statement. "If Biden is serious about taking on the power of the fossil fuel lobby, why is he going to a fundraiser hosted by the co-founder of a natural gas company?"

During the CNN town hall, Issac Larkin, a doctoral candidate at Northwestern University and a volunteer with Sunrise Chicago, directly confronted Biden over the planned $2,800-per-ticket fundraiser, which is set to take place at the New York home of investment banker David Solomon.

"How can we trust you to hold these corporations and executives accountable for their crimes against humanity when we know that, tomorrow, you are holding a high-dollar fundraiser hosted by Andrew Goldman, a fossil fuel executive?" Larkin asked.

Pressed by CNN host Anderson Cooper, Biden said he "didn't realize" Goldman's position and insisted he was told by his staff that Goldman "did not have any responsibility remaining to the company."

As Splinter reported following the exchange, despite Biden senior adviser Symone Sanders' efforts to deny that Goldman fits the definition of a fossil fuel executive, it "very clearly says on the website for Western LNG that Goldman is a co-founder of the company. It also says that on his LinkedIn."

"It just so happens that in a 2018 filing in Canada, Goldman is described as part of the company's senior management team," according to Splinter. "'He is a long-term investor in the liquefied natural gas sector,' the filing offers helpfully."

The Intercept also pointed to a 2018 industry press release that "speaks about Goldman as having a present-tense role in the company... He's also the second person listed under 'leadership' on Western's site."

Biden told Cooper he plans to look into the role Goldman, who served as an adviser to Biden while he was in the Senate, plays in the fossil fuel industry.

Sunrise's Prakash said "if Biden wants to be taken seriously on climate change, he needs to cancel this fundraiser."

"We know how this works: Fossil fuel millionaires drive us towards an uninhabitable future, then host fundraisers and expect the next president to take their advice on policy," said Prakash. "That corruption got us into the crisis our world faces today. And that corruption needs to end if we're going to have any chance at securing a livable future."