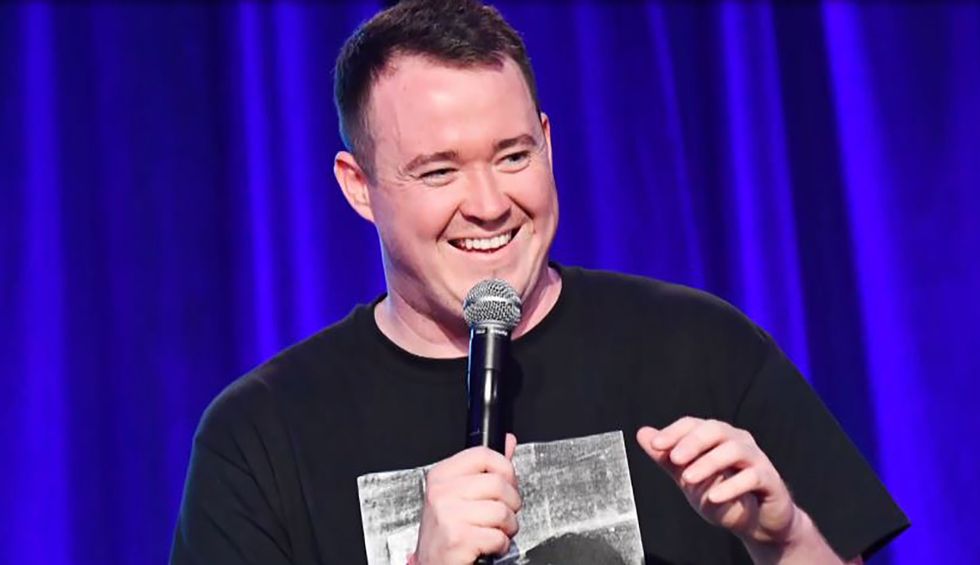 In a decisive win in the shadow war on risky, groundbreaking comedy being waged by social justice warriors and gyno-socialists, recently hired “Saturday Night Live” featured player Shane Gillis has been fired prior to the sketch comedy’s 45th season premiere.

“We want ‘S.N.L.’ to have a variety of voices and points of view within the show, and we hired Shane on the strength of his talent as comedian and his impressive audition for ‘S.N.L.’” a spokesperson for the show said in a statement issued on Monday. “We were not aware of his prior remarks that have surfaced over the past few days. The language he used is offensive, hurtful and unacceptable. We are sorry that we did not see these clips earlier, and that our vetting process was not up to our standard.”

Gillis, who describes himself as "a comedian who pushes boundaries," was one of three new additions to the “Saturday Night Live” cast announced last Thursday, hired alongside improvisational actor Chloe Fineman and Bowen Yang, the first East Asian performer in the late-night sketch series’ history.

Prior to being bumped up to featured player status Yang was a writer for “SNL,” part of a room that includes of several writers of color and women. He joined the staff during the 2018–2019 season.

During the same period of time Gillis served as co-host of “Matt and Shane’s Secret Podcast,” where he and co-host Matt McCusker were busily breaking new ground in joke writing by mocking Chinese accents and saying of Chinatown, “Let the f--king ch--ks live there, eh?” He paves original roads in stand-up by referring to an entire group of people as “Chinee” for no purpose other than saying it that way.

In similar podcasts, a visionary Gillis merely utters slurs used to refer to LGBTQ people and other minorities in conversation without actually creating anything resembling a bit.

When you think about it, Gillis could have been quite helpful to “SNL” writers, since in one particularly novel podcast he and McCusker take it upon themselves to rank comedians not by their individual talent but by gender, sexual orientation, and race. Which, again, has never, ever been done before!

This isn’t the first time “SNL” or other series have dealt with a hire’s past coming back to haunt them. When Melissa Villaseñor joined the show in 2016, a number of her not-so-great tweets were exhumed. Trevor Noah’s ill-conceived social media bombs from early in his career also recirculated after his hiring to host “The Daily Show.” In both cases the actors apologized and their respective employers rode out the storm, mostly because their Twitter misfires were effectively ancient history (Noah's dated back to 2010).

But the segments from the Gillis and McCusker podcasts, which they promoted in part with a highly revolutionary photo of McCusker sitting on a toilet while a grinning Gillis points at him, were gifted to the world nary a year ago. Freelance writer, comedy reporter and professional killjoy Seth Simons brought them to light on Twitter soon after Gillis' casting was announced.

Thus the inclusion covens and politically correctness hordes were placed on high alert, and enemies of simple good times such as Vulture writer Megh Wright descended upon this burgeoning Einstein of comedy and set about stripping him of the greatest opportunity of his young life.

Among the discoveries Vulture made: Kate Banford, the freedom-of-expression-hating co-owner of The Good Good Comedy Theatre in Philadelphia, had stopped working with Gillis some time ago “because of racist, homophobic, and sexist things he’s said on and offstage.”

Even though Gillis responded to all the joke-hating nannies of the world by issuing a very genuine, heartfelt offer to “to apologize to anyone who’s actually offended by anything I’ve said,” it was for naught.

As is the case in every other high-profile industry where people gain opportunities via networking, much of a comedian’s success is related to who he or she knows and whether he or she is liked by the right people. See Tiffany Haddish’s Netflix series “They Ready” as an example of a comedian using her clout to elevate the people who worked anonymously beside her. Not many do that for their peers.

Gillis’ situation adds fuel to the chain of screaming over whether cancel culture is ruining comedy, since marginalized people are suddenly speaking up after decades of silently putting up with dehumanizing slurs passed off as "he went there" brilliance — what snowflakes! But the fact cannot be ignored that Gillis somehow got into the "SNL" audition pipeline.

"I’m a comedian who was funny enough to get SNL,” he tweeted out in response to news of his firing. “That can’t be taken away. Of course I wanted an opportunity to prove myself at SNL, but I understand it would be too much of a distraction.”

Scores of far edgier comedians working today land jaw-dropping jokes about everything from eating babies to AIDS to, yes, race and culture. They may never get a shot at performing for Lorne Michaels for any number of reasons unrelated to their talent. Gillis, meanwhile, recently scored a set in Comedy Central’s Clusterfest in addition to his three minutes of "SNL" fame, making him more of a known quantity in the wider comedy world than many other performers.

“I respect the decision they ["SNL"] made. I’m honestly grateful for the opportunity,” Gillis said.

He added, “I was always a mad tv [sic] guy anyway,” referring to the Fox series that counted Bobby Lee in its cast. No word on whether Lee or any other “MADtv” alumni considers that to be a compliment.

Gillis’ firing on Monday was met by a planetary-wide rending of polo shirts and tan Dockers as champions of the right to yell pejoratives and call such acts brave and fresh mourned the felling of this grand comedic sapling so early in his career. Even Democratic presidential contender Andrew Yang did not wish for Gillis to be fired, despite knowing the comic cleverly referred to Yang as a “a “Jew ch--k” on another podcast.

“We would benefit from being more forgiving rather than punitive,” Yang said. “We are all human.”

Historically white male comedians have had a difficult go of it in the world of comedy, particularly those who compete to be part of the “Saturday Night Live” ensemble. While Salon hasn’t done the precise math on the subject, it’s probably not too farfetched to estimate the number the white men brought on as players and writers on “SNL” over nearly half a century of its existence to be somewhere in the shockingly low range of 80 to 90 percent of its hires.

With “SNL” off the table, Gillis’ options are now likely limited to appearing on Netflix specials, opening gigs for the likes of Bill Burr, and network sitcom deals. Until then, at least he has a chance to earn the respect and support of one very important fan, who might put Gillis on the road to the comeback everyone in his situation deserves by hiring him to warm up the crowds during his current multi-state tour.

The new season of “SNL” premieres on Sept. 28, and will be hosted by Woody Harrelson with musical guest Billie Eilish.